Can Hoole pick up where he left off at Jets?

Andrew Hoole’s career stalled on the back of his failure to become the dynamic attacking player Sydney FC hoped he would be. 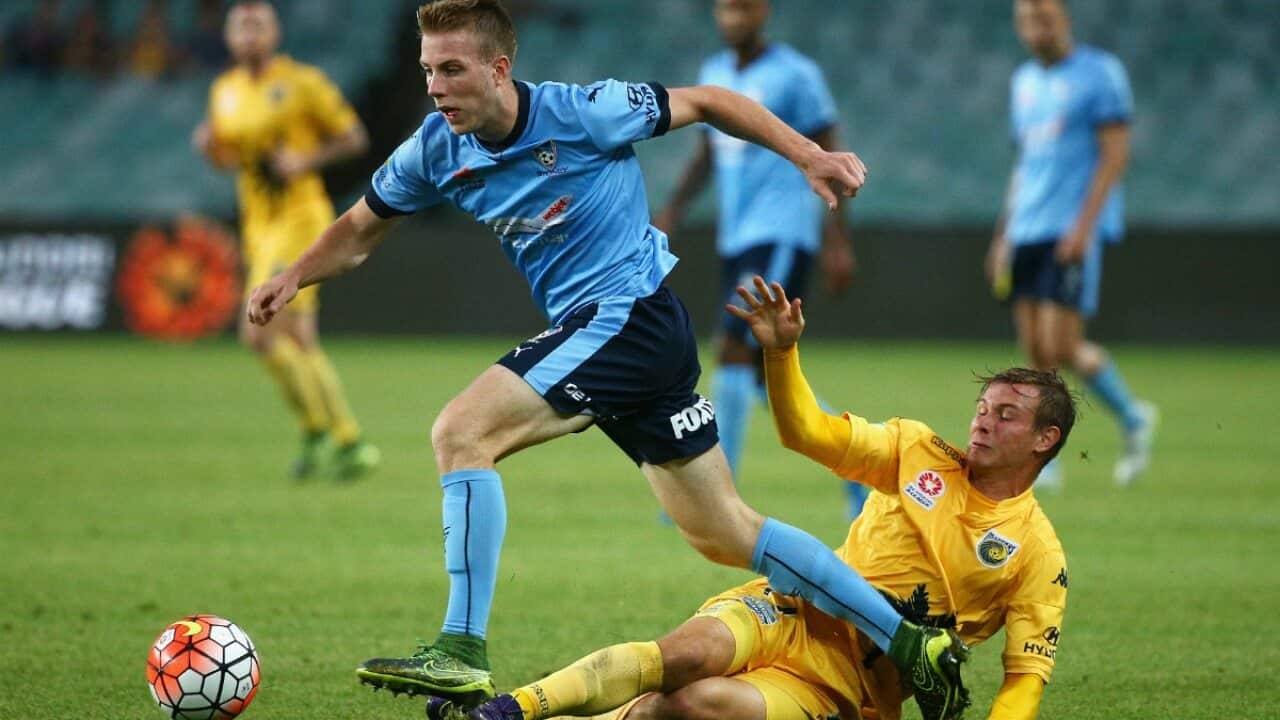 How much of that was Hoole’s fault and how much of it was the fault of the coaching staff is not clear, but it is a fact.

Now it is the challenge of Newcastle Jets coach Scott Miller to get the best out of Hoole with the second year A-League head coach confident in his abilities.

Sky Blues coach Graham Arnold was gushing in his praise of the then 21-year-old when he signed Hoole a little over 12 months ago.

“Andrew is a quality young player with a proven track record in the Hyundai A-League,” Arnold said at the time. “I’m looking forward to working with him and I can’t wait to nurture the talent that he has already displayed this season.”

It obviously didn’t work out as well as either Arnold or Hoole would have liked, to the extent the Sky Blues announced last Monday that Hoole was being released after just one year of his two-year contract.

Hoole played 15 games for Sydney and started in just six of those. He didn’t score any goals and he didn’t create enough of them for others.

The goal-scoring problem was, of course, there for Hoole before he joined Sydney. He had scored just one goal in 50 games for Newcastle and that was from the penalty spot. Now it’s one in 65 games, which is obviously a very poor return for an attacking player.

Hoole knew full well when he signed for Sydney that he needed to fix that and not long before the season began he told The World Game how he had been working on it.

“’Arnie’ is helping me a lot in that area as well," Hoole said. "Obviously it was a factor last season, I didn't get enough goals, but I'll be looking to rectify that this season and bang in a few goals. I'm working hard at training to make sure that happens.

"Shooting practice is one thing, but I'm also working on my positioning in the front third and the timing of runs and things like that. I’m working on where to be at certain times in the match, so that I'm in the best place to take advantage of the ball coming to me."

Whatever work was done, it didn’t bear fruit in the form of goals.

But while Hoole’s career hit a major hurdle last season, the fact remains that he looked like an outstanding prospect at Newcastle before that. He was the stand-out player for them in what was, overall, a disastrous 2014-15 season for the club.

So, at just 22, the potential must still be there. Sometimes, a player is suited at one club and when he moves to another club he just isn’t as comfortable there and it doesn’t work out, for whatever reason.

But what is Hoole, positionally? Is he a winger? Or an attacking midfielder? Could he even be crafted into a genuine playmaker?

That is the challenge for Miller, to truly establish in which role Hoole is best suited.

“His technical ability and potential is what I look at,” Miller said, when the Jets announced Hoole’s signing. “And in Andrew I believe we have a player capable of positively influencing matches.

“Over the next 12 months we want to see Andrew go to the next level technically and tactically, and expect him to become a commanding figure within our squad.”

It was a year of going nowhere for Hoole, but there is no doubt he can go forward again, under the right circumstances. It is going to be interesting to see how it all works out for him – and the Jets.