The FFA Cup's latest hero, Canberra Olympic goalkeeper Angelo Konstantinou, said just because his team had finally drawn an A-League side as their next opponents - it didn't mean their dream of winning the knockout competition was over. 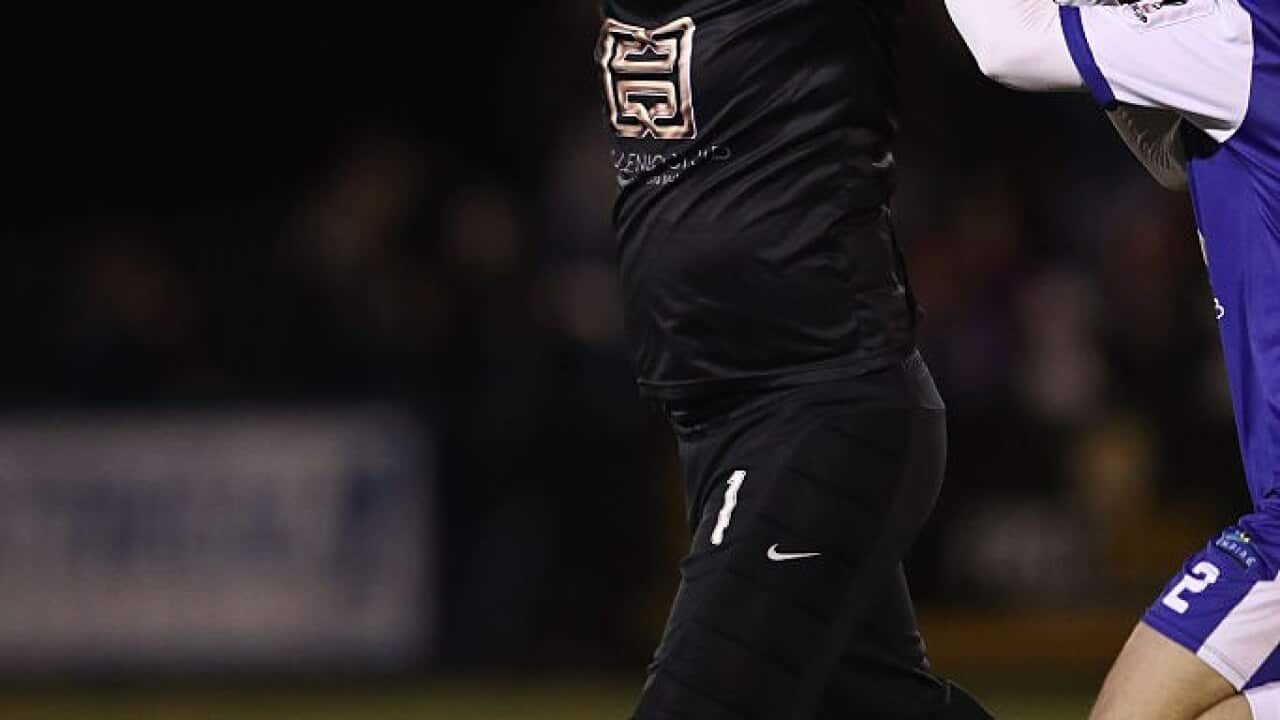 Canberra, who came up with the winner deep into second-half added time - when Konstantinou converted a penalty to secure a 1-0 result over Green Gully in their quarter-final at Deakin Reserve on Tuesday night - will play Sydney FC in the semi-finals next month.

The date and venue are yet to be confirmed, although the game will be in Canberra.

"Obviously the first thing you think is that it's going to be a very difficult game," Konstantinou told The World Game.

"But, in saying that, the A-League clubs haven't won all their games against NPL clubs.

"So anything is possible and they're coming to Canberra, so we'll see what happens.

"The pressure will be on them. We try not to put pressure on ourselves, win or lose, and as long as we play the best we can I think we'll do ourselves proud and the club proud.

"We'll go in believing we can win. If you into a game thinking you're going to lose, then you've already lost the battle.

"You've got to go in there to give it your all. If you give it your all and you lose, then you can hold your head up high and walk off knowing you've done all you can do."

Konstantinou, 37, has had a dizzying few weeks involving both playing and travelling.

He played in the major semi-final of Canberra's NPL Capital campaign, but then left for Colombia to represent Australia at the 2016 FIFA Futsal World Cup.

After spending a few nights in Las Vegas with several teammates on the way back, he rejoined the Canberra side.

Konstantinou then stepped up to take the spot-kick against Green Gully and ignored sledging from the opposition to smash the ball into the back of the net.

"They were giving it to me," he said.

"Calling me this, calling me that. I just told them, 'mate, been there, done that, you can say what you want' and then they just looked at me.

"They were arguing to the ref that the ball wasn't on the spot either, but he checked and it was fine. They were trying to put me off, but they realised it was pointless."

Asked when he last missed a penalty, Konstantinou replied: "I did miss one in the local league, the major semi-final against Cooma Tigers. I missed in normal time, but then I scored in the penalty shootout. It was just before I left for the Futsal World Cup.

"Penalties like last night's one are a bit more difficult, up against more experienced 'keepers, but being a 'keeper myself I kind of know what they're thinking, so I've got a bit more of an advantage."

Canberra have now eliminated the two NPL teams who beat A-League teams in this year's cup.

Queensland side Redlands United beat Adelaide United, before losing to Canberra in the Round of 16. Victorian team Green Gully beat Central Coast Mariners in the Round of 32.

And Canberra did it despite being a man down after having midfielder Adam Rogic, the brother of Socceroos star Tom, sent off on the hour mark.

Konstantinou said nights like Tuesday were what made the cup so special.

"As they say, it's the magic of the cup," Konstantinou said.

"I think that sums it up. I don't think people can predict what's going to happen or write a story for it until it happens, because every game brings up something new.

"The cup is the best thing that has happened to the game in Australia since the A-League was introduced. It's going to keep getting bigger and bigger."

Konstantinou said team celebrations had to be put off for a couple of reasons.

"It was an amazing feeling to win the way we did. But we couldn't go out and party because that's Canberra, unfortunately, there was nowhere to go on a Tuesday night," he said.

"Everyone in the team has got to work the next day anyway, but I'm sure we'll do something to celebrate on the weekend."