Carragher and Simpson apologise after twitter trolling goes too far 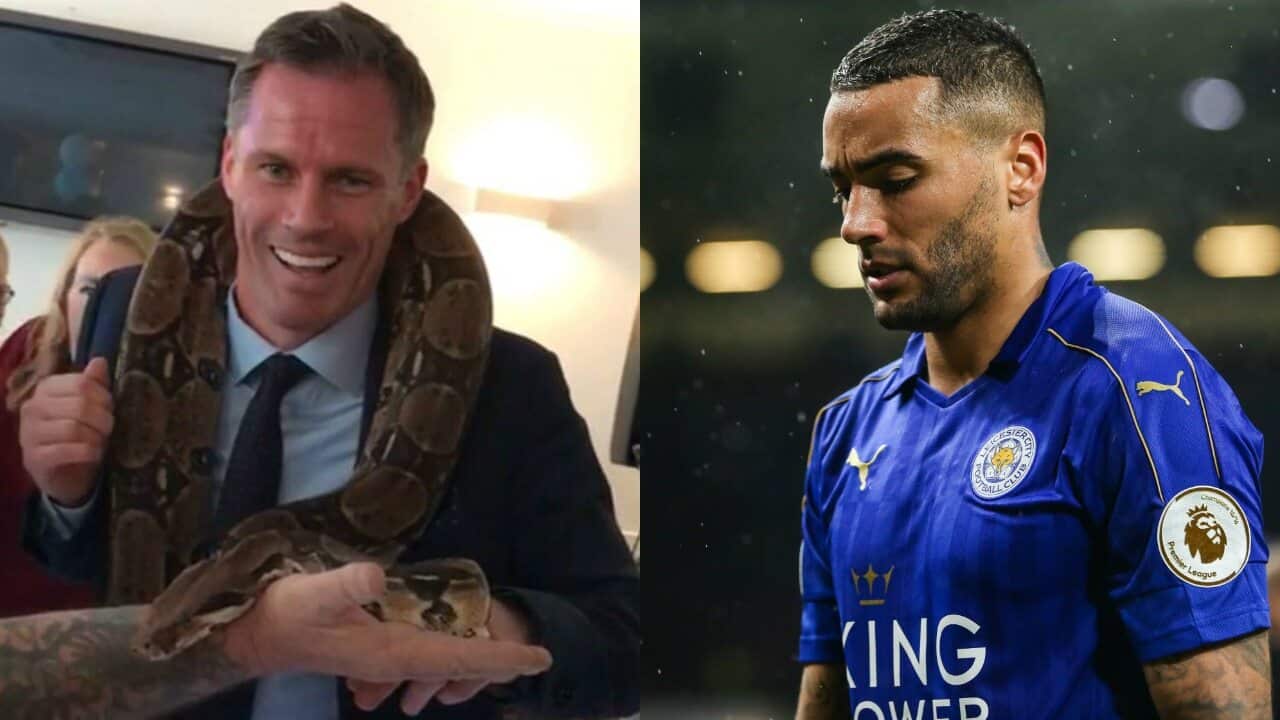 The pair first traded insults on Twitter in March when Carragher, now a Sky Sports pundit, slammed Leicester after their 3-1 win over Liverpool saying they "should hang their heads in shame" for their previous poor performances, with Simpson then returning fire on the social media platform.

READ MORE
Simpson attacks Carragher on Twitter and gets roasted

Advertisement
The two re-ignited their feud in the past 24 hours when the current Sky Sports pundit tweeted this image with a snake around his neck, in reference to Simpson's alleged involvement in the sacking of Leicester City coach Claudio Ranieri at the end of March.

At the time it was widely reported that Simpson was part of a group of players who approached the owners after the Foxes lost 2-1 away to Sevilla.

When Carragher tweeted that image of himself with the snake, Simpson responded with a series of tweets.

Carragher, who is not afraid to share his opinion in a public forum made fun of the staged photo.

Simpson responded by tweeting, "Your missus took it mate. Tell her thanks thought I forgot to say it myself," with a winking emoji attached.

Carragher was quick to bite back, "I thought this was all a joke! You've made it personal!! I don't think it was her as she's got no choke marks round her neck."

This was a reference to Simpson being found guilty of assaulting his then-girlfriend and mother of his child Stephanie Ward on December 2014.

Not long after Carragher deleted the tweet and apologised as did Simpson.