Catching up with Pascal Richard, the big Swiss Cheese 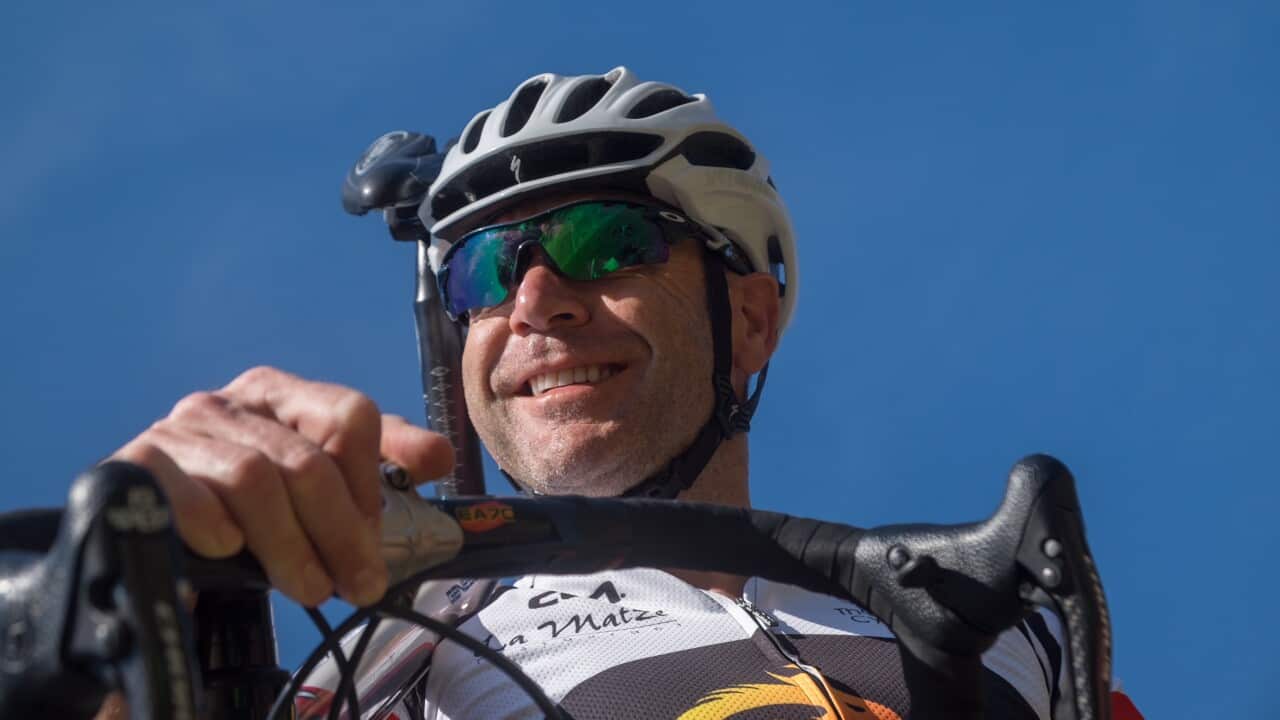 Around 20 years ago, I lined up on the start line for the Rominger Classic, a major Swiss sportive of the 1990s. It was a damp morning in Vevey, a town on the shores of Lac Leman, just a short ride from Lausanne and Geneva. I was granted the honour of lining up at the front of the multi-thousand rider field, alongside eventual winner Marco Pantani, Tony Rominger, Chris Boardman and the hometown hero – Pascal Richard, who was quietly sporting his Olympic champion ringed Casino team jersey.

Fast forward two decades and here we are, sipping a chilled Thai beer together in Chiang Mai. Pascal is a guest at the annual Thai-Swiss Cycling training camp, supported by a number of former greats of the peloton. The previous evening I'd watched the entire 1988 World Professional Cyclo Cross Championships online, a race the young Richard won in dominant style in the Swiss mud of Hagendorf.

That was an era when the Swiss dominated cyclo-cross with the Belgians a close second, and it was a time of legendary cross riders. This victory marked a changing of the old-guard; Belgium’s Roland Liboton finished second with Richard's team mate Albert Zweifel a few slots behind.

“He (Zweifel) kind of adopted me," Richard says. "And used to call me the 'enfant terrible.' He was Swiss German, and very strict with things, which was not my way," he grins. Two years before this race, and at just 22-years-old, Richard finished second behind Zweifel when he took his final of five world cyclo-cross titles.

It was a horrendously muddy day in Hagendorf making for lots of running and slippery conditions, yet at the head of affairs for much of the race were accomplished road riders Richard, Adri van der Poel of the Netherlands and Beat Breu, another multi-talented Swiss ace of the era.

It was not unusual for road stars to also ride seriously through the winter cross season. "I was already riding pro on the road, and my road season would be from around February until the end of September, with cyclo-cross slotted in-between. But I stopped shortly after this, I had different objectives," Richard says.

With a few notable exceptions, road stars today don’t tend to venture into the dirty winter chill of cross. "When you’re earning a million (Euro) a year (on the road), well – there’s no need to do it.”

He reasons with no sense of regret on the timing of his career in relation to the vastly increased financial benefits of top riders today. “It was a different era, a different time. Some older riders get a little bitter, but I never have; it’s just how it was. I didn’t make a cent from winning the Olympics (road race in 1996). I’d hired the best agent around, but he just didn’t capitalise on it, and I’m fine with that.”

Money was rarely an influence in his racing. ”To race bikes, it’s all about passion. If you go about it for money, that’s impossible, even for the riders of today, it has to be about passion.”

Rewinding to the 1988 worlds cyclo-cross, there was one long and muddy descent that skidded out. Most leading riders took a similar and direct line down it, on the brakes and slithering along, yet the youngest of them (Richard) was on the top of his handlebars, taking the long way down, which was both faster and smoother.

"Sometimes people look back and notice this, it was just my way," Richard recounts. "I used to ride front tyres with a low profile in the mud, meaning it had no real grip. The other riders thought I was crazy, but... it’s like a snow mobile; your traction is at the back and the front slides.

"If you lose it then just tap the pedal to correct it. I rarely used the brakes, and even on the road I couldn’t understand at times when riders were braking. It was all about confidence, but I take more care now.”

Now? Yes, at 53-years-old Richard's back out there spitting out the mud. “I started again about three years ago. I really wanted to feel the ambiance, and you never know, I may not be able to do it in a few years time.”

Flipping through his smartphone we look at many images from recent cross races in Switzerland. “Taking part is what it’s about for me now. When I was younger it was about winning and achieving objectives; now I realise that the ambience is more important. Sometimes I just show up an hour before, and I don’t check the course out, I start at the back of the field and just enjoy it, although, I still manage to finish okay.”

Cyclo-cross has also become something of a family affair for Richard. “My whole family come along and ride, the little ones on their balance bikes, it’s a really great family day out – they love it.”

Although he still competes at times, training slots are limited as retirement on his pro earnings was never an option. “I have an architectural business, and have done for 15 years. It was never the case that I would not have to work in retirement, and I’m very happy with how things are.”

His architectural foundations were sketched out even before he pulled on his first pro jersey. “I started racing when I was 14. My father had also been a cyclist, but had to stop when he was young, and making my living at it was not something my parents wanted. Before I turned pro I did my diploma in architecture and worked for a while. Sure, in 15 years away I forgot a lot, but gradually it came back.”

Many pro riders struggle with re-integration to civilian life, but clearly not Richard. “For many there’s a natural path into working within the sport, but I always had this (architecture) behind me, and felt no need to do that. It’s really the team leaders that tend to struggle. By nature they are dominant, are used to ordering people around and are winners. Often they have known nothing else but cycling in life.”

Following a hot week of riding in Thailand it was clear that despite a palmares that includes a Tour de France and several Giro stage wins; a Giro KOM title; a bag full of wins in major stage races; a couple of monuments; as well as an Olympic and a world cyclo-cross title, Pascal Richard simply loves cycling, and is a truly humble and approachable man, hallmarks of a truly great champion.