Belgians Sanne Cant and Wout Van Aert both successfully defended their UCI Cyclo-cross world championship titles on a muddy course in the Netherlands. 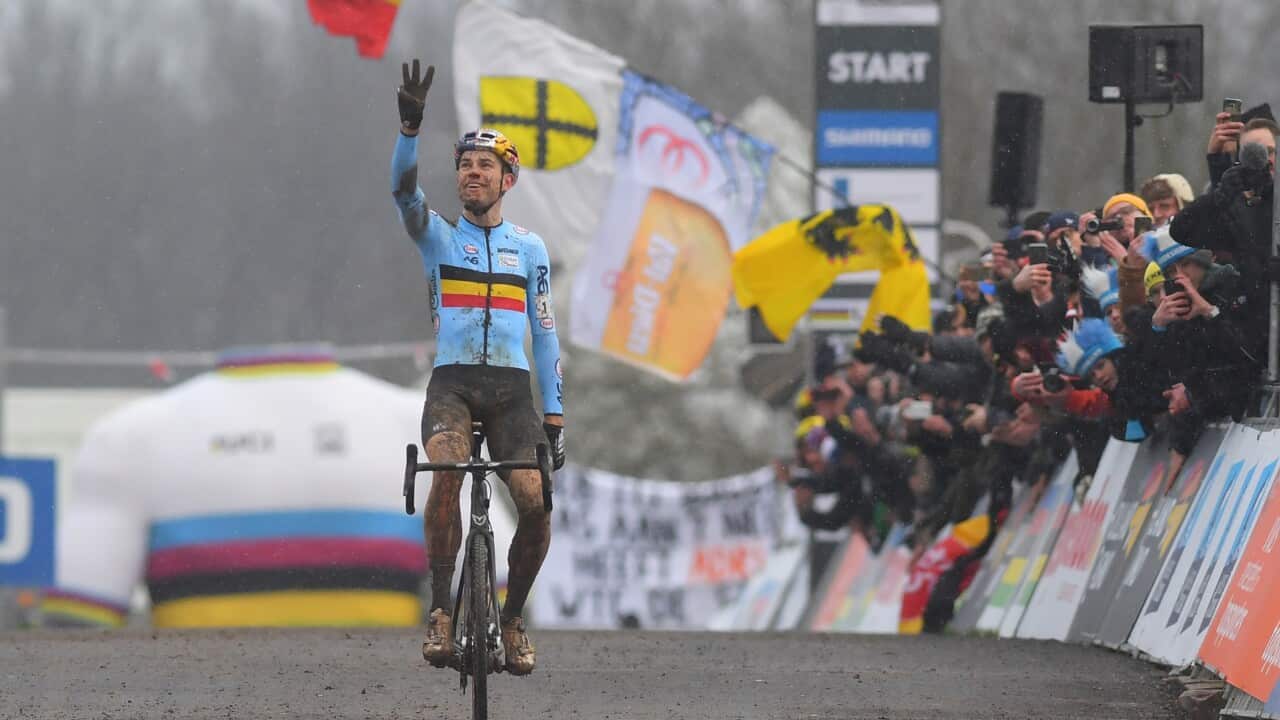 On Saturday, Cant and Katie Compton (USA) engaged in a thrilling tussle on the four-lap course featuring the famous Cauberg climb in Valkenburg- Limburg.

Cant passed early leader Christine Majerus (Luxembourg) at the end of the first lap. On the second, Compton too passed Majerus before clocking the fastest lap of the race.

Advertisement
At the halfway point, the 39-year-old American bridged to Cant, who slipped away momentarily on the snaking descent, but Compton rallied, slipping away herself and hitting the final lap with an eight second advantage over the Belgian.

It looked to be game over until Compton slowed down, no longer able to find the best lines through the mud. Cant caught the American and again pushed away on the technical descent, this time staying away to grab her second straight world title.

Winning a massive 26 out of 32 races this cyclo-cross season, home rider Mathieu van der Poel was expected to win the rainbow jersey. But Van Aert knows how to win the most important race of the season having won the past two world titles.

Van der Poel attacked in the opening lap but was unable to elude the star Belgian. Van Aert took advantage of one of the deep mud sections on the second lap, surging away from the Dutchman and quickly gained a 20 second lead. Meanwhile, Belgian Vanthourenhout bridged to van der Poel, the pair racing for second as Van Aert's lead blew out to one minute and 30 seconds.

On the fifth of the seven lap race, Van Aert went over the handlebars but with a two minute buffer and a quick recovery, it failed to shake him. On the same lap, Vanthourenhout himself slipped away from Van der Poel who on the remaining laps successfully fought for the third step on the podium with Toon Aerts.