Former Socceroo Scott Chipperfield is out to make a little piece of history as he cuts his coaching teeth with the first professional club to be funded by a players’ association. 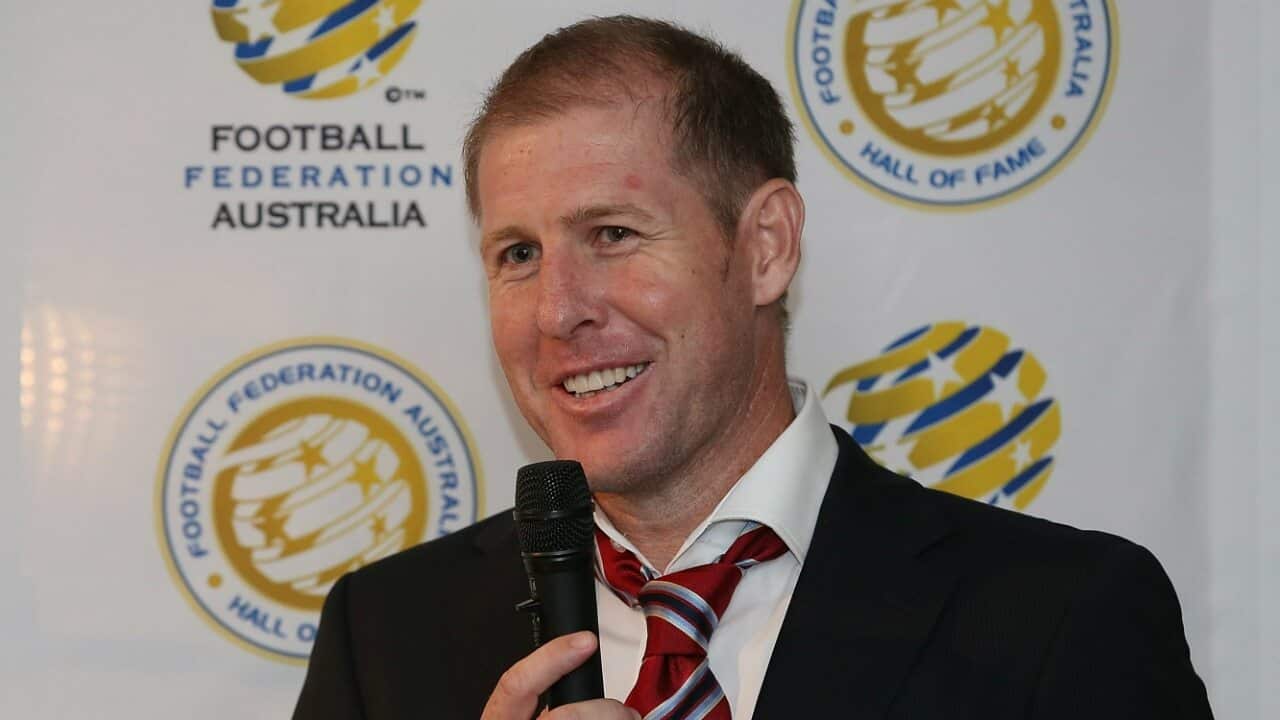 Scott Chipperfield spent the majority of his career in Switzerland Source: Getty Images

Bucking the trend of wealthy benefactors or consortiums financing clubs, third tier Swiss side FC Zurich United have become the first professional team anywhere to be wholly owned by the players’ body, in this case the Swiss SAFP.

The idea was concocted by its innovative president Lucien Valloni.

Chipperfield, who has 68 Australia caps and was one of the brightest jewels of the Golden Generation, has landed the assistant’s role alongside head coach Andy Ladner with the team marooned at the foot of the Promotion League with just six points from 17 games.

Advertisement
Taken over by the SAFP last June, the club offers a lifeline to players released from the academies of upper echelon teams, like his former club Basel, for a second crack at making the grade.

It’s a grand experiment, and it hasn’t been without its teething troubles.

“It’s a club that offers another option for players ... it’s the first club of its kind in the world," Chipperfield said.

“The only problem is the initial group of players hadn’t played at that level before.

“And it’s been hard going with only two wins so far. Twelve players have left during the winter break, at the moment we only have 14 signed up.

“We’re trying to get four or five more in before the season starts again on March 4.

“At the start of the season they didn’t pay players, but we’re paying them now but still not as much as the other teams.

“It’s about selling the idea. The thinking is that if you can play at a decent level for three or four months with us then, if you’re good enough, you can go for further.

“That’s really the idea of the club.”

The club, which was founded in 1985, are 13 points from safety with 13 games remaining in the 16-team division.

Basel legend Chipperfield, who retired in 2012, is held in high esteem by the raw recruits, and admits he’s probably better suited to playing second fiddle to a head coach.

“I’m enjoying trying to help and advise the players,” he said.

“I’m probably a bit quiet and reserved to be a head coach ... for that you need to be a little bit distant from the players and be a bit harder in your approach.”

Chipperfield, whose family are based in Switzerland, was steered towards the role by fellow Australians Brendan Schwab and FifPro vice-president and the international players union’s communications chief Andrew Orsatti, former broadcast journalist at The World Game.

With coaching kids back in Australia his main post-football path thus far, Chipperfield will be studying for his badges as his new career unfolds.