Diego Costa has enjoyed a reunion dinner with his former manager Diego Simeone on Monday, with the duo’s relationship still very close. 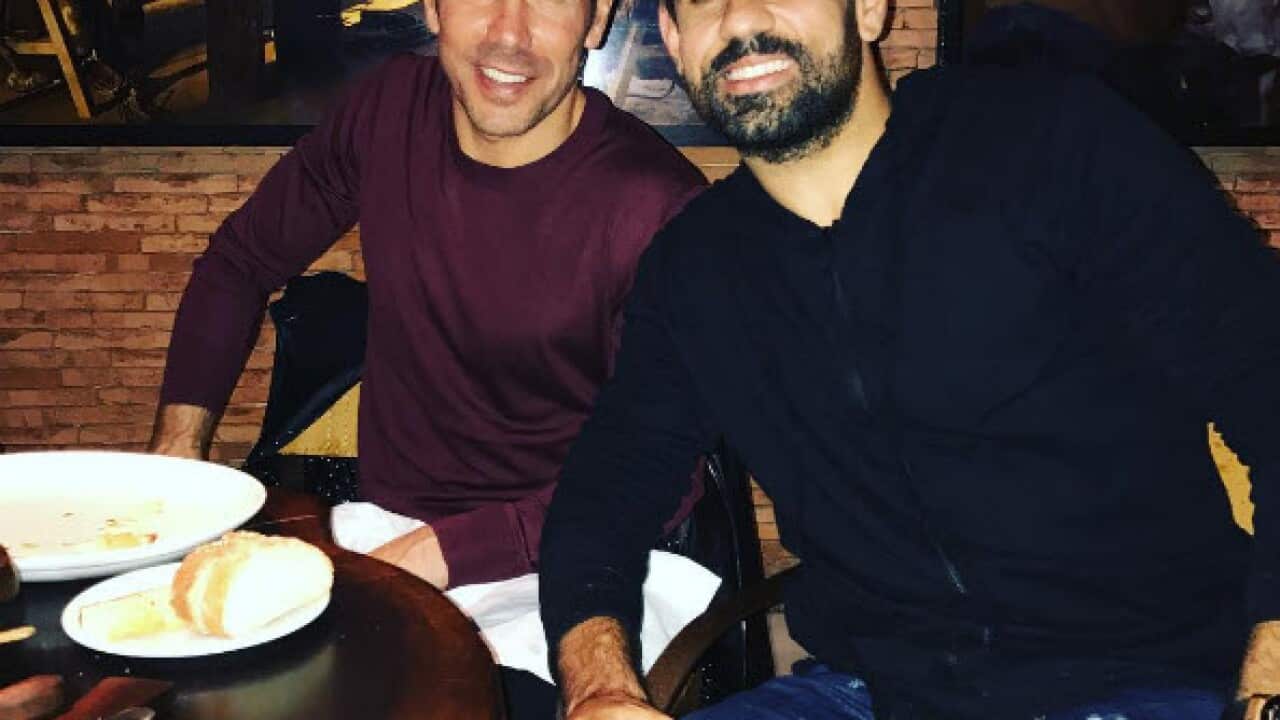 Costa worked under the Argentine for two and a half years at Atletico before signing for Chelsea in 2014.

The striker is in Spain on international duty and ahead of La Roja's World Cup qualifier against Macedonia next week he took the opportunity to catch up with his former manager, posting a picture on his Instagram account captioned: “Great reunion and great memories.”

Despite proving to be a big hit at Stamford Bridge and in the Premier League, the controversial hitman has never hidden his close affiliation with Simeone and the La Liga giants.

Advertisement
Chelsea were forced to deny rumours in August that Costa had handed in a transfer request in the hope of forcing a move back to Atletico.

After Chelsea’s disappointing 10th-place finish last season and the arrival of coach Antonio Conte, Costa said in August: “I wished I could go back to Atletico, I’m not going to lie.

“I had the chance to go back but I couldn't, because of a few details. I'm grateful to the people at Atletico, to Cholo [Simeone] especially, who has always put his confidence in me.”

Simeone has also admitted he tried to bring Costa back during the transfer window, but the move didn't materialise.

Chelsea even took the step of sending the Spanish club a letter warning them from publicly courting their star player.

Coast has been in excellent form for Chelsea so far this season and is currently the Premier League's leading goalscorer.

He scored his ninth goal of the season on Saturday as Chelsea thrashed Everton 5-0 at Stamford Bridge and looks to have re-found the form that helped the Blues win the Premier League title two season ago.