Duke down but not out in bitter-sweet J-League adventure

Australian export Mitchell Duke will remain in Japan for at least another season as he embarks on a redemption mission after a bitter-sweet debut season for Shimizu S-Pulse. 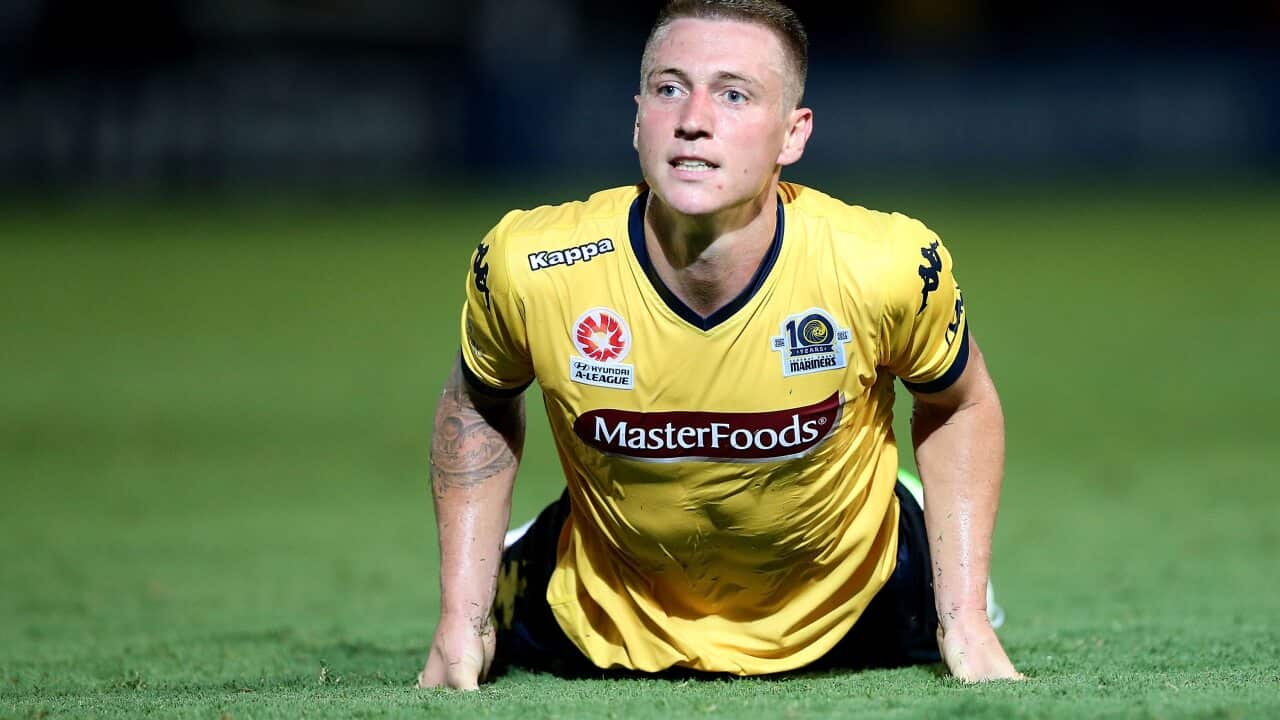 While the former Central Coast striker excelled in a newly-forged wingback role, the foundation club's relegation from the J-League for the first time in their 23-year history diluted any sense of self satisfaction.

Duke, 24, will be the front and centre of efforts to bounce straight back into the top flight as Shimizu reels from the ignominy of finishing rock bottom, courtesy of a dire run of home form which brought just two victories all season.

“We were down with three or four games to go which really was just not on,” said Duke, who will head back to Australia for a brief break following Sunday’s season-ending 2-2 draw with Ventforet Kofu.

Advertisement
“There will be a new coach next year and the club will do everything possible to get straight back up. Other teams have done it before like Gama Osaka, who bounced straight back when they went down.

“We have made history in the wrong way by going down and it is certainly not something that was unexpended when I arrived at the club. But we just weren't good enough.

“It’s been a huge disappointment for the club and the fans, who are so loyal and passionate. You could see how upset they are but they are confident and positive we will get back up there.”

READ MORE
Fan fury over leaks in a breach of trust

With one year left on his contract, and the club expressing their desire to keep him in Shizuoka, Duke has been recognised for his all-action qualities and fighting spirit.

“I had a good meeting with the directors and they are more than happy with me and they have a priority to keep me, which is good by me," he said.

“I was already contracted for next season bit it’s good to hear you are wanted. I’ve probably had my most consistent year as a professional, even though it’s been a different position, mainly as a wingback, where I have played about 75 per cent of the games.”

Amid the club's woes, he can look back on a year of personal development which he believes has helped to smooth rough edges from his game.

“It’s been a big stepping stone for me. The J-League is quite different to the A-League in a couple of aspects, with maybe its speed and intensity.

“In the A-league you get a few bigger boys, who aren’t as quick, but here you get past a player and they catch up with you.

“Technically also everybody knows how good this competition is because the players are so good on the ball.

“I’ve grown a lot as a player, which was the main reason I came to Japan. I used to let myself down a bit before on the ball with my touch and I think my passing has also improved. I have also got a lot fitter."

Next season, Duke will be pushing to revert to his favoured role where he can score some goals.

“Hopefully, knowing I have grown as a player and have improved parts of my game, I can get the chance to play as a central striker again, and give it a go," Duke said.

Duke has been keeping tabs on his former teammates at the Mariners, who have adopted an all-out attacking style this season under coach Tony Walmsley, without picking up a great deal of many points.

“It’s a very gutsy approach, and they have kept true to one thing, which is to entertain,” he said.

“But sometimes the results have to come at some point … I am hoping the boys can turn their playing quality into results. They are a good bunch of lads and definitely deserve it.

“I am in touch with the boys there and I know the spirit will still be there, with Monty (Nick Montgomery) as captain you can be sure of that.”