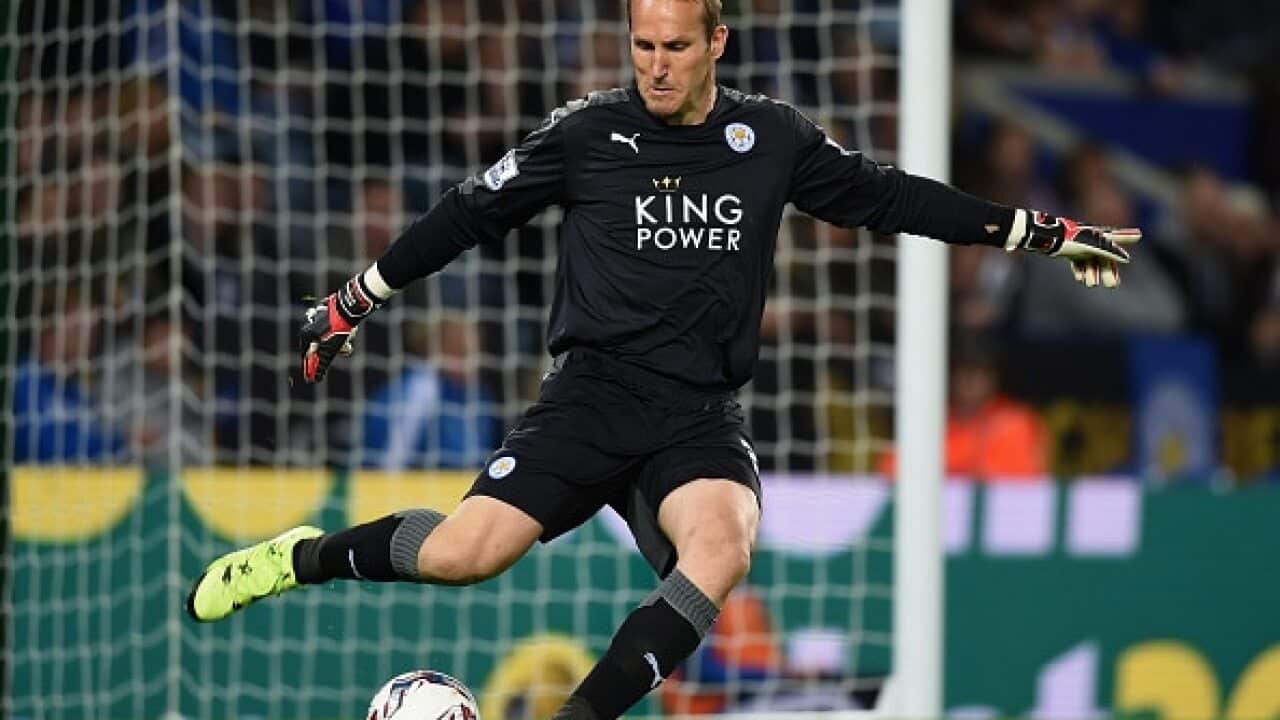 Leicester were crowned kings of English football after Tottenham coughed up a 2-0 lead to draw 2-2 with Chelsea at Stamford Bridge.

Ex-Socceroos shot-stopper Schwarzer joined Eric Cantona - Leeds United and Manchester United in 1992 and 1993 - as the only players to win consecutive EPL titles for rival clubs.

Schwarzer also is the oldest player to win an EPL title.

Schwarzer is also the first player in EPL history to win back-to-back league titles with different clubs without playing a single minute.

Schwarzer did not play an EPL game for Chelsea last season and while he has again failed to play the minimum of five matches needed to qualify for a champion’s medal, the Foxes are expected to follow the lead of the Blues and pay for the Australian to be given a medal.

Ex-Leicester and Socceroos defender Patrick Kisnorbo - who retired earlier this week - said Schwarzer proved dreams can be fulfilled regardless of age.

"He is the ultimate professional and it is fitting for him to go back-to-back," the recently-retired Kisnorbo told Omnisport.

"It's something he'll cherish, even at the latter stages of his career. He is a Premier League winner."

Schwarzer has made three appearances this season but none have come in the Premier League, as Kasper Schmeichel helped Leicester defy the odds.

Kisnorbo - a former international team-mate of Schwarzer's who spent four years at Leicester - added: "Age is just a number at the end of the day.

"He has proved to a lot of people that it doesn't matter how old you are, you can still succeed, still strive and achieve your dreams.

"Okay, he didn't play a lot of games but he was definitely part of it. He definitely pushed Kasper Schmeichel. If Schmeichel made a mistake, Schwarzer would've been there. It's a great story."

Leicester’s final two EPL games — against Everton at home next weekend and Chelsea away on the final day — will now become a celebration.