Midfielder James Jeggo has little time for reflection or rumination after failing to make the Socceroos cut, with looming Europa League qualifiers providing an outlet for any simmering frustration. 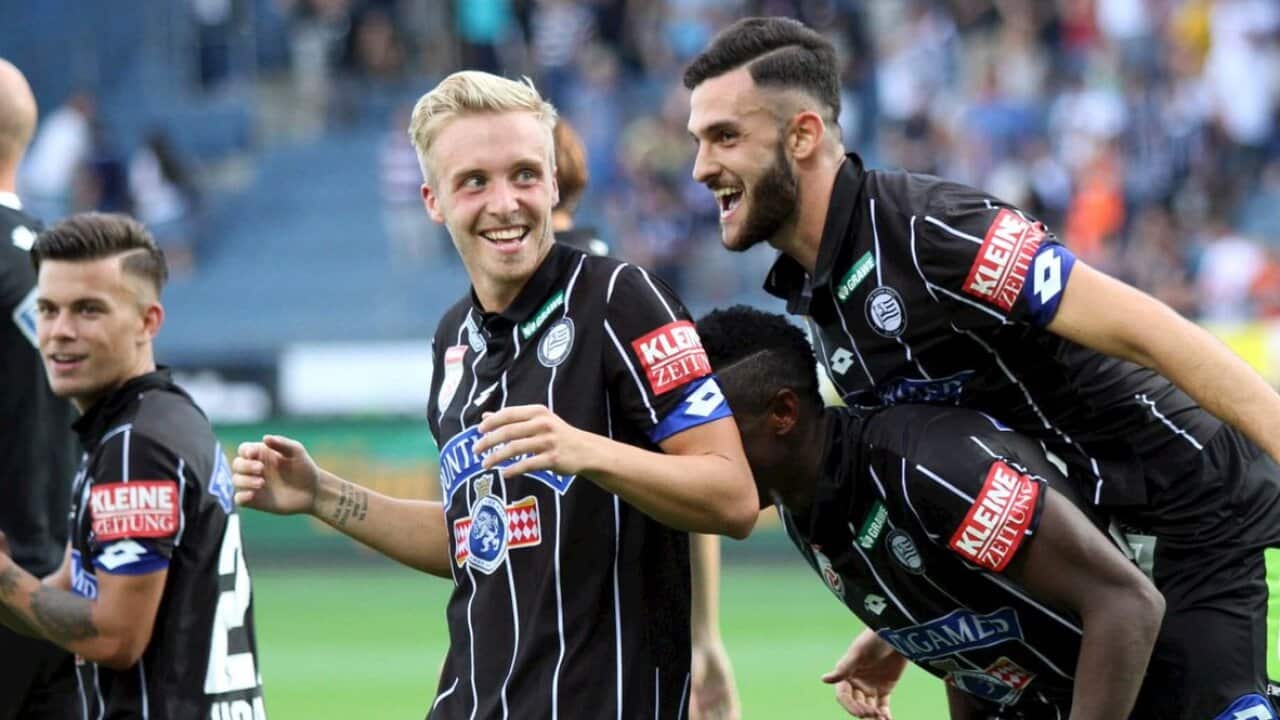 On June 29, the same day as the second of the semi-finals at the Confederations Cup - the long and winding road to the Europa League group stages begins.

And the uncapped Jeggo, after a brief break, will be front and centre for his Austrian club Sturm Graz after a third place finish in the Bundesliga.

It's been a breakout season for Jeggo in his first foray into Europe, and the 25 year old can consider himself unlucky to have been one of the seven players omitted as Australia's squad for June's hectic schedule was trimmed from 30 to 23.

Especially in the light of making 35 appearances in all competitions for his club, despite picking up an injury which rubbed him out of March's qualifiers against Iraq and UAE.

First called up last September and a regular camp member since, Jeggo seemed set for a recall but he has no recriminations.

"It's disappointing not to make the squad for June's games but now I just have a couple of weeks break and then it's back to prepare for the Europa qualifiers," said the former Melbourne Victory and Adelaide United tyro.

Asked if he was surprised to miss out for the World Cup qualifier against Saudi Arabia, the friendly against Brazil as well as the Confederations Cup, Jeggo replied: "As a player you can never assume anything.

"It's just a matter now of concentrating on what I can do for my club.

"I wasn't too far away from the final 23 and you just take the positives from it.

"You try not to be disappointed, have a good little break and come back firing on all cylinders for next year."

Jeggo missed out along with fellow midfielder Mustafa Amini, another whose excelled at club level in Europe, in a statement from coach Ange Postecoglou at just how deep his midfield talent pool runs.

"There's a lot of quality in that area ... one day you see Tommy Rogic banging in the winner for Celtic in the Scottish Cup final and the next it's Aaron Mooy in the Championship playoff final," added Jeggo.

"Jackson Irvine had an unbelievable year and Mass (Luongo) is also playing regularly in the Championship.

"There's plenty of competition and that's how it should be.

"You want to have to earn your place, and that's the way it is with the national team.

"With Ange, he's shown that the door is never closed and it's just about continuing to improve your game and do well at club level."

Jeggo has entered the final year of his Sturm deal and there have been some initial discussions over an extension.

But he is in no hurry to rush into anything.

"I have always seen this move as my first step into European football," he said.

"I am hoping it's a stepping stone to maybe a bigger leagues but at that the same time it's a very good level here in Austria.

"There's a lot I feel I can achieve here and a lot I can improve on at this club."