Everything you need for Manchester City v Everton on SBS

Pep Guardiola's Manchester City have set the standard so far this Premier League season. Despite a surprise defeat at Tottenham Hotspur before the international break, the Citizens will be fired up to make a return to the winners circle when they host Everton on Sunday. 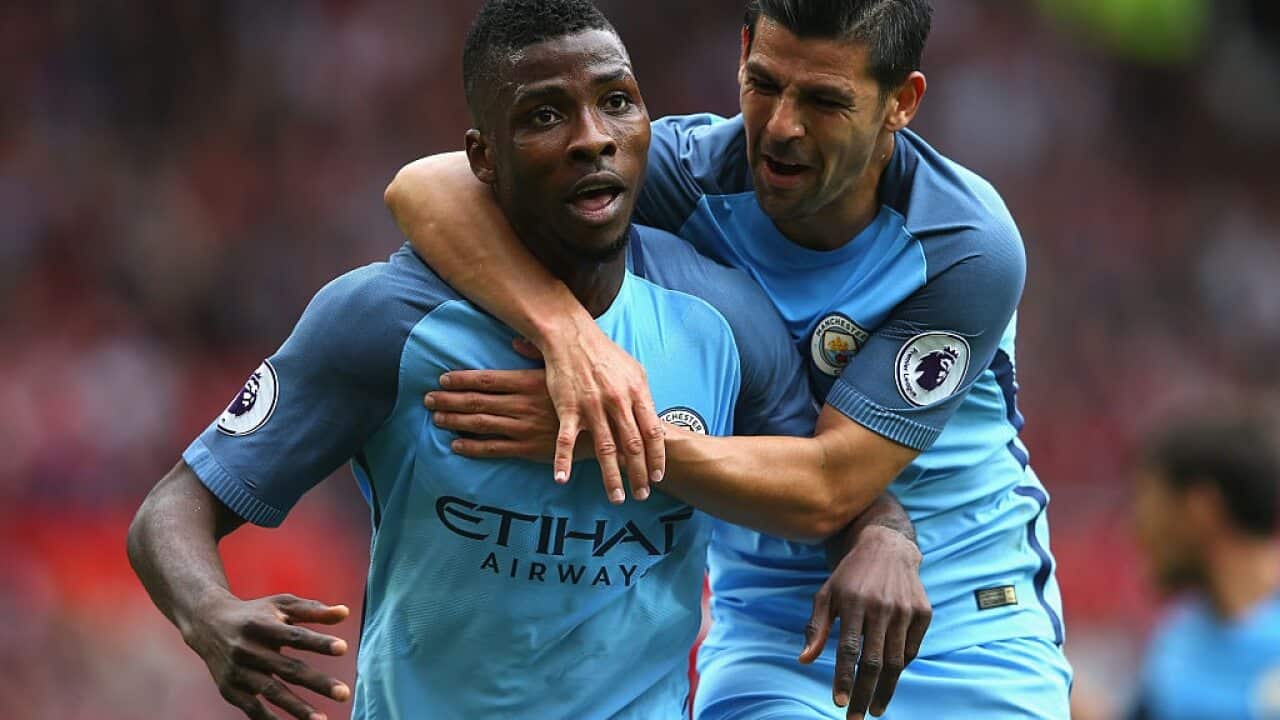 kelechi iheanacho and Nolito are expected to make a big impact during the clash with Everton Source: Getty Images

It has been a near perfect start to the Guardiola revolution at Manchester City this season. The former Bayern Munich and Barcelona coach has guided the blue half of Manchester to six wins from seven games to lead the Premier League on 18 points.

A shock loss at the hands of Tottenham a fortnight ago was the first time City has been exposed by an opposition side this season.

Advertisement
It will surely spur Guardiola's men on in their blockbuster clash with Everton.

City will most likely name a much different side to the team that started the season with a number of star players under an injury cloud.

Bacary Sagna (hamstring), Vincent Kompany (groin) and playmaker Kevin De Bruyne (hamstring) have all been ruled out of the clash, while Raheem Sterling and Fabian Delph are also doubtful to play.

Ronald Koeman has had a successful start to his tenure as Everton coach with the Merseysiders winning four from their first seven matches.

Everton went into the Premier League break with a hard fought 1-1 draw with Crystal Palace courtesy of a stunning free kick from Romelu Lukaku.

It was Lukaku's fifth Premier League goal for the season with the Belgian striker hitting some of his best form under Koeman's tutelage.

The former Southampton boss will surely take inspiration from the strategy and game plan implemented in Tottenham's 3-1 win against Manchester City as he plots to make it two defeats on the trot for Guardiola.

Koeman should have a full squad to pick from with influential defender Leighton Baines expected to make his return from a hamstring injury.

Watch our LIVE and FREE broadcast of the Premier League match between Manchester City and Everton from 12.30am (AEDT) Sunday October 16 in HD on SBS.