Honduras have recruited an unlikely ally to co-ordinate preparations for the second leg of their World Cup play-off against Australia - former Socceroo Gerry Gomez. 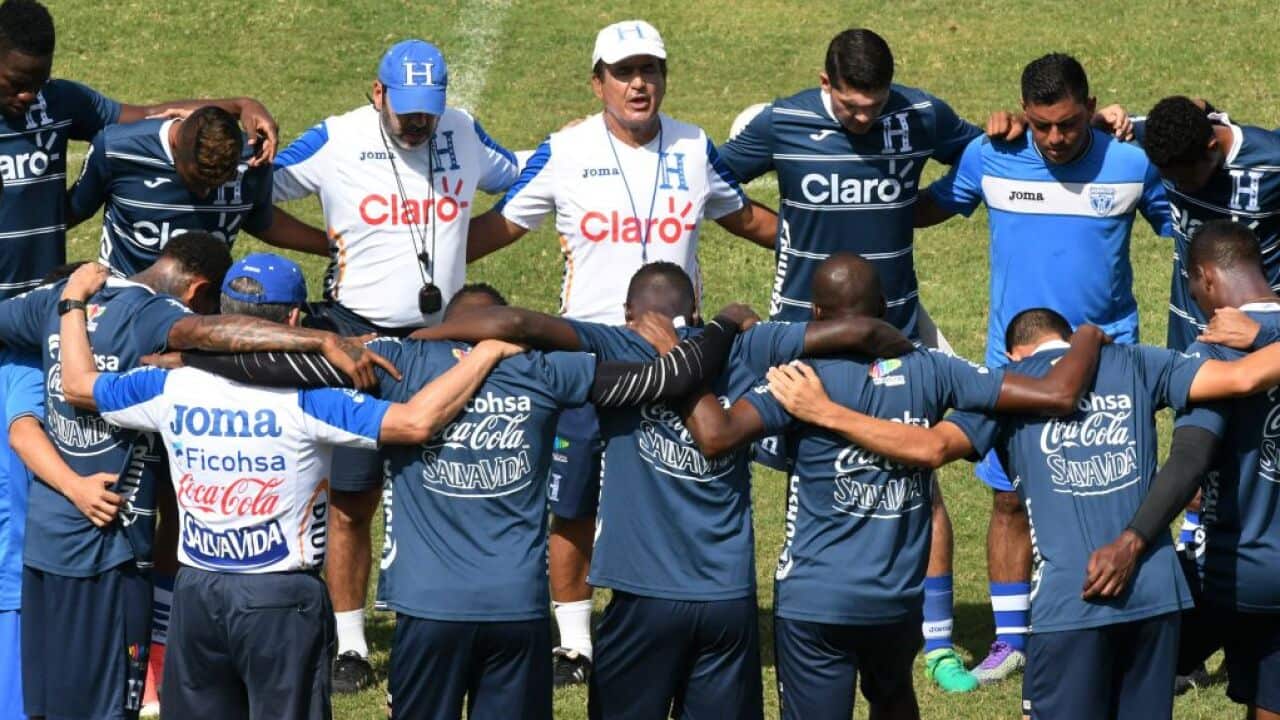 But the Costa Rican-born 58-year-old, who emigrated to Australia 42 years ago, has no conflict of interests being embedded with the enemy going into the crucial clash, and remains resolutely behind the Green and Gold.

A friendship with Honduras coach Jorge Luis Pinto - forged when he acted as Costa Rica's liaison officer for Ange Postecoglou's first game in charge four years ago - prompted Gomez to answer in the affirmative when Pinto asked him to be his team's logistics man in Sydney for the do-or-die November 15 clash.

The Hondurans will fly straight out after the first leg of the play-off in San Pedro Sula on November 10 (November 11 AEDT), stopping over in Los Angeles, before arriving in Sydney on Monday November 13.

Advertisement
After first running the proposal by the FFA, twice-capped Gomez will work to make sure things run smoothly off the field when Honduras arrive in Sydney.

On the field, the Spanish-speaking defender wants only one outcome, Australia to reach Russia 2018.

"I live here, this is my country and I want nothing more than for Australia to qualify," said Gomez, who played with distinction for four NSL clubs over a 15-year span.

"But I have relationship with Pinto ... I even provided videos for him of Korea and Japan before he took Costa Rica to the last eight of the 2014 World Cup in Brazil.

"I trust him, and at no point has he asked me, or will he, for information about Australian players.

"I'm just helping them with things like selecting their training facilities here and their accommodation, things like that.

"Pinto called me personally, and I asked the FFA if it was ok and they had no objection.

"It's a case of the Hondurans looking after us while we are there and we'll do the same here.

"I'll just try to get them to the ground to play, what happens on the field is up to the players."

Gomez is an avid admirer of 64-year-old Colombian Pinto, whose acumen led Costa Rica out of a 'group of death' in Brazil, including England, Italy and Uruguay.

Pinto's minnows then overcame Greece before going out on penalties to the Netherlands in the quarter-finals.

Which leads Gomez to believe Australia are up against a master motivator.

"The thing about Pinto is his passion, and ability to make players believe," he said.

"His teams are always so disciplined and he knows the game inside out.

"He will have Honduras in the best shape mentally and physically and qualifying for them will mean everything to the players and the country."

Gomez, who helped the Matildas prepare for the Brazil Olympic Games by scouting opponents in China, believes the outcome over two legs is on a knife-edge.

"These two games are the talk of Central America," he said.

"I wouldn't say the Hondurans are expecting to qualify but they will do everything in their power to beat Australia.

"And they have a coach who knows how to get big results.

"He's done and tremendous job so far. They beat Mexico at home, and they topped the CONCACAF group.

"Finishing fourth was no disgrace and after what he achieved with Costa Rica, anything is possible.

"He's a coach who doesn't hide his emotions and has blood boiling in his veins.

"For me, this tie is really too close to call.

"I just hope Australia win through. I think it's going to be a classic two games between two different football cultures.

"Australia need to be ready for anything and everything."