Socceroos icon Harry Kewell headlines a long list of hopefuls for the vacant Newcastle Jets coaching job, with the club vowing to unveil the successor to Mark Jones within three weeks. 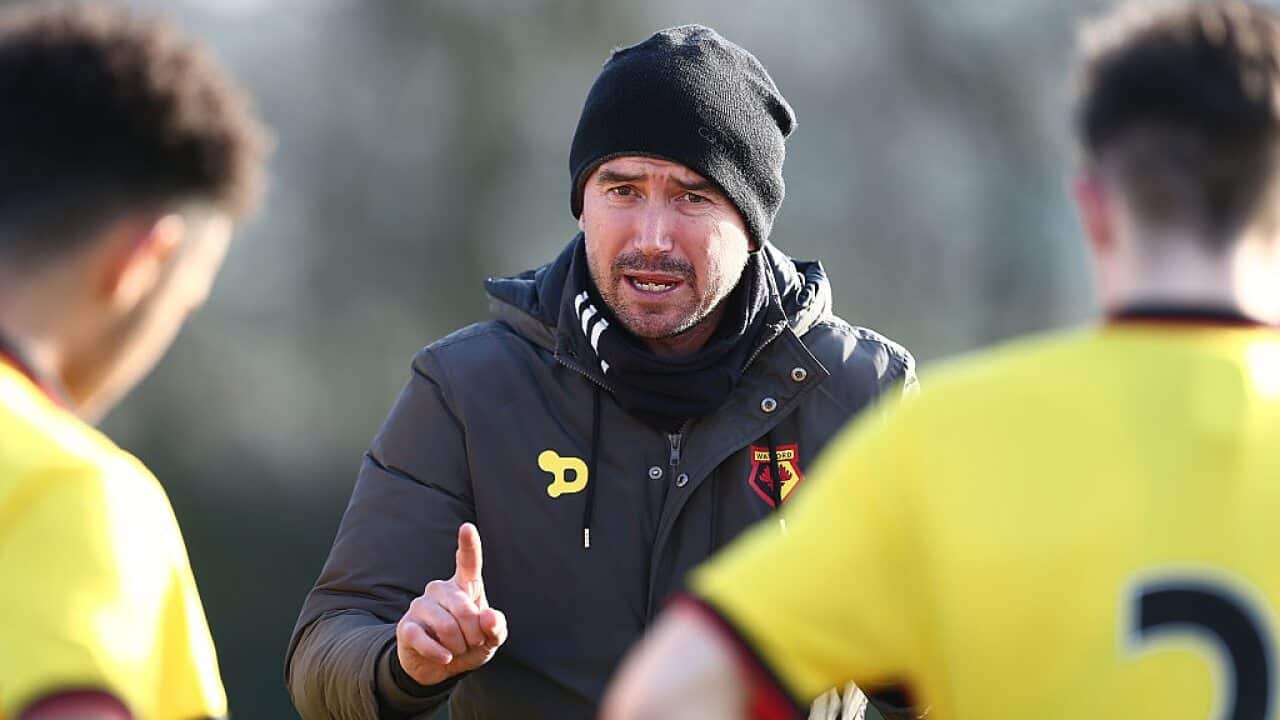 Former Leeds and Liverpool star Kewell, 38, was dismissed from his role as Premier League Watford's under-23s chief last week, after a run of poor results.

But, having previously done well with the Hornets' under-21s, Kewell is being seriously considered for what would be a maiden senior coaching gig following the sacking of rookie coach Jones.

Despite the appeal of Kewell's star power, former Melbourne Victory and Wellington coach Ernie Merrick is believed to be the strong front-runner.

Advertisement
It's understood the Jets have already received in excess of 50 applications from within Australia and overseas, with another former Leeds and Liverpool star Robbie Fowler also putting his hand up along with Teddy Sheringham.

Former Manchester United and Tottenham striker Sheringham lost out to Jones the last time the position was vacant.

One-time Brisbane Roar mentor Mike Mulvey is also in the mix, with no shortlist as yet finalised.

Just last month, Kewell expressed his desire to coach in the A-League at some stage during a visit to promote the FIFA Confederations Cup.

That opportunity may come sooner than he anticipated, even though - after the failure of rookie coaches Jones, Scott Miller and Phil Stubbins - Jets chief executive Lawrie McKinna is leaning towards a figure with at least a modicum of high-level experience in selecting who will take over the A-League wooden spooners.

Jets football operations chief and club legend Joel Griffiths made it clear Kewell's star power was seductive, while stating his relative lack of experience would not necessary count against him. Or anybody else in the field

"If somebody pops up who we are interested in, and who we've had good feedback on, then we will look at them," he said.

"With Harry, he'd bring plenty of headlines and he has a great playing pedigree.

"I don't know so much about his coaching pedigree.

"But then you give somebody a chance and maybe you say 'wow, he can coach as well'.

"It's a balancing act because, as a club, we can't afford to get this wrong.

"People's jobs are on the line... mine is and the same with Lawrie.

"I am personally not afraid of making bold decisions, so long as they benefit the football club."

The risks of appointing another P-plate coach are all too clear, with Chinese owner Martin Lee not willing to see his investment further tarnished by further failure.

But Griffiths pointed out: "Yes, we've had some inexperienced coaches here in terms of A-league exposure, but not in terms of coaching in general.

"You have to start somewhere... just like Graham Arnold did at Northern Spirit.

"You have to look at everyone, whether experienced or not.

"But I have my views and Lawrie is also smart in saying we need experience.

"Logic says that experience would help."

With 10 players coming off contract and decisions needing to be made on who is signed and who is cut loose, Griffiths confirmed an appointment was a matter of some urgency.

"We have looked at a few CVs but there is nothing concrete yet," added Griffiths.

"We need to get somebody in sooner rather than later, only for the fact that we have a lot of players potentially off contract, and signings to be made."

Griffiths said all avenues and options remained open, with some of the overseas applicants possessing impressive credentials.

"You may not of heard of some of them, but you look at the clubs they have coached and the trophies they have won, and you say 'wow'," he said.

"But, with an overseas coach you have to fast track them into the A-League culture, the salary cap, the knowledge of players here and the style of football.

"There are a lot of considerations and puts overseas coaches on the the back foot a bit."