EXCLUSIVE: Sydney given 'first priority' in fight for in-demand Ninkovic

Sydney FC will be given "first priority" over the future of playmaker Milos Ninkovic, as the Sky Blues prepare to dig deep to hold on to their Serbian star. 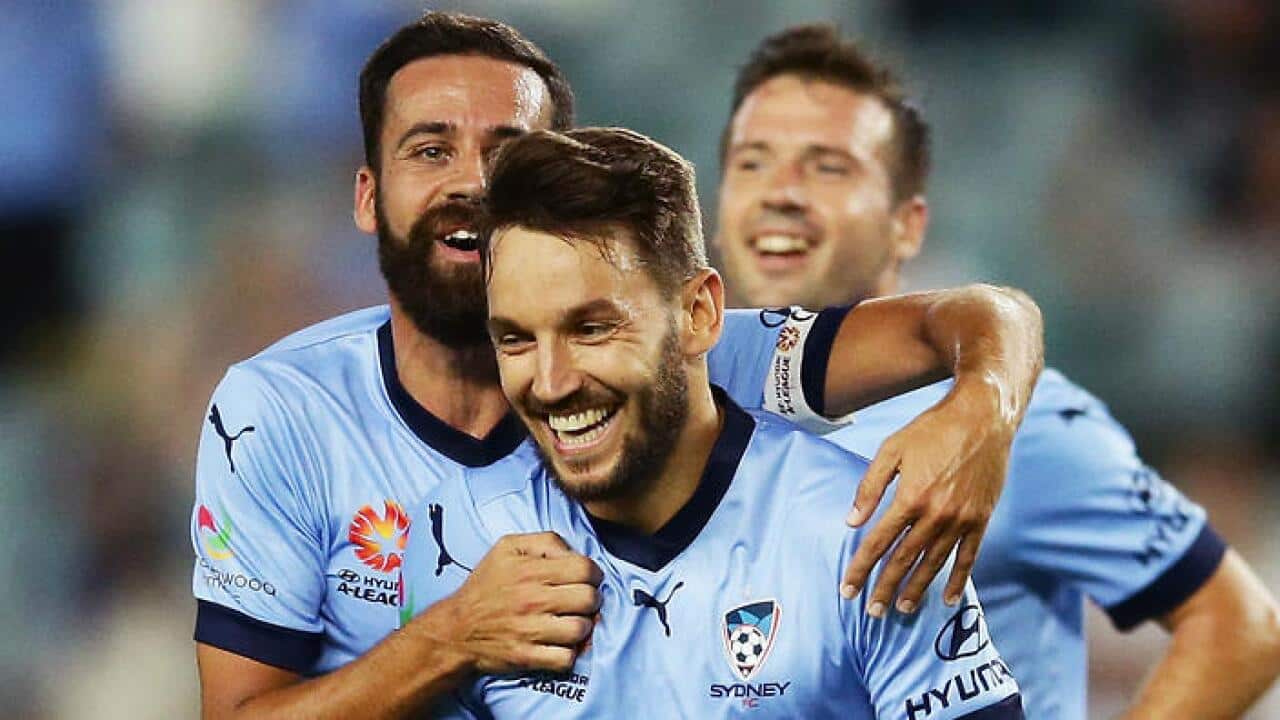 Ninkovic's Belgium-based agent, Zoran Jevtic, will be in Sydney in 10 days to thrash out the futures of not only Ninkovic, but also fellow clients, marquee winger Filip Holosko and midfielder Milos Dimitrijevic. All three are off contract at Allianz Stadium.

Jevtic confirmed there was plenty of interest for Johnny Warren medal favourite Ninkovic and declared there would be no talks with Sydney until after the season was concluded, for fear of derailing the club's quest for a premiership-championship double.

Jets on trail of Khalfallah, Austin in new Victory raid

The player agent said Ninkovic could see himself playing with the Sky Blues next season and was open to remaining in Sydney.

"Milos has been very happy at the club and of course (when looking at where he will play next season) the first priority is with Sydney FC," Jevtic said.

"I think the club has a big project looking ahead ... they want to dominate the A-League for a few years to come, and they look to be in a good position to do that.

While Graham Arnold would dearly love to keep Ninkovic, it will require moving him on to marquee wages of around $1 million a season.

The most expedient way to achieve that would be for Holosko to be brought back within the cap.

With those permutations in mind, Jevtic will have some intense negotiating to do during his stay, if he is to keep both at the club.

Were Ninkovic to move to China or the Middle East then Melbourne Victory's off-contract James Troisi has been identified as the most obvious solution for the number 10 role.

EXCLUSIVE: Troisi in talks with Sydney over marquee spot

"Sydney have two huge games ahead, a semi-final and hopefully the grand final and nobody wants to disturb anybody at such an important time," Jevtic said.

"All the Sydney players, not only Milos, have achieved a lot and it would not be good to stop now.

"It's been their biggest season in the history of the A-League and if there are now negotiations, and maybe some problem, then that could hurt the atmosphere at the club.

"Nobody wants to do anything to sidetrack them because if they don't win their semi final, then their season can blow up.

"After the grand final, then everything can be resolved ... everything is open then.

"We can sit down and decide in maybe one or two days."

Jevic, who also manages goalkeeper Danny Vukovic, has taken up the mantle of running Playmaker Football Management from his Melbourne-based brother Dragan, who built up a stable of imports across the A-League before his sudden death from a stroke aged just 37, a little over a year ago.

A former professional player in his own right, Serbian-born Jevtic said his sibling's dream was to do his bit to bring quality players to the A-League.

"He loved working in this market and it helps me heal (from his loss) to carry on that dream of his," he said.

"It makes me feel really proud.

"Like Dragan I will do my best to bring in players who will help the league reach another level. That's my objective."