Finally an owner to get the Jets flying

Here we go again. The Newcastle Jets are under new management. 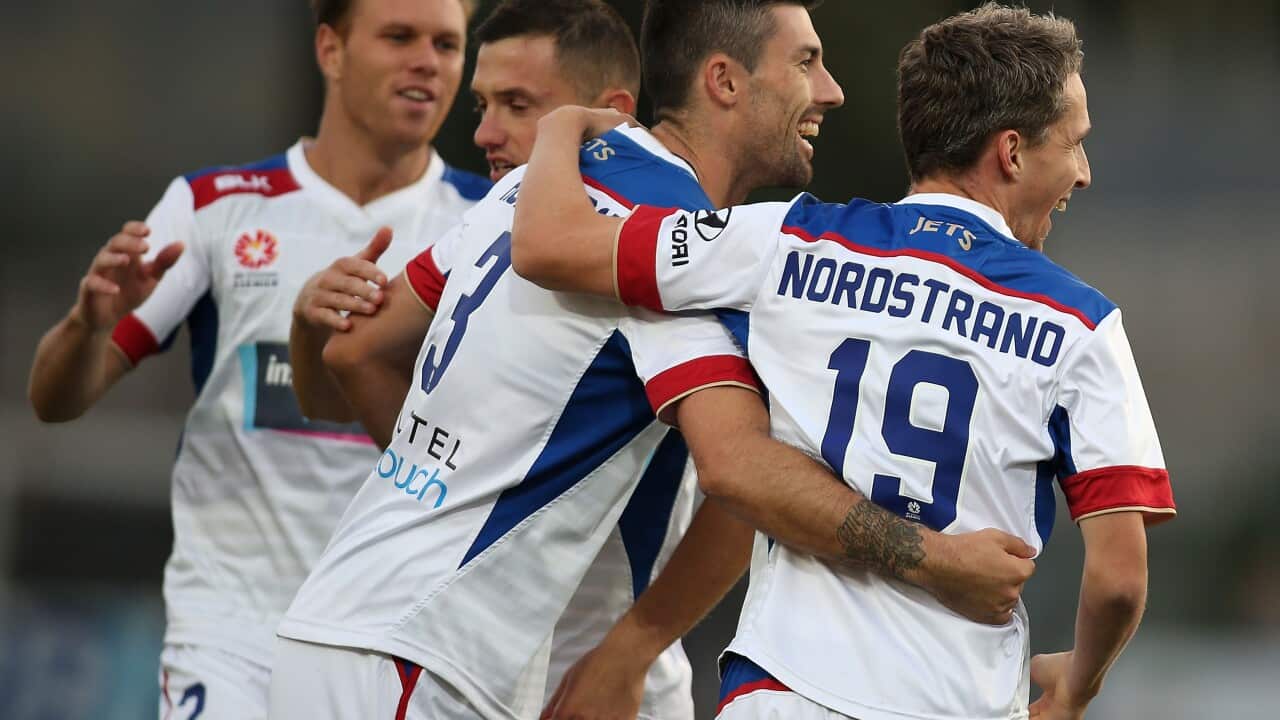 Stop me if you’ve heard it before, as this will be the fifth different owner (counting Football Federation Australia twice) in 11 years.

It is a sad, sorry tale of mismanagement, neglect and egocentric individuals refusing to do the right thing by the people of the Hunter Valley.

Advertisement
Now those same people are being asked to rise again. Having been burned badly by the Nathan Tinkler regime, and previously seen the wheels fall off under Con Constantine, there seems little reason for the locals to emotionally invest once more.

But they must. They have to. And if new chairman Martin Lee makes good on his promise to get the Jets into the Asian Champions League inside three years, they’ll have no choice.

The FFA get criticised for all sorts of things yet they’ve handled this one well, seizing the licence from Tinkler, holding the asset for a year before selling it off to somebody who knows you can’t spell ‘investor’ without ‘invest’. It's time the Jets were flooded with serious liquidity.

Importantly, the FFA didn’t give it away cheaply, nor did they give it to the first bidder. The governing body bled to keep the Jets afloat but it’s now proven a worthy spend - the rumoured $5.5 million purchase price leaves plenty in the bank.

The Ledman Group are appealing for a range of reasons. Firstly, capital is not an issue and Lee is now one of the richest men in the A-League.

That doesn’t guarantee cash flow, as we all know, but he’s already sponsored the entire Portuguese second division - albeit with a failed plan to insert a Chinese player into each team - and owns Shenzhen Renren, a Chinese League Two side. He at least knows the game.

President Xi Jinping is determined to see Chinese football grow, rapidly, and that means investment at home and abroad - starting with the river of world stars cascading into the Chinese Super League.

But it also explains why Suning Commerce Group just paid $307 million for 70 per cent of Inter Milan and why AC Milan will probably end up in Chinese hands before next season.

For $5.5 million, the Jets are a snip. It’s not the day-to-day grind of the A-League that makes it good value. It’s all the rest.

Don’t underestimate all the political gravitas Lee gains from owning an Australian club, with all the opportunities that generates in China. I’m talking way beyond winning games - think trade, education, training, brand-building, exposure for his companies. Truthfully, it’s only limited by what he makes of it.

He’s got the right man on the ground, too. Lawrie McKinna might be a Mariners’ man to the bone but the best of the best have swapped sides for years. Best of all, he knows what it will take to re-engage with the community, and how damaged the relationship is. As a one-man sales pitch, there are few better.

Besides, the Mariners have outright rejected him in recent times. That’s their prerogative, but you can’t blame McKinna for looking elsewhere, especially now he's no longer Gosford mayor.

Coach Scott Miller will get another year to impose his will. Year one revealed little about his managerial ability; poor results, but no money to spend, and a squad he didn’t get to mould. The pressure is on to perform next season and if he’s a top manager in the making, he should crave that anyway. Lee will see it the same way.

But the most important thing in all of this is the fans. Without buy-in from the community, the Jets are a failure, regardless of what Lee, McKinna or Miller say and do.

We’ve seen the crowds at Hunter Stadium vary from average to good to poor to ordinary - and in a brief time between November 2007 and August 2009, incredible. They are the lifeblood of football in a region that desperately needs round ball rejuvenation.

This is the opportunity for a fresh start for anyone involved with or who cares about the Jets. May it be the start of something special, for we've waited long enough. My fingers and toes are crossed.