Finals spot still the goal for the Mariners

Central Coast Mariners attacker Mitch Austin said the club not given up on making the A-League finals and aimed to make their campaign legitimate by beating Adelaide United at Coopers Stadium on Saturday. 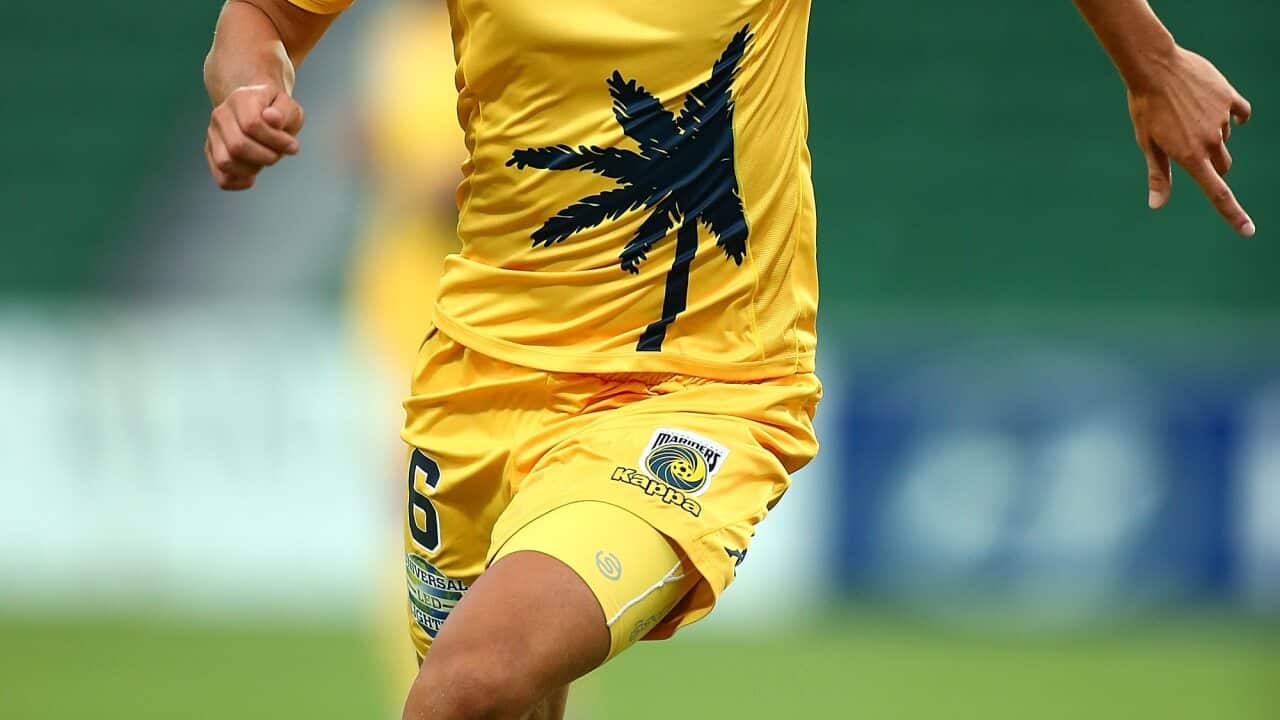 Mitch Austin has been one of Central Coast Mariners' best this season Source: Getty Images

There is no more generous competition in the world than the A-League when six out of the 10 teams qualify for the finals and Austin said the Mariners were more than capable of taking advantage of that, despite being bottom at this stage.

Adelaide are sixth place on 17 points with the Mariners on nine.

"Of course we can still make the finals and that's obviously the beauty of this league, you only have to finish in the top six to get there," Austin said.

Advertisement
"If we can win this weekend we're not too far away from it, so it's a huge game, really. Adelaide are obviously not going to be pushovers, but we know how big a game it is and hopefully we can get three points."

Many players and coaches like to say they don't look at the competition table but Austin said everyone has a sneaky look.

"And sometimes you suddenly find yourself in a game that can mean a lot to the table and that's the case for us with this game against Adelaide.

"It's a huge game for us. We've had a good week at training and everyone's massively up for it. It's going to be a tough one, but the boys are ready and we can't wait to get it going."

There have been big changes at Central Coast in the post-Christmas period, with midfielders Anthony Caceres and Nick Fitzgerald having been released from their contracts - with left-sided Brad McDonald returning for a second spell.

Coach Tony Walmsley switched from a 4-2-3-1 formation to a 4-3-3 and put captain Nick Montgomery, Jake McGing and Michael Neill together in the midfield. Jacob Poscoliero is now filling the role McGing formerly had in central defence.

Better results have followed, with a 3-1 home win over Wellington Phoenix and a 3-3 draw with reigning champions Melbourne Victory in a Mariners home game that the club took to Geelong.

Austin said the Mariners were feeling good about themselves, coming off their recent run.

"Our confidence was running low coming up to Christmas, but the win we got against Wellington was a pretty big boost for everyone and we took that added confidence into the game against Victory," he said.

"We probably would have taken a draw before the game and we still had plenty of positives to take out of it from our first-half performance, even though it fell apart for us in the second half.

"Adelaide would be confident as well, they've been in good form recently so we're probably not playing them at the best time, but we're in a good frame of mind.

"We've had a few changes to the team that have helped. We've got 'Monty', Jake and Micky in there in the midfield and they are the three fittest guys in the club. The last two games they've joined up and changed the team, really.

"They chase everything and win the ball back and it makes life easier for the three forwards. We don't have to work back as far when those three are there, so the team functions better overall.

"The players coming and going, that has nothing to do with the rest of us. We're paid to play for the club and give 100 per cent and try to win football games,. No-one's really thinking about the rest of it.

"We've got to move forward and concentrate on ourselves and the team. The players who want to be here are playing, so now we need to keep going the way we're going and have all the Mariners fans get behind us and hopefully we can go up the table in the second half of the season."