Newcastle Jets' Chinese owner Martin Lee is expected to appoint a new coach later this week, after being provided with a short-list of candidates by CEO Lawrie McKinna. 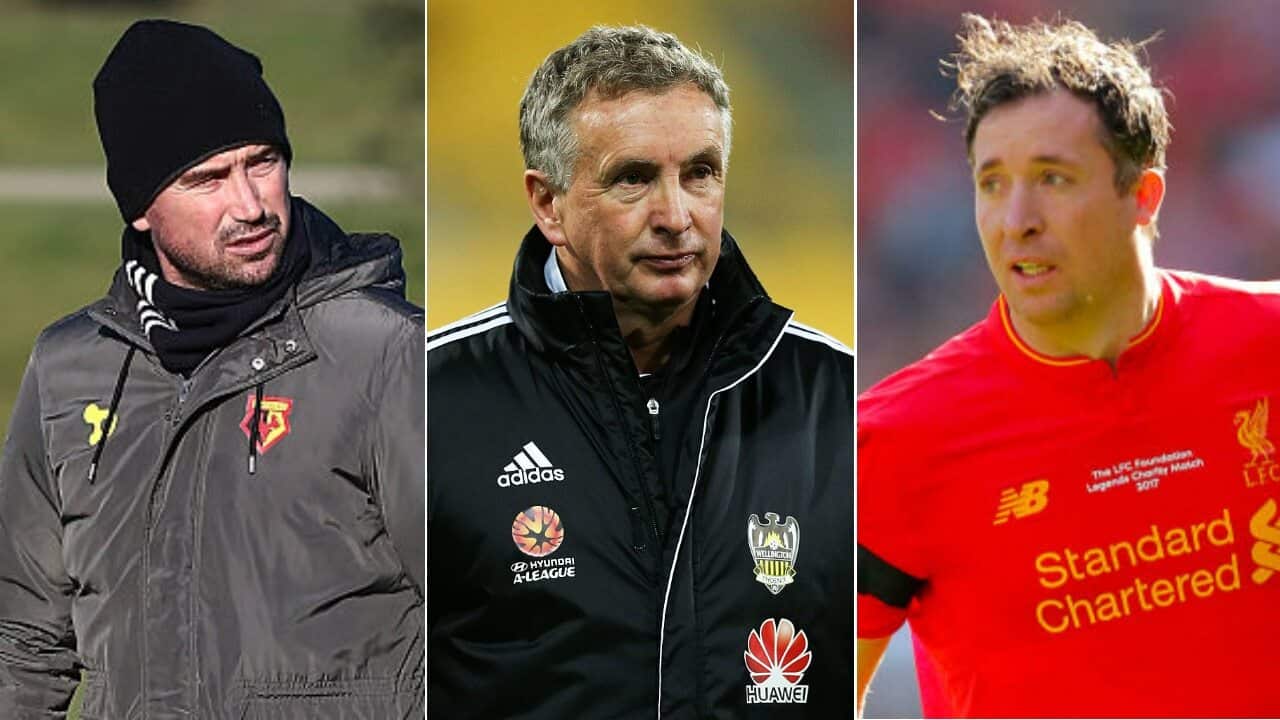 The list is thought to be five-strong, including the names of Ernie Merrick, Ante Milicic, Robbie Fowler and Harry Kewell.

With 10 players off contract at the A-League wooden spooners and important decisions to be made on who stays, who goes and who is recruited from elsewhere, Lee is keen to expedite the appointment with some urgency.

The Jets players are released for an end-of-season break at the end of next week, and McKinna wants a new coach installed before then.

Advertisement
Jets football operations chief Joel Griffiths confirmed that a shortlist had been finalised to fill the void left by Mark Jones.

"I hope there will a decision in the next week, we don't want it dragging on too long," he said.

"We have a good short list list and a lot of people have put up their hands.

"There are some really good names, and some household ones like Kewell and Fowler.

The favourite at this stage, with McKinna's firm backing, appears to be former A-League Championship-winning coach Merrick.

The Scotsman enjoyed success with Melbourne Victory, but not subsequently with Wellington Phoenix.

Milicic, who has been the Socceroos assistant coach for three years, is also thought to be highly favoured.

However, with Milicic contracted to the national team until mid-2018 it's believed the FFA would require compensation were he to be allowed to join the Jets.

It would be the same case with Olyroos coach Josep Gombau, who the club are also said to be interested in, with the Spaniard contracted to the under-23 side until 2020.

Liverpool legend Fowler and Socceroos icon Kewell are also under consideration however, their collective lack of coaching experience - Fowler has none and Kewell is limited to youth level at Watford - could be a stumbling block.

"It's good to have fresh start with a new manager who comes in with his own ideas," added Griffiths.

"That's something I'm looking forward to.

"Martin Lee will ask us for our feedback (on the candidates) and he will have the final say.

"I am sure we will get the right man."

Lee is committed to revitalising the Jets and has pledged to provide the resources to revamp a squad that was, yet again, found sadly wanting this season.

The Jets owner has already shown his intent by outbidding four A-League rivals to sign Irishman Roy O'Donovan from Central Coast on a two-year deal.