We asked Kosta Barbarouses what he would do if granted three wishes and his answers revolved around Lionel Messi and the FIFA World Cup. He's clearly not the wasteful type. 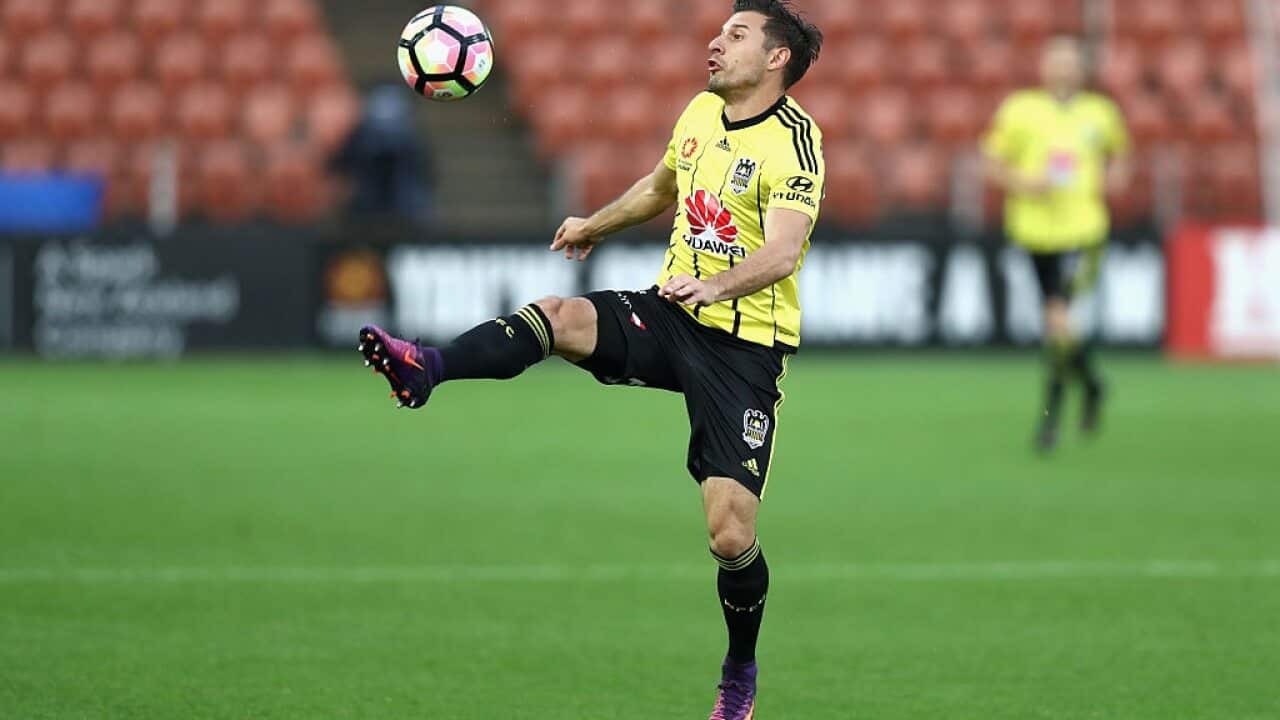 TWG: You were born and bred in Wellington. Have you ever experienced an earthquake?

KB: Yeah, growing up we got the odd shake every now and then. I remember a few times having to get out of bed and hang on to the door-frame, so you don't fall over.

We had that big one in November, but I wasn't here for that, I was in New Caledonia with the national team.

Advertisement
That was scary for me because I've got my partner, Tara, and my family here.

TWG: You were a non-travelling reserve when New Zealand last made the FIFA World Cup finals, in 2010. No doubt that is a huge goal for you, to play at a World Cup.

KB: Yeah, I mean, that's the ultimate. That's why you make sacrifices - especially in the A-League, missing games to go and play with the national team - because of the massive carrot at the end of it, and we've got a big year ahead of us with the All Whites.

There's the Confederations Cup and then the World Cup qualifying play-offs. It's going to be a tough test for us, but if we get through it will be a dream come true.

TWG: It's not a bad trivia question, who was the only unbeaten team at the 2010 World Cup? It was New Zealand, of course, with three draws in the group stage.

KB: Yeah, I know, I wish I could've been part of it. Unfortunately it wasn't enough to get to the next round, but it was still a great achievement and the guys who were on that team are sort of immortalised, you know.

They did a fantastic job and they'll be remembered forever for that.

TWG: How much do you enjoy making life hell for opposition defenders?

KB: (Laughs). Yeah, I mean, as an attacking player you get a lot of joy out of going one-on-one and beating a player and even getting a nutmeg as well is quite satisfying.

That's what makes the game exciting and I think it's what gets the crowd on their feet as well. I grew up wanting to be able to do that, so it's a good feeling.

TWG: Does that ability to run the ball at speed and still control it come fairly naturally to you, or is it something you've done an enormous amount of work on?

KB: Oh yeah, you work at it a lot. As a footballer you work on everything constantly and you're never really satisfied otherwise you'd be at the absolute top level.

Back at Melbourne Victory, Matthieu Delpierre, who is probably the best defender I've played with, once said to me that at 34 he had only just gotten to know how to play his position exactly as he wanted to and he was about to retire, so you're never absolutely at the point where you want to be before it's time to give it up.

TWG: If you were granted three wishes, what would you use them on?

KB: Oh, that's a tough one. I'd want Lionel Messi to play in the A-League - that's one. Everyone could enjoy that - it would be fantastic. He's the best player ever, I think.

Then I'd say for me to be able to play for Barcelona, with Messi, at some stage as well. And to play in the World Cup - there you go.

KB: Hopefully I'll still be playing, that would be the best result.

If not, and I'm done, coaching kids would be something I'd be interested in. The way I feel now I think that would be more fulfilling than going straight into senior stuff.

There aren't a lot of opportunities for kids to break through here, with just one team in the A-League, so being able to help them would be great.

TWG: Where in the world would you go for a holiday if you could drop everything and leave right now?

KB: New York. I haven't been yet, but I'm heading there after the Confederations Cup. I'm going with Tara for a couple of weeks. It should be fantastic.

TWG: Finally, are you the type to examine and re-examine every mistake you make in football and life, and bash yourself up over it, or do you just try to learn from everything and have no regrets?

KB: I think I am a bit too critical of myself. That's one thing that Ernie (Merrick, the now former Wellington coach) actually picked up on.

He said that after I made a mistake to move on, because he could see I'd get worked up over it.

But I'm learning and I don't hold on to things for too long, I think it just sticks with me for a little bit and then I move on.

I don't really have any regrets, in football or in life. I think you've just got to get on with it, because it's not going to do you any good to keep going over things.