The man with the knack for scoring goals whether he's starting or coming off the bench talks dream holidays, dream homes, reality TV, Roger Federer, Christmas presents and how he treats his body like a temple. 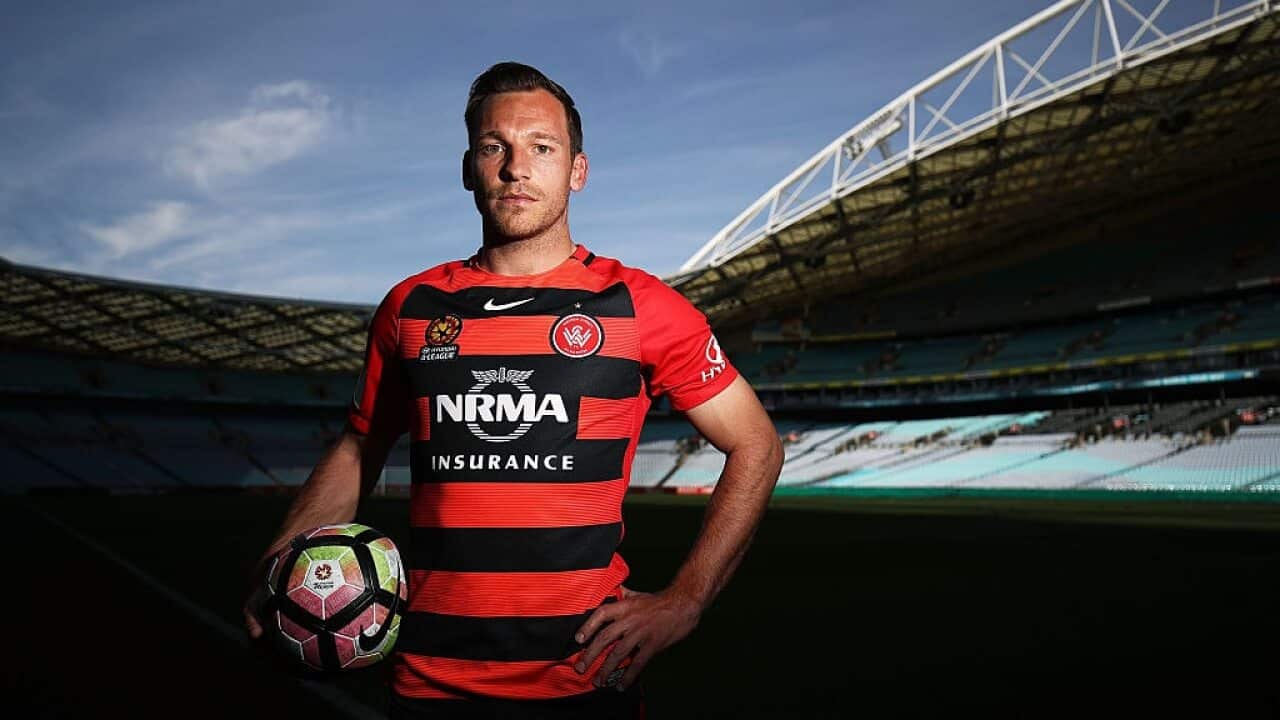 TWG: How do you manage your body to allow yourself to continue having an impact on the A-League at 34? What are the rules?

BS: I've been more disciplined with myself than ever. As you get older you have to look after your body more and more. It's your tools and if you're a tradesman and you're tools are old and you're not looking after them or getting new ones they're not going to function properly. During the week I'm doing little things all the time to make sure I'm feeling the best I've ever felt, whether it's sleeping enough, or eating the right foods, or doing all of my exercises in the morning. Whatever it is to make my body feel good for game-day is what I do. I've got my routine that I stick by and it's working. My body feels great.

TWG: What do you see yourself doing after you finish playing?

Advertisement
BS: I'm very focused at the moment on still playing, but I love the Wanderers and I do a lot of work away from the football pitch as well with the club, in terms of promotional work and ambassadorial roles, and ideally I'd love to stay with the club beyond my playing years in whatever role it may be, because I think as a player I've achieved quite a bit at the club and it would be a shame to just walk away from something that has been such a big part of my life. It's a club that has also helped me a lot. 'Popa' (coach Tony Popovic) has helped me as a player and as a person and I respect that a lot and one day following football it would be a pleasure to work alongside Popa and the staff at the club in an expanded role.

TWG: What's the best time you've ever had outside of football?

BS: Wow, that's a great question. It would probably have to be a holiday to Croatia last year with my girlfriend, Stephanie, and her brother, Chris. It was just a really nice time and I felt really free and it's nice when no-one contacts you on the phone for a little while. Things are very hectic while I'm in my playing routine and I'm very disciplined and it's just nice to get away and let the mind wander and enjoy life a bit.

TWG: What sort of music do you like? What are your favourite TV shows, if you have any, or movies?

BS: I'm very much into The X Factor. I love watching all of the TV reality shows. I love a bit of old school music, '90s stuff mainly. I love songs where I can understand the words. If I can't make out the words, or they're screaming, I don't want to know about it. When I was growing up dad always had the radio on and you can still hear a lot of the same stuff today. I'm not the biggest movie buff, so I haven't really got any favourites there.

TWG: If you could pick anyone in the world you'd love to sit down and have a conversation with, who would it be?

BS: Roger Federer. I think he's an absolute gentleman on and off the tennis court, the way he goes about his business and how cool and calm he is under pressure. I love how good he is for the game. He's a big role model for me. He's just a joy to watch, how composed he is.

TWG: You've just won $1 million on Lotto. What do you do with it?

BS: I'd have to buy a property and set up my dream home. That sounds like a good way of spending it to me.

TWG: Finally, are you as generous with buying presents at Christmas as your nickname, 'Santa', might suggest?

BS: Yeah, well, I used to be, until the family put a stop to it. They said I was spending too much and we were going to do a Kris Kringle instead. I used to go out and buy for the whole family, so it might be 20-to-25 presents, and they said 'Brendan, you're nuts, we're changing the rules and we're going to do Kris Kringle'. So now I'm holding myself back to only buy one present. I still buy one for my girlfriend as well, of course.