Five Socceroos we'd love to see coaching in the A-League

Half of the 10 clubs in the A-League are currently coached by former Socceroos- Tony Popovic, Kevin Muscat, Graham Arnold, Paul Okon and John Aloisi. 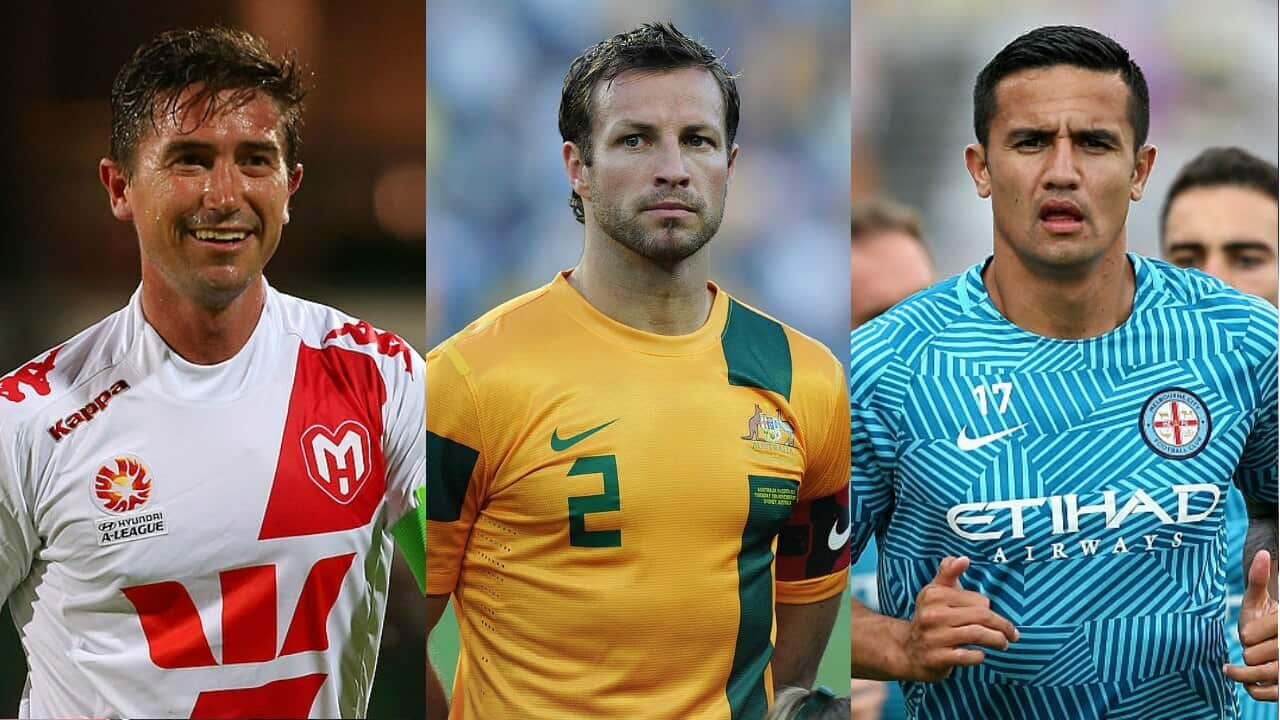 Deeper into the competition's history there have been others, including John Kosmina, Aurelio Vidmar, Frank Farina and Gary van Egmond.

There are bound to be more to come, so The World Game identified which Socceroos could most add something to the A-League ranks through their football knowledge, profile, star quality - and for curiosity value.

Advertisement
"H" is dreaming big - his ambition is to coach Liverpool - so if he excels we might never see him in the A-League.

But it's still early days for him yet, so it's a guessing game at this stage as to how his coaching career pans out.

The main thing is that Kewell, who was recently in Australia to collect his Alex Tobin Medal award, is hell-bent on becoming as good a coach as he can be and is doing his best to learn while in charge of Watford's under-23 side.

The team has done it tough recently, so that will be a good early test of his resilience and ability to find remedies.

We would just like to see him somewhere in football, in some capacity, wouldn't we?

Neill didn't take it well when he was told by Australia coach Ange Postecoglou his days of playing for the Socceroos were over ahead of the 2014 World Cup and he has been extremely low profile ever since.

He was declared bankrupt in the United Kingdom in May, further adding to the post-playing mystery surrounding him.

Neill was a long-serving national team captain and it would be a shame if he didn't resurface at some level in the game.

He would certainly bring style and grace to the sideline.

Whether he would be ruthless enough to be a head coach is the question, but he was influential as a player and it isn't hard to picture him as part of a coaching staff at least.

When Bresciano retired from international football early last year, Postecoglou was glowing in his praise of the elegant midfielder.

"Mark played a major part in filling the leadership vacuum in the Socceroos and was a tremendous leader of the squad and mentor to the young players who have been able to take significant steps forward thanks to his professionalism and guidance," the coach said.

He has shown some interest in coaching, having taken charge of a group of youngsters in Basel, where he played and still lives.

If he were to make coaching his main priority he would have the right nature for it, because he always read the game well as a player and was a good communicator.

Chipperfield is a proven winner as well, with multiple league titles to his name both in Switzerland and Australia.

He keeps a close eye on the A-League and said in an interview ahead of the current season starting that he was particularly interested in how Brisbane Roar striker Jamie Maclaren fared, with the search for a regular goal-scorer to succeed Tim Cahill for the Socceroos continuing.

READ MORE
Socceroos Greats - Where are they now: Scott Chipperfield

He's still playing at this stage, of course, but presumably it will all be over for him after the 2017-18 A-League season and, hopefully for him, the World Cup.

The Cahill name is a brand and he has irons in many fires, so it's a guessing game as to exactly which direction he will head in after his playing days end, but if he were to be interested in coaching who is to say he wouldn't make a success of it?

He certainly wouldn't lack belief or confidence, nor the ability to get young players in particular to buy in to what he wanted to do.

It would come down to whether, in his heart of hearts, he really wanted to coach or not.