Five things we learned from A-League round 13 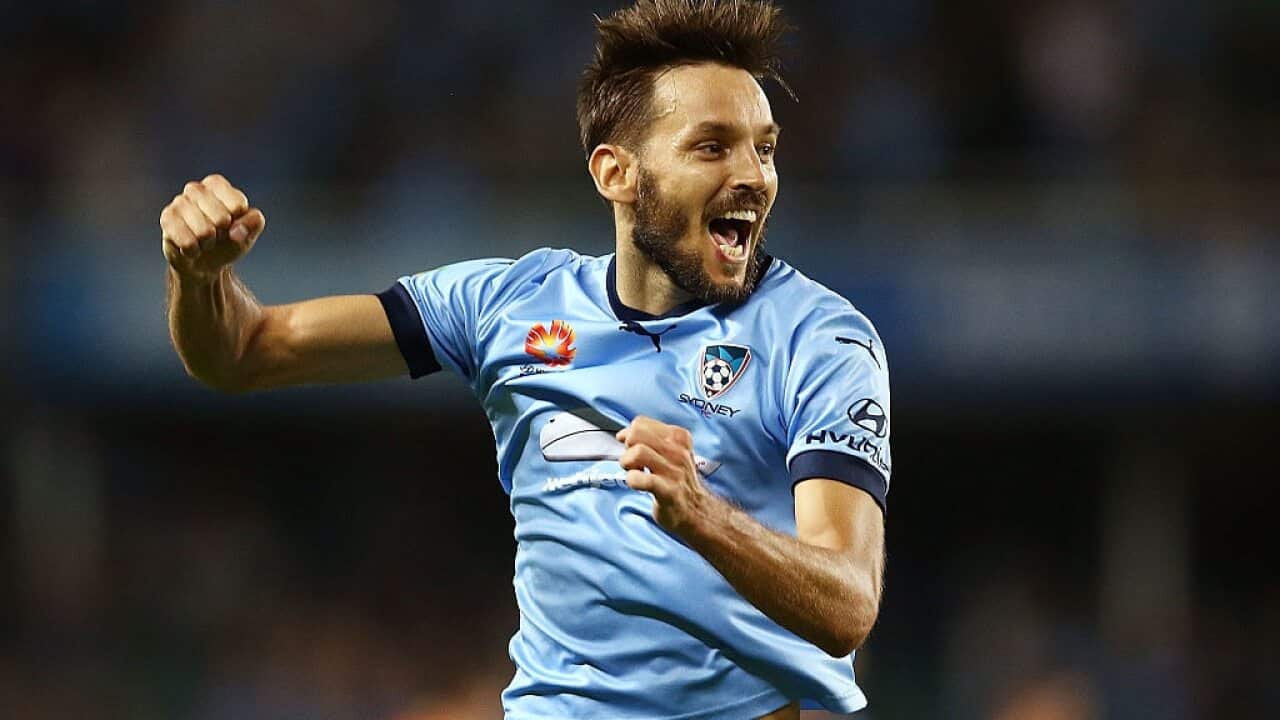 It has been a problem with them in the past and it came back to be a problem against Central Coast Mariners.

They went into cruise mode after Tim Cahill had given them the lead in the 40th minute. They were prepared to let the Mariners have a lot of ball in the belief they had them covered, instead of going for the jugular and killing them off.

In the end they almost paid the ultimate price after the Mariners had shocked them by grabbing a 2-1 lead late in the game, and even though they were able to force a 2-2 draw through a very late penalty, they still paid a significant price.

Well done to Central Coast for staying focused, but it really was two points dropped for City and when you consider how important it is to finish first or second in the regular season if you want to go on and win the championship that could prove crucial.

2. Tony Popovic was entitled to be upset about Perth's goal being allowed

The refereeing in the A-League has been widely criticised this season and for good reason in many cases.

Western Sydney Wanderers coach Popovic said at the media conference after his team's 1-1 draw that we shouldn't even be talking about Glory striker Adam Taggart's goal because it should have been disallowed for offside - and he was right.

Taggart went early in pursuit of a through ball and got away with it. The linesman responsible had no excuse for erring with that one.

3. Victory will make a real race of it for the Premier's Plate

Sydney FC have been out in front on the competition table throughout the first half of the season and deserve to be favourites to win the title.

But Victory are well in the battle for first place at the end of the 27 rounds and home-ground advantage throughout the finals series - and we know how important that is.

Two seasons back, Victory and Sydney drew all three of their regular-season games, but Victory finished first on the table to Sydney's second and went on to beat the Sky Blues 3-0 in the grand final in Melbourne.

As we reach the halfway mark of this season, Sydney lead second-placed Victory by seven points, but Victory have a game in hand.

The Sky Blues have been in a groove since the start of the season, but Victory took a few rounds to find theirs.

4. Sydney FC were too good for Brisbane Roar in the tactical battle

Brisbane can couch it however they like, but Sydney had a better plan and executed it.

The most telling period was after Sydney captain Alex Brosque was sent off, in the 65th minute.

The Sky Blues led 2-0 by then, but there was still plenty of time left in which Brisbane could make it interesting if they were good enough.

But the Roar didn't make anything of their one-man advantage. As you would expect, Sydney dropped back to defend deep, with two banks of four, but Brisbane did nothing to put extra heat on them.

They didn't increase the speed of the game by moving the ball quicker and that was disappointing.

5. The world (game) apparently does not extend to Geelong

Organisers at Simonds Stadium got the penalty box markings wrong for the game between Melbourne Victory and Newcastle Jets, meaning fans arriving for the game saw ground staff fixing the embarrassing mistake just an hour before kick-off.

Not a slight mistake, either, but a significant narrowing of the box.

It's an oldie, but not a goodie.