Five things we learned from A-League Round 20

He shoots, he scores. The older the A-League's premier marksman - Besart Berisha - gets, the more effective he becomes. 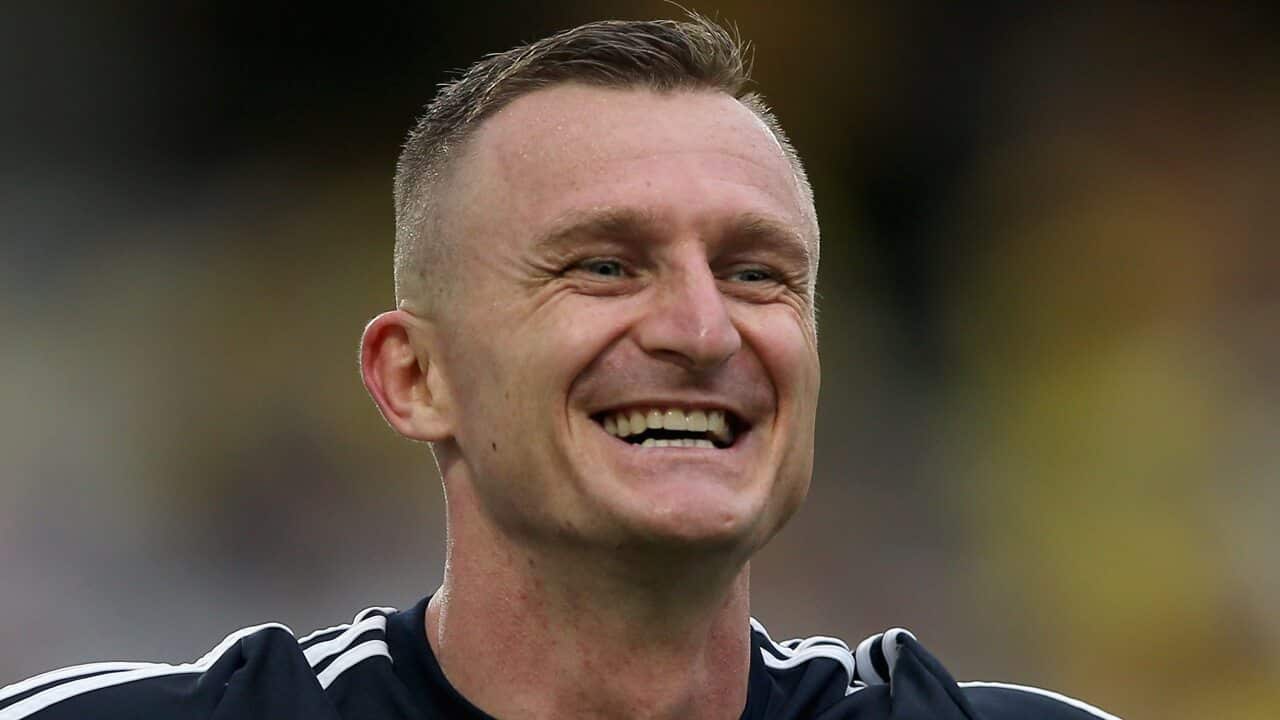 Besart Berisha has been in sublime form for Melbourne Victory Source: Getty Images

1. Besart Berisha is carving out his best season ever

The Melbourne Victory striker's double in their 3-0 win over Central Coast Mariners took his total for the season to 16 goals in 20 games.

That is an average of 0.8 goals per game.

He practically duplicated that last season, his second with Victory, when he racked up 17 goals in 26 games at 0.653.

Berisha, 31, is the competition's leading goal-scorer, not only this season but all-time, with 97.

Football Federation Australia should mark the historic moment when he reaches the century by making an appropriate presentation to him at the end of the match.

2. This is the most controversial season for penalty decisions in A-League history

There are no actual statistics to back this up, but you get a feel for this sort of thing, and we're at the point now where we just expect controversial calls and/or non-calls every week.

The general match officiating has been disappointing overall this season and dubious decisions on incidents inside the penalty box have arguably been the worst aspect of it.

Sydney FC captain Alex Brosque was tripped inside the box late in the derby against Western Sydney Wanderers.

It was a penalty, without a doubt, and had it been awarded, it would have given the Sky Blues a chance to continue their unbeaten run this season.

But it wasn't given and that just added to the list of wrong calls.

The Sky Blues knew they had at least one legitimate penalty shout denied in their 1-0 loss to the Wanderers and maybe at least another as well, but coach Arnold knew it would be counter-productive to blow up about it.

That would have created the potential for resentment to fester among his players over their unbeaten streak, having finally ended at 19 games.

Best to move on immediately and concentrate on the next match and Arnold did his best to ensure that would happen by saying "that's football" and adding that his team had received some good luck as well with decisions this season.

Arnold said the unbeaten run had been a great ride, but the fact it was over wouldn't affect the team's ambitions one bit.

Sydney are still eight points clear at the top of the table. All the loss to the Wanderers means is that they've had one defeat in 20 games.

4. Newcastle can't find a striker to save themselves

The Jets could have so easily won their last two games, instead of drawing 0-0 with Melbourne Victory and then losing 1-0 to Adelaide United, but their finishing let them down horribly.

Their current first-choice striker, Morten Nordstrand, has gone cold and Aleksandr Kokko can't even get in the match-day squad.

But it's not just the strikers who are not producing.

No member of the team has given Newcastle what they need in front of goal recently, but if they had a real go-to man at the top of the attack they still might be able to pinch these type of games.

Instead, Adelaide, which is the lowest-scoring team in the competition by a mile, had just two shots on target from 11 attempts against the Jets and got the three points by winning a penalty.

It is threatening to ruin Newcastle's chances of making the finals.

5. Put a fork in Wellington Phoenix - they're done

The Phoenix are folding in the second half of the season again, just as they did last season.

Their 5-1 loss at home to Melbourne City was their third defeat in a row and they have scored just three goals and conceded 11 during that run.

Wellington have picked up just one point from their last five games and that was from a 2-2 draw with one of the only two teams below them on the competition table - Adelaide United.

There was a lot of hope at the club after the recruitment of former Victory stars Kosta Barbarouses and Gui Finkler, but the results just haven't come.