Five things we learned from A-League Round 27

Melbourne Victory have got to find their old spark in time for the semi-finals or they'll risk going straight out the back door, no matter who they play. 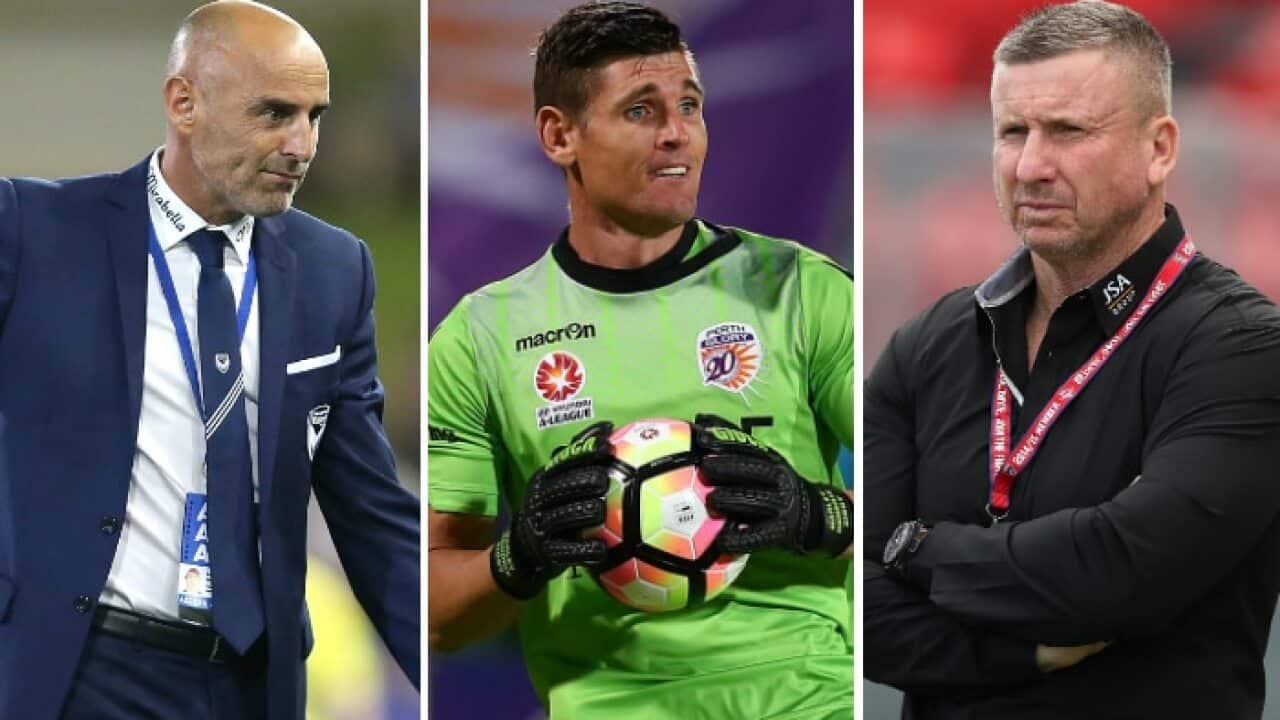 1. Melbourne Victory still aren't even close to where they need to be

The Victory may have returned to the winners' list, after a draw and two losses in their previous three games, but the bottom line is that it took them 80 minutes to get the only goal of the match at home against Central Coast Mariners. That's not a great look.

Sure, they worked hard and tried to make things happen, but far too often their attacks broke down because of bad decision-making or sheer poor passing.

They've got two weeks to work on things before they play again and they're going to need it, because they'll come under more pressure against whichever team they meet in the semi-finals, than they did against the battling Mariners.

The best thing that happened to the Victory was Besart Berisha scoring his 100th A-League goal and getting the monkey off his back, after sitting on 99 for a few weeks.

Perth Glory have the worst defensive record of any team that has ever made the finals, having conceded a whopping 53 goals in 27 games - at an average of virtually two per game. Bottom team Newcastle Jets conceded the same number.

The Glory got a win in the final round, but even after scoring five goals, they only had one to spare over Melbourne City.

What got Perth to the finals in fifth place was the fact they also scored 53 goals, which was second to Sydney FC's 55.

3. If you finish last, you're gone

There may not be any relegation for teams that pick up the wooden spoon, but it has regularly proved to be a death-knell for coaches. And Mark Jones has become the latest casualty.

For all we know his cards may have been marked even before his Jets side confirmed their wooden spoon status by losing 2-0 to Sydney FC, but the result certainly ensured he got the sack.

The only coach who has served for the full season at a club that finished last and survived for the season after was Ricki Herbert, at Wellington Phoenix in season 2007-08. That was the Phoenix's first year in the competition.

Every other coach has either resigned or been sacked, or their club has become defunct. Herbert himself eventually went from the bottom-placed Phoenix at the end of the 2012-13 season.

4. The biggest weekend in semi-final history is within reach

Western Sydney Wanderers and Melbourne City need to win their elimination finals over Brisbane Roar and Perth Glory respectively to make it happen.

That would put Wanderers up against Sydney FC and City opposite Melbourne Victory - massive derbies to decide who plays in the grand final.

If the two higher-ranked teams - Roar and City - win the elimination finals then City will draw the short straw and have to go on the road to play runaway Premiers' Plate winning Sky Blues.

5. A missed penalty is worth half a Golden Boot

Brisbane Roar's Jamie Maclaren had scored earlier in the game against Wellington Phoenix to draw level with Melbourne Victory's Besart Berisha at the top of the competition goal-scoring chart with 19.

Then, in the 76th minute, he had the chance to take the Golden Boot outright, when he was brought down in the box and lined up to take the penalty. But his spot kick was comfortably saved by goalkeeper Lewis Italiano.

Had it gone in, the Jets would have led 1-0. Sydney may well have run them down anyway, but at least the challenge would have been there for the premiers.