It’s been a case of out of sight, out of mind for much of Neil Kilkenny’s career - but the new Melbourne City signing is ready to make a huge impression on the A-League. 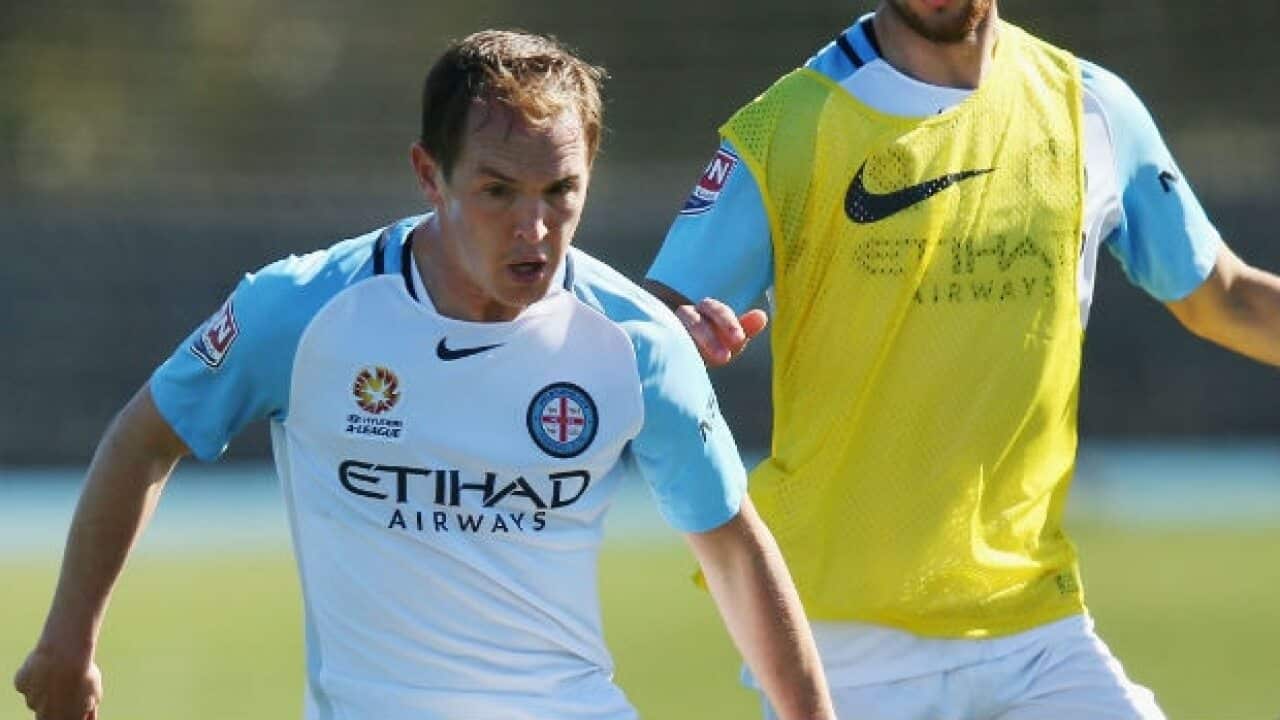 Despite having played in England for the entirety of his professional career, Kilkenny spent just one season in the English Premier League - way back in 2005-2006 with Birmingham City - splitting the next decade between the Championship and League One.

While Kilkenny has been a highly respected member of every team he graced, most notably during four years at Leeds United, his deeds drew hardly any publicity in Australia. Despite going to the 2011 AFC Asian Cup, Kilkenny has managed just 14 caps.

Now 30, the Brisbane-raised Kilkenny has returned to play in Australia for the first time and he can’t wait to see what all the fuss is about.

“Obviously I've been abroad for so long now, I haven't really experienced the game here and I've always wanted to experience the A-League,” he told The World Game. “I've been keeping an eye on it since it started but I just wanted a change. I've obviously been playing in England, the English game is very physical and I wanted to try something new.

“I thought it was the right time now. With the ambition of Melbourne City, it's a club that wants to be a massive club, and hopefully this season we'll be pushing this season for the league.”

The pressure is clearly on City this season like never before, having been so impressive last season and added some big-name players to their ranks. But Kilkenny doesn’t think it will prove too much of a burden.

“The club has brought in some good players and good players have to play with pressure all the time, so we have to deal with that situation and I'm sure we can do that,” he said. “We need to gel as a team, get all our key players fit and healthy and hopefully we can go on to be successful together.”

Kilkenny likes what he’s seen so far in training and is looking forward to the red-hot competition for spots in a midfield that already contains Luke Brattan, Anthony Caceres, Nick Fitzgerald and potentially Osama Malik.

“When a team wants to be successful, it's not about the 11, it's about 18-20 players. It's about everyone pushing in the right direction and pushing each other to the max,” he said. “If we can do that in training then obviously it will be good for the weekend.

“[Training] has been at a decent standard, we want to play a certain way and we've been working hard over pre-season and certainly in the five weeks since I arrived here. Everyone is looking sharp, which is great.”

While the signing of Tim Cahill was clearly a huge moment for the club, Kilkenny is just as excited that City was able to keep a hold of Cahill’s strike partner-in-waiting, Bruno Fornaroli.

“The club wants to go places and they're looking to bring in quality signings and this season they've done exactly that,” he said. “But keeping Bruno is massive coup for the club after his massive, record-breaking season. We're all looking forward to pushing the club to a place it hasn't been before.

“We're all very ambitious as players, and as a club as well, to go and prove how good we are and hopefully go and win the league.”

Despite many years playing in the freezing English winter, Kilkenny backed himself to survive the summer heat of the A-League, something that’s affected plenty of players - even returning Australian players - when they take to the field.

“I've heard about the heat and I've experienced it before, so I think I'll be able to handle it,” he said. “Hopefully a strong pre-season under the belt will help get us ready for all of that.”