Persib Bandung is a name that will mean nothing to most people in Australia, but in Indonesia it’s another story altogether. 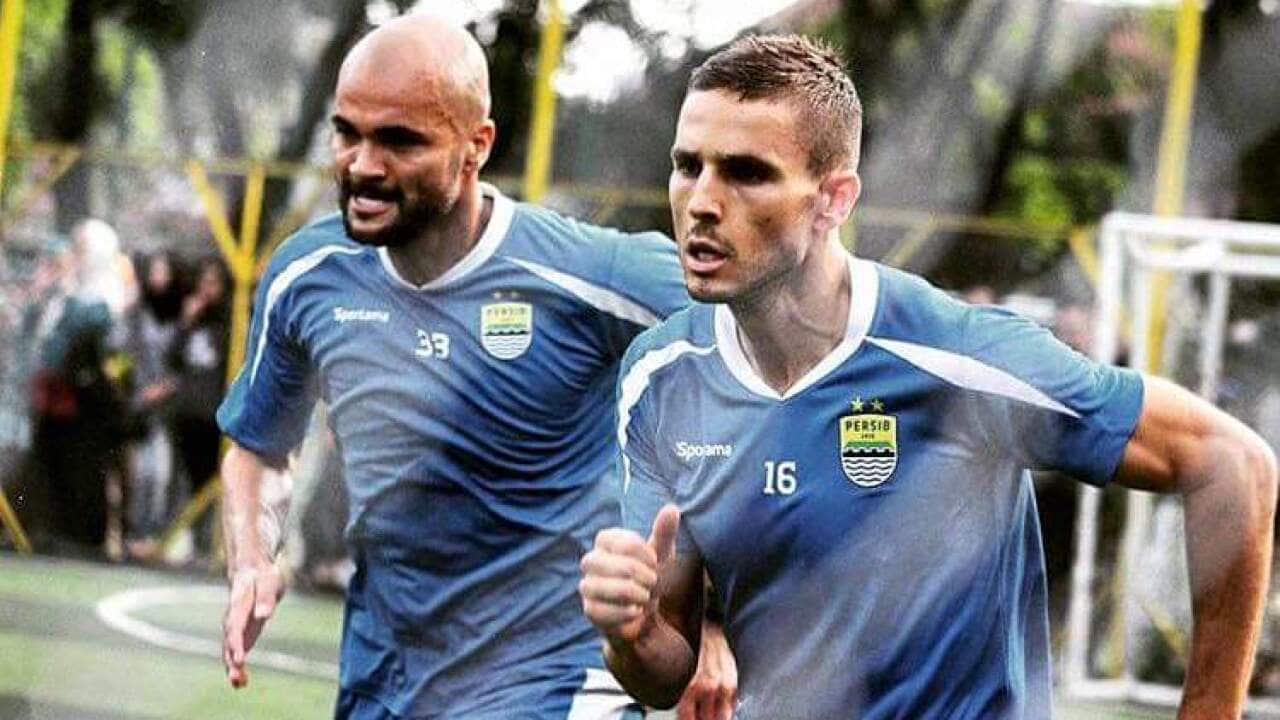 Persib, from the West Javan city of Bandung, about three hours drive south east of Jakarta, is one of Indonesia’s most decorated and popular clubs, with seven titles to their name dating back to 1937 and an army of supporters that would be the envy of clubs the world over, with up to five million fans in Indonesia alone.

A check of social media shows they have over 2.3 million followers on twitter and a staggering 8.6 million fans on Facebook.

And Maung Bandung is now home to a collection of former A-League stars, with Sergio van Dijk, Marcos Flores and Diogo Ferreira all now donning their famous blue kit.

Advertisement
“I knew it was quite a big club here in Indonesia but I probably never really knew the extent of that,” Ferreira told The World Game.

“It’s crazy, there’s a lot of fans, and the club is run pretty well, really well actually, so I’ve been quite surprised.”

And it’s their fanatical supporters that have most surprised Ferreira in his first few weeks at the club.

“If we don’t get a police escort to the stadium we won’t make it there in time because there are people everywhere, fans everywhere.”

And despite hailing from Argentina, where passion for football knows no bounds, Flores was equally taken aback by the fanatical support.

“I came from Argentina where obviously we are passionate also, but I think this is a different level of passion.”

“There’s not any place you can go where there won’t be people saying hi to you.

“It happened to me that I ordered a coffee, a skinny latte, and there were three guys around the cup and I was thinking ‘what are they doing?’ and they were drawing the badge of the club in my coffee.

“And the funny thing is when I got it I said ‘thank you guys its lovely, but it’s already cold (laughs)’. So it’s pretty awesome. They are lovely, lovely, lovely fans and really, really passionate.”

For Ferreira and Flores, who signed within two weeks of each other, having a familiar face around the club in van Dijk was a massive help as they adjusted to life in a new country.

“He’s been a massive help with everything, how everything is run here, what to expect, what not to expect,” Ferreira said of van Dijk, who is in his second stint with Persib. “In terms of translation every time the coach speaks I stand next to him and he’s translating for me.”

But according to Flores, van Dijk’s help does have its downsides.

“He’s a big, big star here,” he explained. “He was translating everything for me, helping me with the supermarket with buying stuff and its incredible, we do ten steps in the shopping mall and (there’s) ten guys asking him for a photo.

“Something that should take 20 minutes we do it in two hours and it made me realise the difficult life Messi has. As much as I love him [van Dijk], I will never, ever invite him to go to the supermarket with me (laughs).”

For van Dijk it’s a simple case of passing it forward.

“I appreciated the people who helped me in the past when I went to other clubs and had to find my way and the least I could do was do something like that and help them here as well,” he told The World Game.

“I already knew the culture even before I got here in 2013 because half of my family is from Indonesia, so I knew what to expect. But I can imagine for people who have never been to Indonesia and now come here to play and live it can be a culture shock.”

And yet despite being the new kid on the block, Ferreira has managed to help van Dijk discover some hidden gems in Bandung.

“Funnily enough I’ve actually helped him because I’ve opened his eyes to how many good cafés and restaurants there actually is in Bandung,” the former Olyroo said.

“I’ve searched them all and he said, ‘geez lucky you came cos I didn’t know any of these places existed’. Honestly it’s unbelievable, there’s certain cafés you walk into where I feel like I’m in Melbourne - it’s a great city.”

Flores and van Dijk spent just the one season together at Adelaide United in 2010-2011 and Flores is excited at the prospect of rekindling their partnership 4500km away at Persib.

“I remember in Adelaide we got to play 27 games together and we connected like we played all our lives together.”

“After I left Adelaide I was missing playing with a number nine with his characteristics, with his quality, so I was looking forward to joining this team.”

As it turns out it was van Dijk who helped get Flores to the club.

After a pre-season tour in 2013 with Central Coast, during which he scored twice in a friendly against Persib, Flores was a player Persib management kept tabs on.

“I called him to see if he was interested,” van Dijk joked. “The people here remember him from a tournament in 2013 with Central Coast and often people ask me if he is available and is he free, and at this point in time he was free and they were looking for a player.

“One thing lead to another and now we’re playing on the same team again.”

And as Flores and Ferreira are quickly finding out, Persib is no ordinary team.