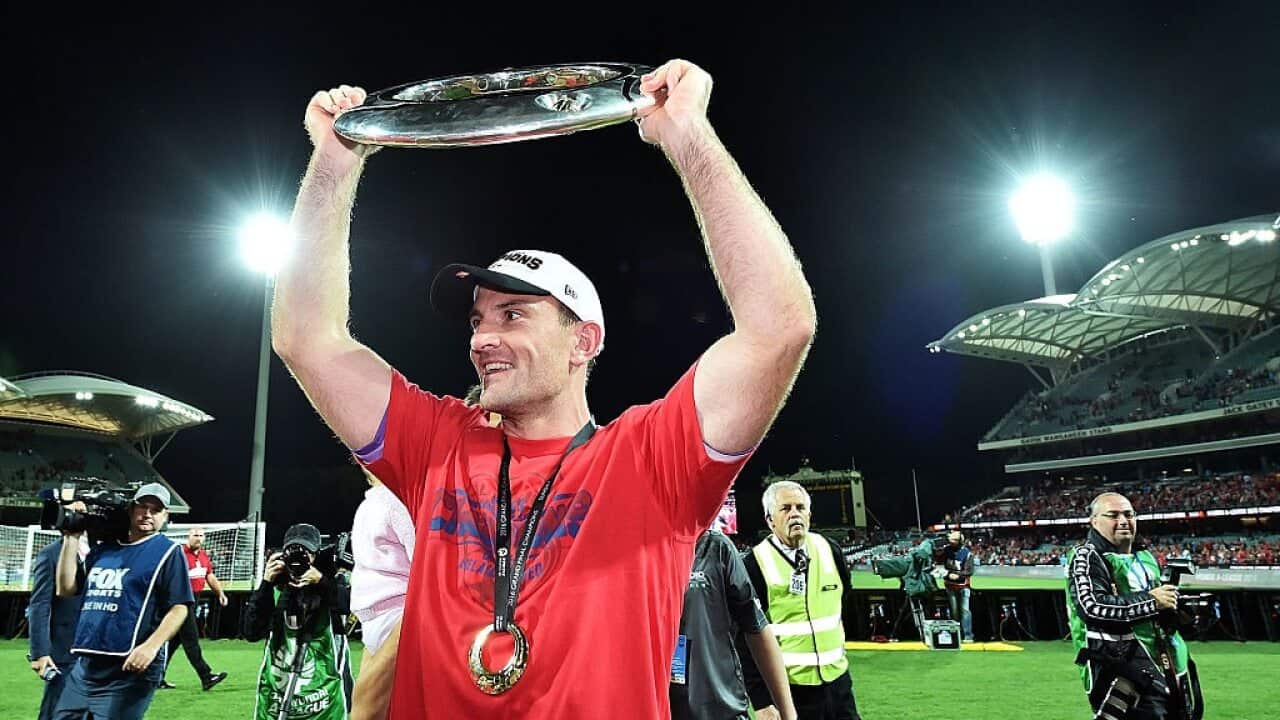 Galekovic, the sometime Australia goalkeeper, who was outstanding for Adelaide last season, said he had faith in the club’s ability to still pull an ace or two out of the pack at this late stage, but was under no illusion as to how difficult it becomes as time moves on.

Adelaide will play an FFA Cup Round of 32 match against Queensland NPL team Redlands United at Perry Park on Wednesday night, and it's shaping up as a tricky encounter when you consider the reduced squad the A-League champions have at present.

Advertisement
That came in addition to the departures soon after the grand final win, with wingers Bruce Kamau and Craig Goodwin leaving the club and the release of veteran striker Pablo Sanchez.

Several other fringe and younger players have also left the club since last season.

The main problem is that many of the departed players are attackers and goal-scorers. While Sergio Cirio has also been out with a broken bone in his foot.

That has obviously reduced the team’s firepower and the Reds found out how much when they lost after their 1-0 defeat to South Australian NPL team Birkalla in a trial match at Coopers Stadium on Tuesday.

Adelaide have recruited Jesse Makarounas, Ben Garuccio, Ryan Kitto and Marc Marino, but while they are promising, they are also young and obviously don’t match the experience of the players who have left.

"Players switch clubs, you see that all the time in football, and now the club has got to find the players to replace the ones who have moved on," Galekovic told The World Game.

"We probably need to sign another six players, and six good players, to replace the strengths of those who have left, so right now we’re very thin.

"But there is room to sign key personnel and while it’s always hard to find the right players you’ve got to have faith in the football department’s ability to do that, and we need things to happen soon.

"It’s been a tough few weeks, or a tough couple of months, because this squad has been together for so long and that’s probably a big reason why we were so successful.

"It’s about trying to get the right personality and not just the right footballer, if we want to keep the squad strong and hopefully that can happen with signings that need to be made.

"Teams have started pre-season and we’ve got a very small squad at the moment, and hopefully we sign the players very soon, because the season starts soon enough and we want everyone to have a good base going into the season.

"The FFA Cup starts next week for us and we’re going to have a very thin team and a very youthful team, so it’s going to be tough.

"We lost to a local team a few days ago, but hopefully we can improve and get it right in a few days’ time."

Galekovic and Djite have been the heart and soul of the Reds, and Galekovic said it was hard to come to terms with his good friend leaving.

"We thought that was the end of it when Stefan Mauk left, but then Bruce leaves and now we’re hoping to keep everyone else.

"You don’t want to lose any more players, we’ve already lost a number of players from the grand final.

"Bruce brought a lot to this club with his leadership skills and he helped me a lot in that area.

"We’ve been through a lot at the club, good times and bad times, and winning the championship and premiership together last season was the highlight.

"But the biggest thing we’re going to miss from Bruce is his leadership. Especially myself, I leant on him.

"It’s hard to replace the key striker in the team, but with his leadership skills, we’re going to miss that a lot as well."

Galekovic said the promising players the club have signed would need time to find their feet at the Reds.

"They’re going very well at training, but you can’t put too much pressure on them," he said.

"They’re young and they haven’t played too many games in the A-League.

"You’ve just got to let them go about their business and they’ll get game-time, but you can’t expect them to come in and play 27 games and 90 minutes each week, because they’re just kids.

"I don’t like putting too much pressure on the young ones."