Australia's Eredivisie contingent were all in action in the Netherlands on Sunday night (AEST) as Craig Goodwin grabbed his second assist of the season. 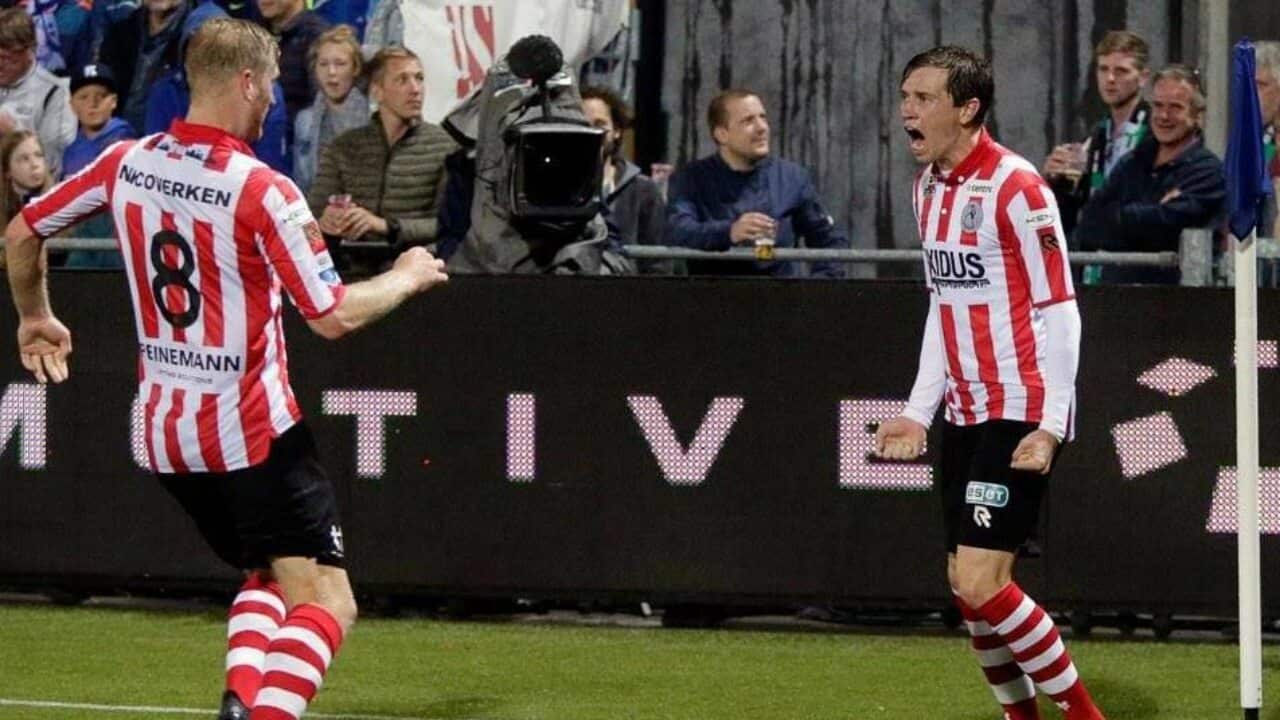 Advertisement
The hosts took an early lead through Mimoun Mahi, but it was soon cancelled out after Goodwin’s cross found Zakaria El Azzouzi to bring Sparta back into the match.

The assist becomes Goodwin's second of the campaign after his performance against FC Twente before the international break.

While the point leaves Sparta in ninth position on the league table, Groningen remains inside the relegation zone as the search for their first win of the campaign continues.

Meanwhile, Brad Jones tightened his grip as Feyenoord’s first choice goalkeeper with another solid performance in their 3-1 win over ADO Den Haag.

Jones looked on track to secure his fourth clean sheet of the league season, but after denying Ludcinio Marengo’s header from point-blank range - he could not prevent the second attempt.

Nevertheless, the victory maintains the club’s perfect start to the season and leaves them just two points ahead of defending champions PSV Eindhoven after five games.

The former Perth Glory sensation played just over 70 minutes in the match and linked up well with the midfield in what was a difficult fixture.

Meanwhile, Bursaspor's Aziz Behich produced an unbelievable goal-saving clearance to deny Fenerbahce a share of the spoils in the Super Lig.

The defenders equivalent of scoring a goal! What a clearance by Aziz Behich to keep Bursa ahead against Fenerbahce pic.twitter.com/UpEOX7UGE3 — Turkish-Football.com (@Turkish_Futbol) September 11, 2016

The 1-0 victory sees Bursaspor move up to third place in the league after the first three games.