Greece midfielder Andreas Samaris has never forgotten the coach who gave him his biggest shot at professional football - Ange Postecoglou. 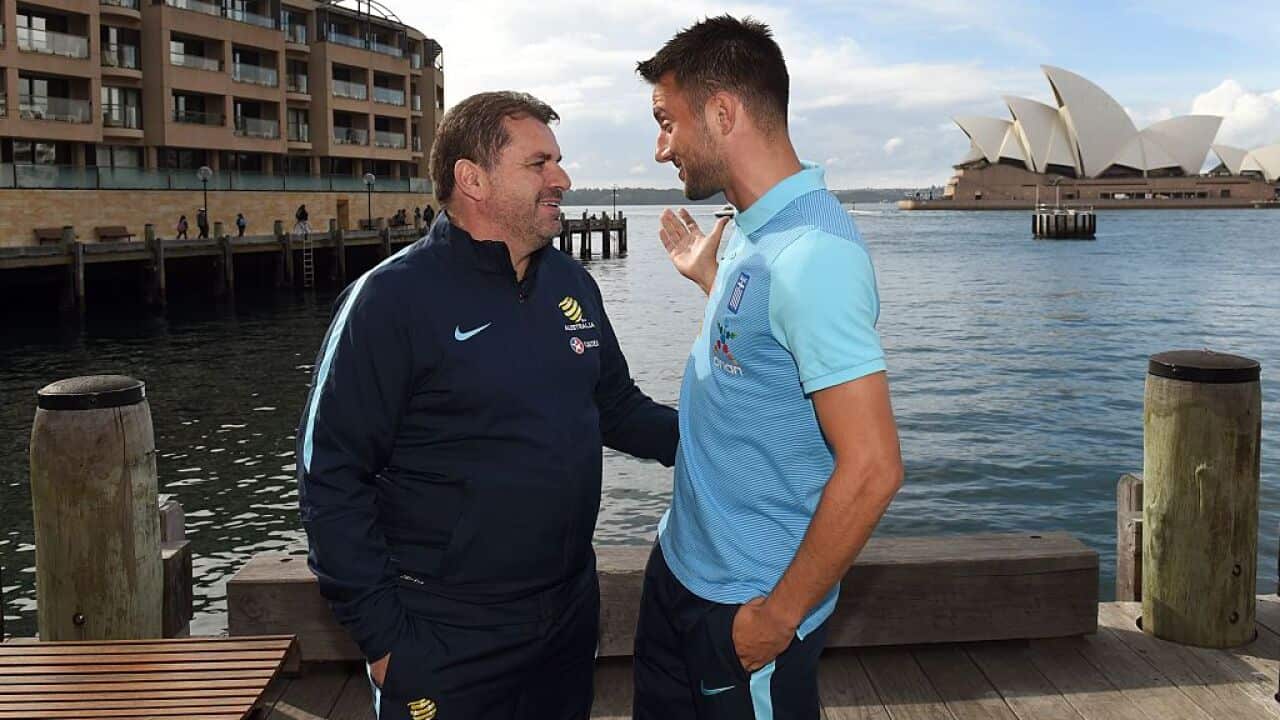 Before becoming Socceroos boss, Postecoglou tried his hand at coaching in his home country of Greece, where he took over the reins of the then-third division team Panachaiki in 2008.

Advertisement
Benfica's Samaris was a budding 18-year-old at the time, struggling to get game time at the club.

"He gave me my first long run of games," Samaris said before Greece's two-match friendly series with Australia.

"So that gave me confidence and I started to understand what professional football was."

Under Postecoglou's nine-month stint, the team stayed near the top of the table, finishing third.

Samaris remembers his coach taking the job seriously, but who also treated the players as friends.

"He was winning you with his character," Samaris said.

"He was talking to us like we were friends, but when were were on the field, he was our coach and we were the players."

Postecoglou returned the praise: "He was a talented young boy.

"There were a few talented boys in Greece, but he had something about him.

"To see his journey has been fantastic."

Samaris will be on the receiving end of his former mentor's talent when he lines up against the Socceroos on Saturday in Sydney and three days later in Melbourne.

It won't be the only meeting of old friends - Samaris also faces the prospect of bumping into former team-mate Apostolos Giannou.

Postecoglou travelled to Greece this year and convinced the Greek-born, Australian-raised Giannou to change allegiance just as he was on the verge of a first competitive cap.

"I believe he's worth it, being here in the national team of Australia," Samaris said of Giannou.

"I hope he achieves some things with your national team, like being in the World Cup in Russia.

"I believe he was one of the best strikers in the Greek League before leaving for China."