Like all beloved players in England, Australia's Aaron Mooy now also has a song created in his honour by Huddersfield Town fans. 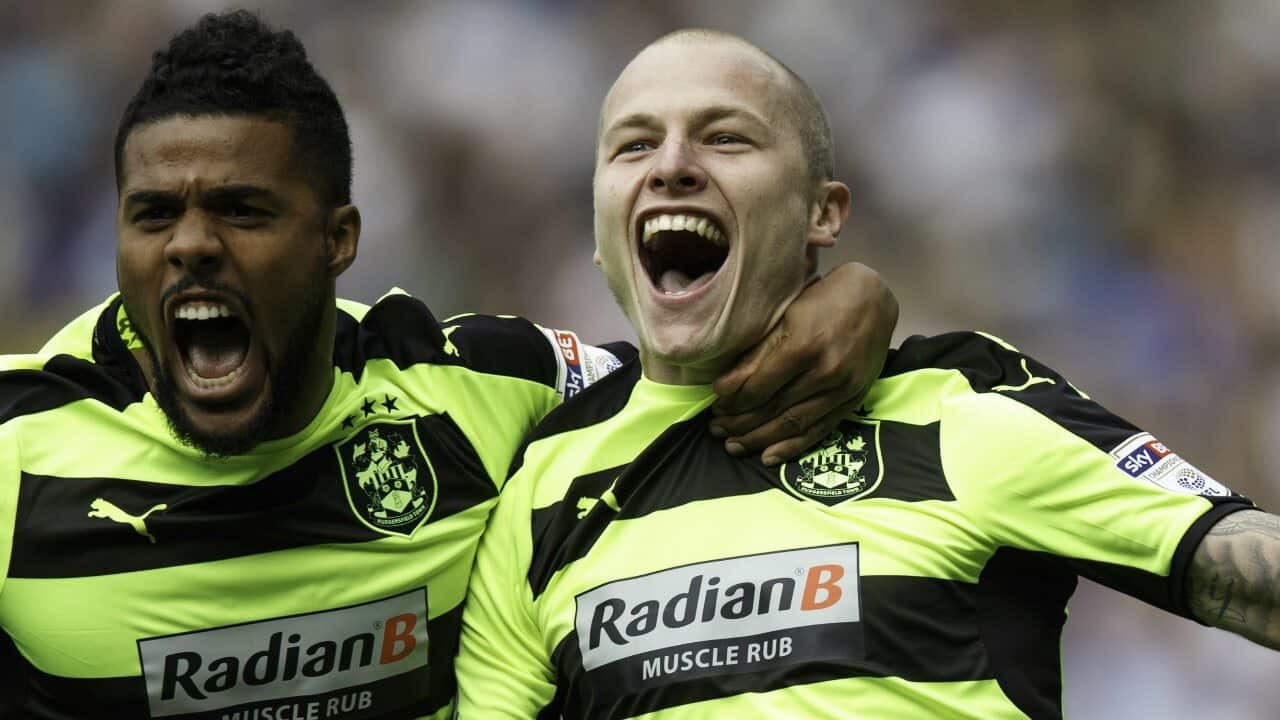 Aaron Mooy has had a brilliant debut season with Huddersfield. Source: Getty Images

Mooy has been in outstanding form this season for the Championship side, starting 32 of 33 matches, scoring three goals and picking up seven assists.

The Huddersfield fans have been raving about him throughout the season and now regularly sing a song in his honour.

It appears to be a big hit with the fans.

Mooy said he's touched by the musical tribute and support he's getting from the fans.

“It makes me feel good. It’s a bit of a funny song,” he told The Herald-Sun.

"The fans have been brilliant with me and supported me from the start and that helps me a lot with the confidence, knowing they’re behind you.”

Mooy, who scored a penalty on the weekend in a 3-1 loss to Newcastle, has also been dubbed the "
Pasty Pirlo
" for his ability to control the match in central midfield.

Huddersfield are currently in third position, pushing for promotion to the Premier League, six points behind second-placed Brighton who have played an extra match.