Cultured defender Rhys Williams isn't expecting a Socceroos SOS next month - but insists he will be ready should Ange Postecoglou opt to take a gamble. 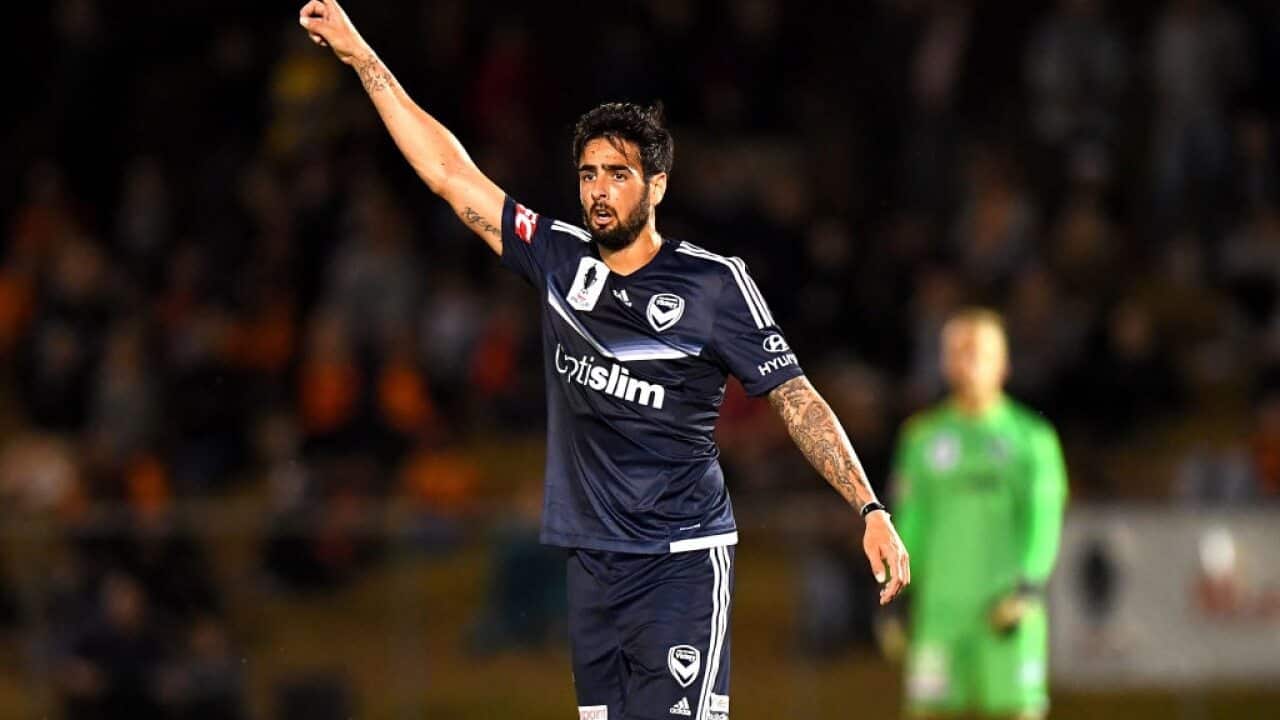 In fact, the 29 year old stopper - fit and flourishing for new club Melbourne Victory during the pre-season - claims he's in better shape now than during his most recent brush with the national team, a call up for March's World Cup qualifiers against Iraq and UAE.

It's all on the line for Australia in their Russia 2018 playoff against Syria over two legs on October 5 and 10.

And if Postecoglou is looking for a 'left field' selection - quite literally - Williams might be it.

Advertisement
Operating as a left-sided centre-back for coach Kevin Muscat, the ball-playing ex-Middlesbrough skipper could provide a beacon of calm and serenity in a three-at-the-back Socceroos system under relentless scrutiny in recent months.

While Williams would rather focus on being in peak condition for his club as the A-League season approaches, the desire to resurface again for Australia after several seasons of injury heartbreak still lingers.

"I feel like if selected, I am a lot stronger and fitter than in March (when he was a Perth Glory player)," declared Williams.

"It is the off-season and it's hard to say. Ange has his thoughts on picking players out of season, but you never know.

"Really, though, I need to be fighting fit for Victory before anything else happens.

"Of course you always want to be in the national team.

"It's a strong group and you can never take for granted playing for the Socceroos.

"I was there to watch them in Melbourne (for 2-1 win against Thailand). I hadn't seen the boys for a while."

Williams was shocked and elated by March's call, viewing it as an act of recognition from Postecoglou that he had not been forgotten after his toils to recover from career-threatening setbacks.

"I was very surprised, and I would be the first to say that I wasn't really ready," he conceded.

"I think the boss also knew I wasn't ready, but wanted to get me back in the fold and show me that I still had a future with the Socceroos."

With his expansive passing range and ability to transition effortlessly into more advanced positions due to his versatility, one-time midfielder Williams can dare to dream.

"If the chance did come I feel I could take it with hands on this occasion," he added.

"Although we haven't played much competitive football, I feel like I'm in a really good position both mentally and physically.

"I believe everything happens for a reason, and if I get back in and do well then it would be meant to be."

Williams has slotted in seamlessly under Muscat's ministrations at Victory, buying straight into the club's rich culture.

"It's a great place to be. I have missed only one training session and have played every minute that's been asked of me.

"I think I've featured in eight or nine of our pre-season game so far.

"I feel like I'm getting used to the way they want to play here and I'm adapting very well.

"I've played the second most minutes of anybody here in pre-season, and don't think I've missed a beat yet."