Matildas superstar Sam Kerr is on top of the world and in the form of her life, but the striker has sounded an ominous warning to her rivals, insisting she's still nowhere near her best. 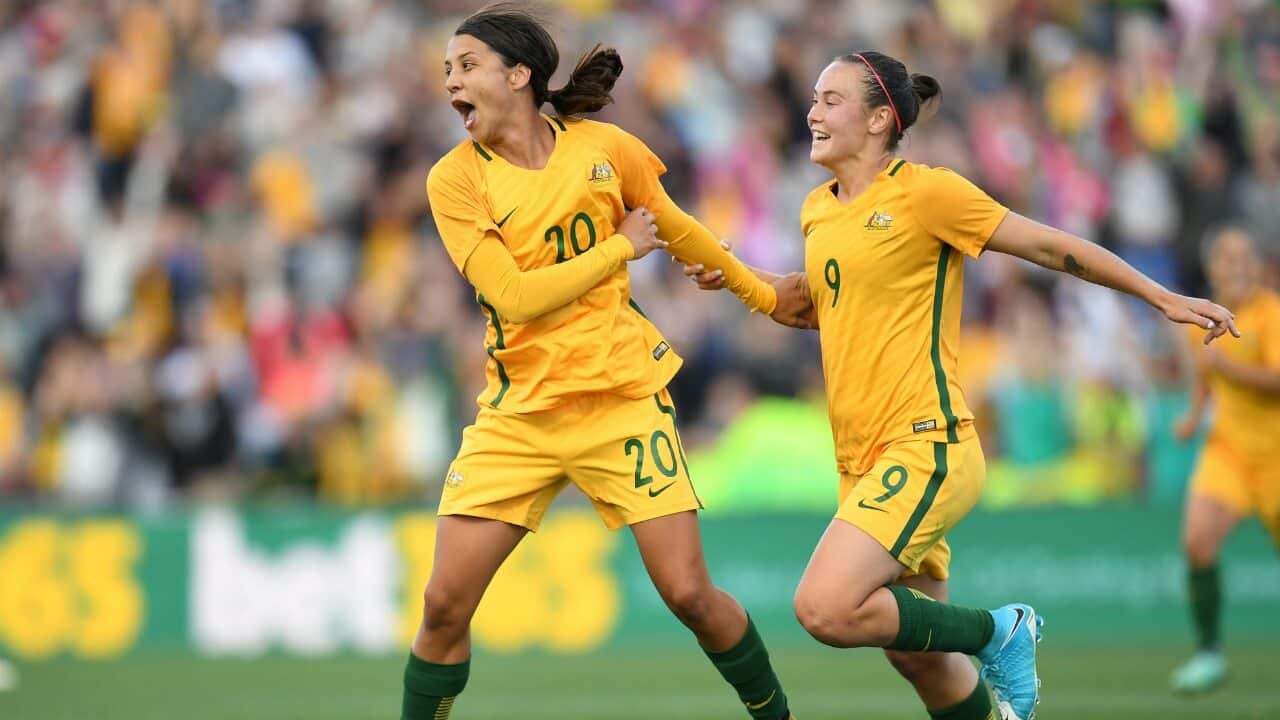 It has been a dream year for Australian football’s golden girl.

She's won The Dolan medal as the W-League’s best player, set the US National Women’s Soccer League all-time scoring record and been recognised by her fellow professionals by being named Professional Footballers Australia's best female player of the year.

Her exploits have also put her among the front runners for the the 2017 FIFA Best Women's Player Award to be decided next month.

Advertisement
She was an integral part of the Matildas’ recent triumph in the Tournament of Nations in July - their first international trophy since 2010 - and was again at her blistering best scoring in Australia's historic 2-0 win over Brazil in front of a sold out Pepper Stadium on Saturday.

Despite all the accolades and match winning performances, the 24-year-old said there is plenty more to come.

“I don’t think I’m anywhere near my best,” she said.

“It has been a huge year for me, but I’m only young and I still have a lot of learning and improving to do both on and off the pitch.

“Previously maybe I wasn’t the best professional but over the last few years I have really buckled down and taken more care with my preparation and training.

“I’m definitely moving towards where I want to go in my career but there is still a long way for me to go.”

The Matidas will be hoping for another strong showing at Hunter Stadium on Tuesday night when they take on Brazil in the second of their two-match series.

Kerr said lifting the profile of the Matildas and women’s football are major driving forces which inspire her to take her game to new heights.

“Representing Australia means a huge deal to me and until recently the Matildas haven’t received the attention we thought we deserved,” she said.

“To have an active involvement in growing the sport I love is something I am very proud of.

“Football is much bigger than just a game now. Young girls look up to us as role models and it is our job to be the best we can be on and off the pitch."

The plaudits keep coming for Kerr, who is regarded my many, including Matildas coach Alen Stajcic as among women’s football’s elite.

But despite the poster-girl status the humble Perth native refuses to buy into the hype.

“Obviously it is a massive honour for people to think of me like that but it hasn’t really sunk in,” she said.

“I don’t consider myself the best in the world, yet.

“Most importantly for me is the fact I’m playing with a smile on my face and having fun.

“More than anything I’m just enjoying myself; I’m injury free and making the most out of playing in such a fantastic team.”