Michael Theo has won the most A-League titles of any player and the Brisbane Roar goalkeeper is bullish about the season ahead after putting two years of injury setbacks behind him. 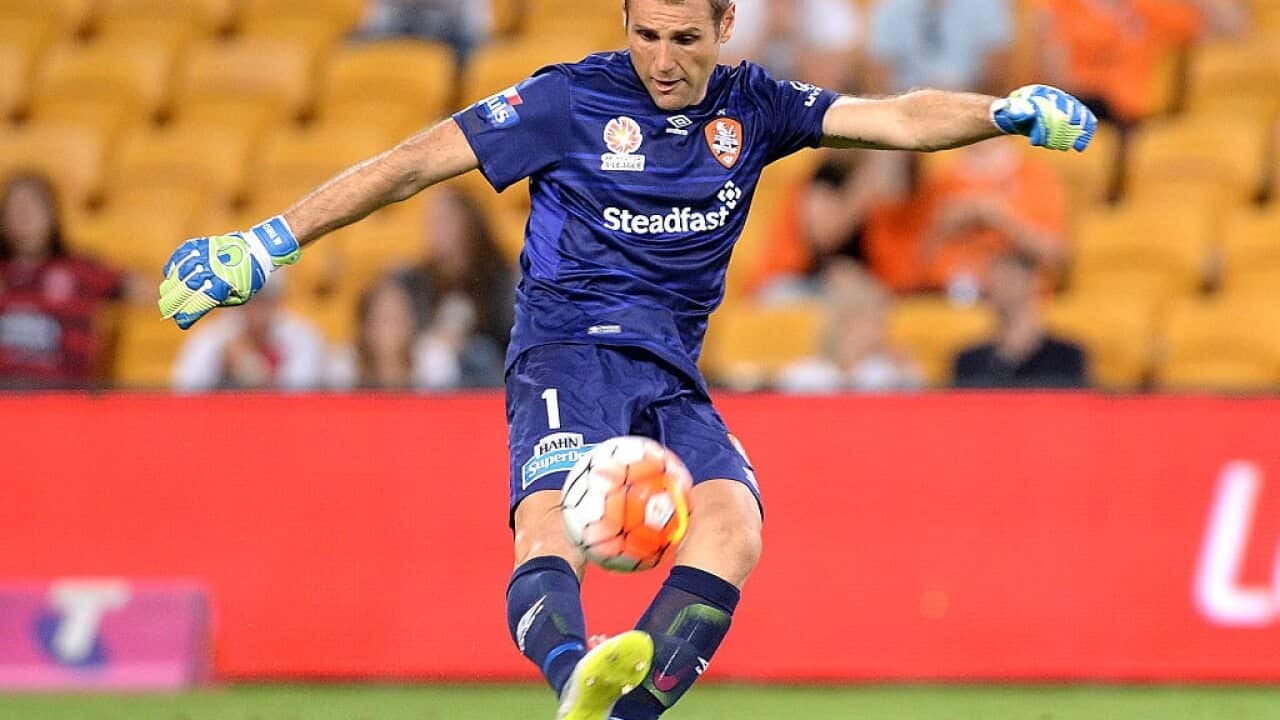 “I’ve been around for a long time in the A-League, not a short time,” the Brisbane Roar goalkeeper told The World Game.  “I’m not a young ‘keeper coming through. I’ve won a lot of titles along the way and I’ve developed plenty of confidence from that.

“When the big games come along I’m a proven player. I feel good and I’m training well and for me it’s all about being ready to go in round one.

“Pre-season is a big factor. It’s super-important I can do all the training and the last two pre-seasons have been terrible for me in terms of injuries, but this one has been great.

“We’re working really hard as a team and the environment John (Aloisi, Brisbane coach) is creating is very positive, so all we can do is control our output as players and then it’s up to John to make decisions.”

Theo won two A-League championships with his previous club Melbourne Victory and has won three with Roar. He has also won two premierships with each club.

But before 2014-2015 began he suffered a fractured wrist, which ruined his season. Then before last season he sustained a quadriceps injury, and after eventually making a comeback he hurt his other quad. Towards the end of the season he damaged a calf muscle.

“I did my wrist just two weeks before the season kick-off,” Theo said. “Last year the quad kept me out for 12 weeks and then I was out for the same amount of time with the other quad.

“Then I did my calf towards the end, so it was very frustrating, but that’s part and parcel of the game. I’d had a good run in the past where I didn’t have any major injuries.

“Now it’s great to again have a full pre-season without any injuries. I’ve completed every session with the guys and I feel good. This time last year I was in isolated training with the physios, so mentally and physically I’m a lot better off now.”

Jamie Young played the vast majority of games in goal for Roar during those two seasons when Theo was mostly out injured. Young played 20 A-League games last season and Theo nine.

But now the competition for places is right back on and the pair have been splitting time in pre-season trial games. In the only official match, Theo was the goalkeeper for the FFA Cup round of 32 tie against Perth Glory, which Roar lost 2-0.

Theo said he welcomed the competition and was confident of being the first-choice ‘keeper when Brisbane kick-off the season with a game against Melbourne Victory at Suncorp Stadium on October 7.

“I’m feeling positive because I know personally that when I have a solid pre-season, I have a solid season,” he said. “I feel good and on top of my game.

“But we’ve got players competing for every spot in the team and it’s no different at ‘keeper. Jamie’s an experienced goalkeeper as well and that obviously works well for the coach. It’s a case of giving John a great headache to have in terms of who to select.

“It’s a battle for positions, so for me it’s a matter of working hard and Jamie and I pushing each other at training and keeping a good level and going from there and aiming to be picked for round one.”

Theo is 35, but that is no negative. There are several quality goalkeepers of that age or older in the A-League, with Melbourne City’s former English Premier League star Thomas Sorensen the oldest, at 40. Theo said he would be aiming to push 40 in the A-League as well.

“Ante Covic was playing at 40 last season and obviously you’ve got Sorensen,” he said. “They and others in their mid-30s have done extremely well and there’s no reason I can’t do the same.

“I want to play for as long as I can and win as many titles as I can. You’re a long time retired, so as long as I’ve got that playing bug and winning mentality there’s no reason I can’t play on for a few more years. That’s definitely my goal.”