Australia midfielder Jackson Irvine believes a midfield spot for the national team can be his if he delivers for new club Burton Albion, after he became the latest Aussie to find a new home in the English Championship. 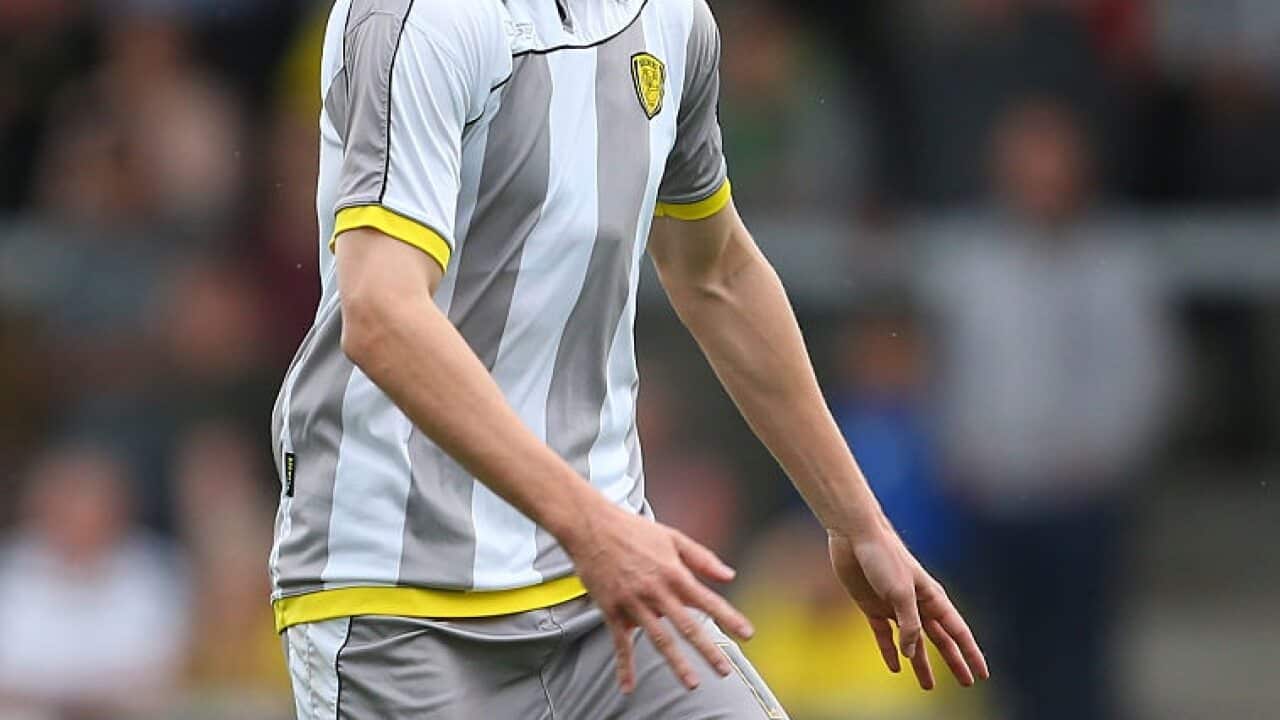 Irvine in action for Burton Albion during the pre-season match against Stoke City on 16 July Source: Getty Images

Advertisement
Irvine, who made his debut in a 3-0 weekend win over Premier League Stoke City in a pre-season warm-up, joins the likes of Aaron Mooy, Jason Davidson, Massimo Luongo, Bailey Wright and Curtis Good in England’s second tier.

“You see so many Socceroos playing in this league and to be here gives me a great chance of making that Socceroos position my own,” said the 23 year-old, who was signed by Burton boss Nigel Clough on Friday and made his debut less than 24 hours later.

“It's always difficult as young player and you may always be on the fringes with the national team, in some squads and out of others, but I am getting to the stage now where I really want to be a regular starter - and coming to Burton gives me a great platform for that.

"It’s a big confidence booster to play at this level ... it was a summer of uncertainly with a few bids coming in and then being rejected before it was all sorted out.”

Irvine, who could one day step into the shoes of Mile Jedinak and Mark Milligan for the green and gold, attracted a wave if interest but is more than happy to have joined a club oozing ambition after successive promotions from League Two and the League One.

“I was prepared to have last season at Ross County but in a blink of eye things changed fast I just want to get started here and I believe I have come in at really good time," the four-times capped Socceroos midfielder said.

“It was matter of waiting for the right moment and the right move and I definitely think this is it.

“The style of the team (under Nigel Clough) will suit me… I got a taste of that on Saturday. The boys like to play through the middle but also get it to the two strikers quickly.

“At this level, teams are clinical. Mistakes and opportunities and seized upon a lot more ruthlessly (than in Scotland)."

Irvine is convinced the Midlands club with the small but fanatical fans base will be just the right fit.

“I seem to do well at these teams like this. It’s a bit of a similarity to Ross County in that regard," Irvine said.

"We will have plenty of Midlands derbies to look forward to against Birmingham City, Derby, Wolves and Nottingham Forest - and that's exciting.

"It's a huge step up for me. There are so many Australians in this league. It’s really exciting to be a part of it, and a bit terrifying in some ways also.

"Burton have achieved so much with back-to-back promotions, and they are looking to keep on moving forward. The quality in the squad is excellent … the pace and of the game and strength of their players is on another level.

"The season starts in three weeks and there’s plenty of time to get to know the players and the way they play.

"I didn’t come here just to be a squad player but I recognise it will be tough and the core of the team has been together a while and has brought the club a long way.

"I am looking to make my mark, and to be able to do that I will need to work twice as hard as ever."