Irvine in demand as move away from Scotland beckons

Fringe Australia midfielder Jackson Irvine has become the transfer target of several Championship clubs and is also attracting interest from Germany’s second tier as his powerhouse performances in the Scottish Premiership this season bring him to the attention of a wider audience. 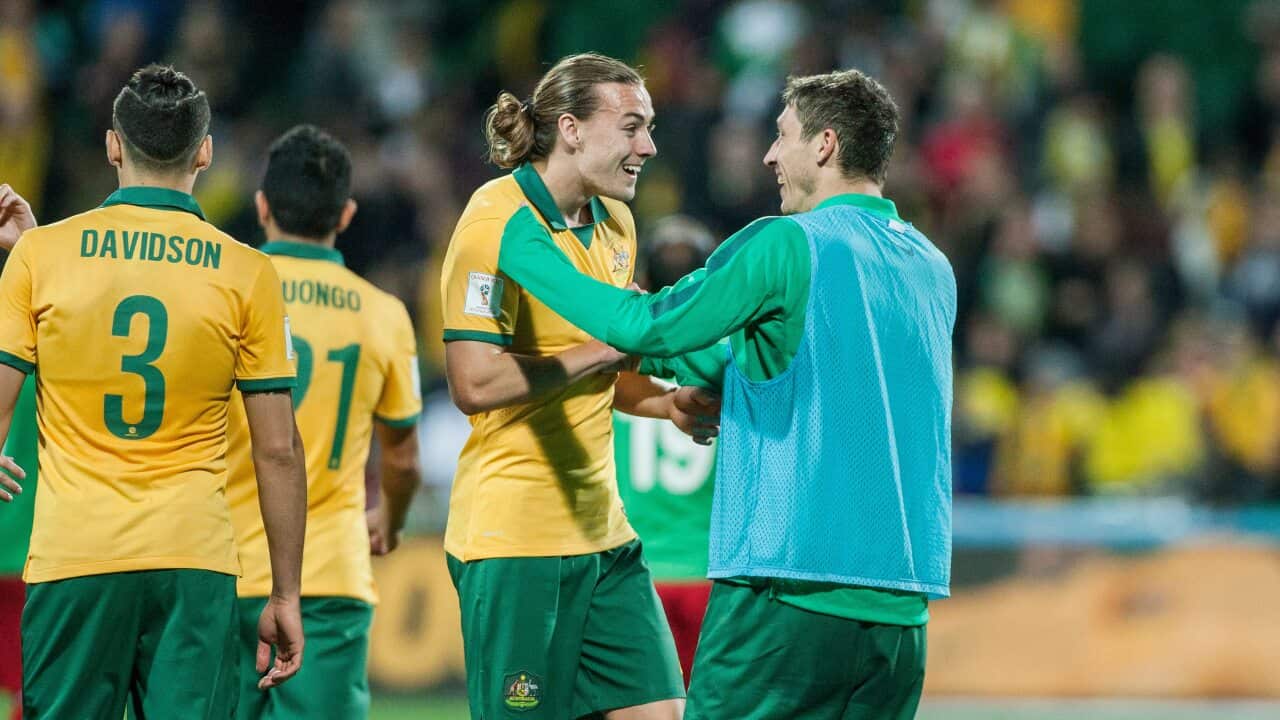 The former Celtic youth player garnered a solitary appearance off the bench against Hibernian in 2012 before being shipped out on loan to Kilmarnock and ultimately on to a permanent move to Ross County.

With 31 appearances this season for fifth-placed County, who have also reached the final of the Scottish League Cup and are in the last eight of the Scottish Cup, Irvine would earn Celtic a handy sell-on fee should he move in the northern summer.

Contracted until mid-2017, the former Olyroos captain – who has two Socceroos caps - is aware of the competition’s limitations and is looking to advance his career elsewhere, when the time is right.

He’s been his club’s talisman this season, his brand of athleticism and dynamism winning admirers far beyond the club’s remote Highland base.

There are even murmurings that the pony-tailed 189cm box-to-box No.6 could eventually emerge as the natural successor to 31 year-old Socceroos captain Mile Jedinak.

But that will be dependent on him breaking free of the gold fish bowl of Scottish football and flourishing in England or mainland Europe.

Standing four centimeters above Jedinak, Irvine shares a similar aerial prowess with the combative Crystal Palace captain, and while he doesn’t possess his positional acumen – quite yet – he has been blessed with batteries which never run on empty.

As opponents in Scotland will attest, Irvine – who routinely covers over 12km in matches - is not averse to getting a foot, or a toe, into a challenge and doing the nitty-gritty when called upon.

There is also an elegance to his game – all of which has made him indispensable to Ross County coach Jim McIntyre.

Decried as a footballing backwater by many – unless you are on payroll of Celtic like fellow Socceroo Tom Rogic – Scotland is showered with few plaudits.

But it remains a solid development league for Australians, many of whom will recall that Aaron Mooy – a staple in Ange Postecoglou's midfield of late and hailed as one of the top three players in the A-League – spent two seasons at St Mirren but returned home without ever winning a regular starting spot.

Last seen for the Socceroos as a substitute in Perth six months ago as Australia cruised to a 5-0 win over a hapless Bangladesh, Irvine is doing his utmost to break down the door for a recall for this month’s FIFA World Cup qualifiers against Tajikistan and Jordan.