It's about time Australian football got its priorities right

We might as well just give up and admit it: Australia is not a football country and it probably will never be. 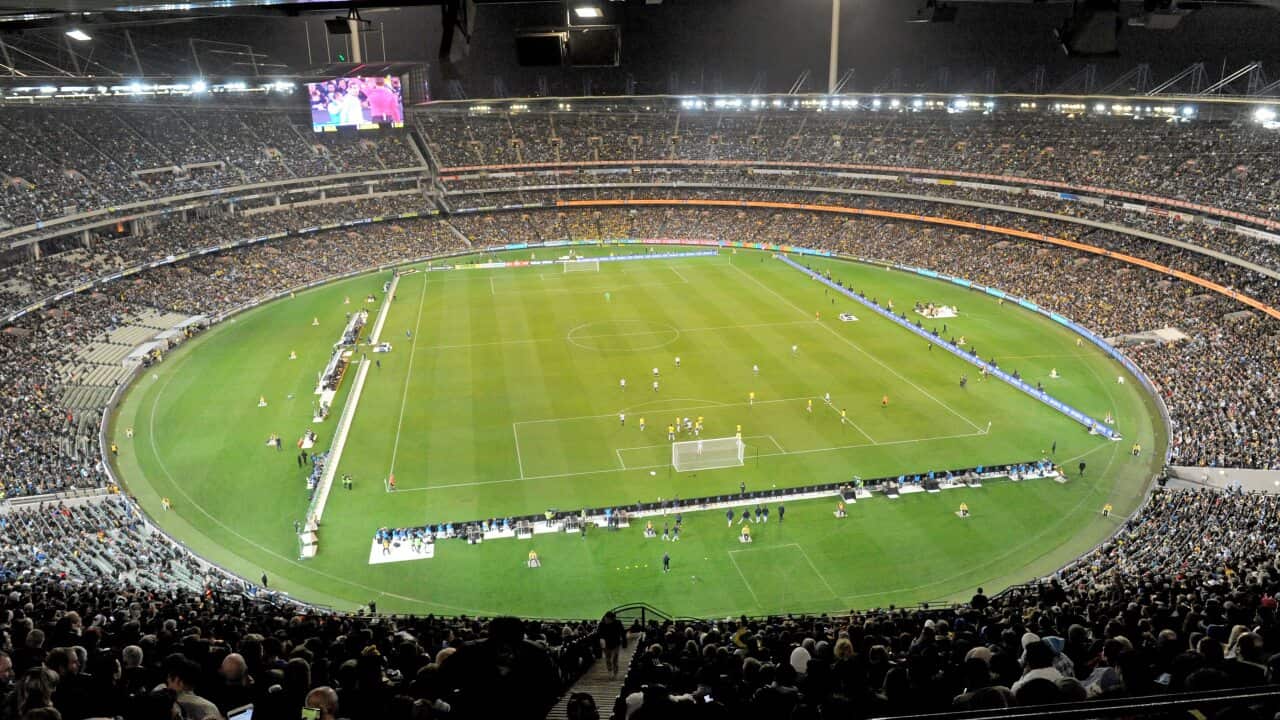 Argentina and Brazil drew a capacity crowd at the MCG Source: AAP

We've got our priorities and loyalties all wrong.

It is a major concern - almost embarrassing - that more Australian fans would pay to watch visiting teams in a friendly than their own national team in a crucial FIFA World Cup qualifier.

Real football countries do not do this: fans put their own team's interests first and care very little about the rest of the world.

Advertisement
This is the only conclusion to be drawn from the massive snub of Australia's national team as they battle to reach Russia 2018.

While the Socceroos drew a disappointing 29,000 crowd for their 'must-win' qualifier against Saudi Arabia in Adelaide, a meaningless exhibition match between Argentina and Brazil in Melbourne a day later attracted a capacity crowd of 95,000.

The Socceroos play Brazil at the same MCG venue on Tuesday and indications are that the crowd will not surpass the 50,000 mark.

I will not ask the question why more people would pay to watch a friendly between two foreign teams than a World Cup qualifier involving the Socceroos because we all know the answer.

It is because our love of the game is peripheral, misdirected and not part of the country's culture and the majority of football lovers in Australia would prefer to dig deep into their pockets to watch foreign teams than their own.

You see, Australian football - despite its marked improvement over the years - is still seen as a sub-standard product by thousands of would-be consumers despite Football Federation Australia's efforts to talk up our game.

But a good cover will never make a bad book a good read.

It's a sad state of affairs because up to a few years ago the general feeling was that football was making serious inroads into mainstream Australia's sporting landscape, even prompting FFA to (bombastically) claim that our game was poised to become the top sport in the country.

Recent events would suggest that the club and international game in Australia not only has little chance of competing with Australian rules football, rugby league and cricket but it has a battle on its hands to even retain the status quo because there is clearly a disconnect between the Socceroos and the A-League and the thousands of fans at large.

In 2005 Australia faced Uruguay in a World Cup playoff that will go down as the highest point of the game in this country, its finest hour.

A boisterous, aggressive, passionate and bloodyminded crowd of 85,000 aficionados in Sydney jeered the South Americans, rode every tackle and kicked every ball in anger as the green and gold went on to reach the World Cup amid widespread acclaim and jubilation.

The atmosphere was no different to that of any big game in Europe or South America and many of those who played in that epic match still regard it as the greatest experience of their career.

We all believed that football had come of age that memorable night after John Aloisi's famous penalty kick made us forget 31 years of hurt and sent reverberations around the world.

Compare the feeling surrounding that magical match with the unsatisfactory showing by the current national team and the fans' even less inspiring response to the Saudi game.

It is now painfully clear that the mega event in Sydney 12 years ago was not a true reflection of Australia's football culture but an exception to the rule.

Generally speaking, fans in Australia are not 'supporters' but mere 'spectators' and when it comes to international football they hardly ever make opposing teams dread coming here, let alone tremble in their boots. It's the way it is, unfortunately.

Australian football should concede that if it is to hit the big time in this country it should make its product more appealing to the fans at large.

Fans will always buy a quality product - let's not forget this - so it is up to football to lift its game across the board.

Easier said than done, for sure, but it would help if we collectively learn to keep things in a proper perspective, recognise and work on our limitations and stop pretending we are what we are not.

Who knows, we might even become a proper football country one day.