Jackson Irvine ready to bounce back from tough defeat

Australia midfielder Jackson Irvine blamed himself for the goal which cost his new club Burton Albion a point against Bristol City at the weekend – but has vowed to learn from what he says was a harsh lesson. 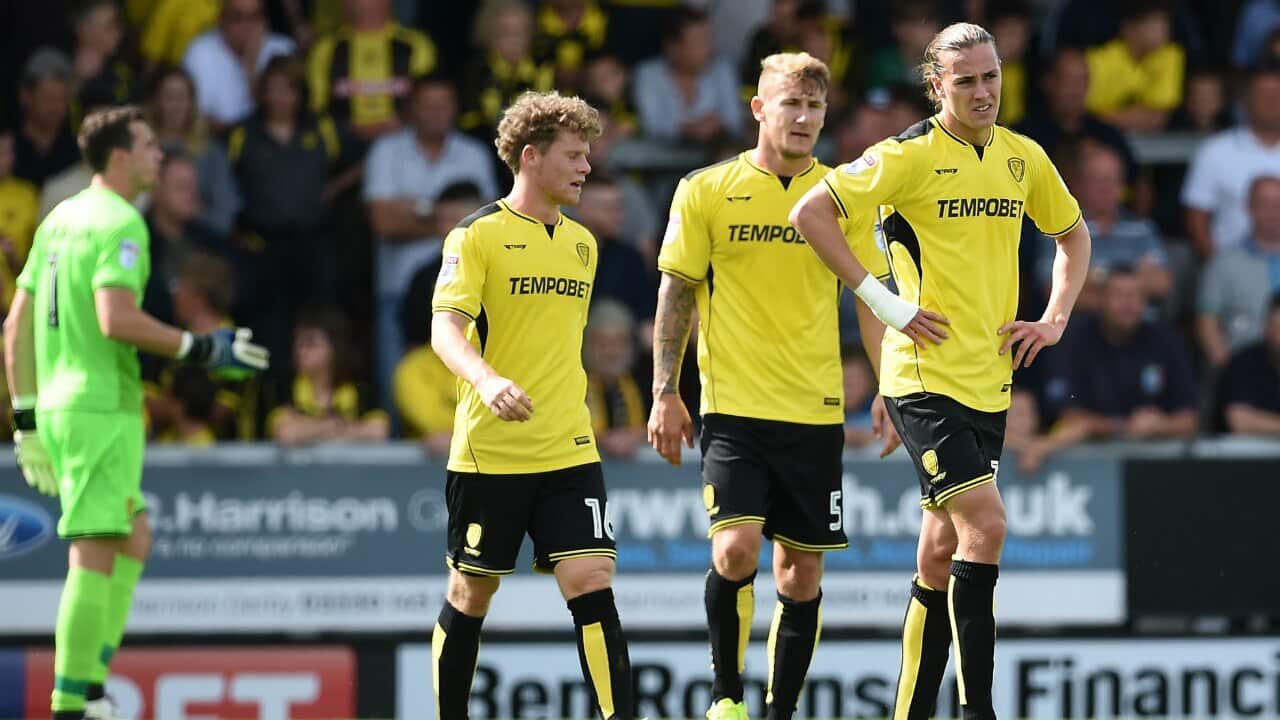 Tammy Abraham's 95th-minute winner saw newly promoted Burton slide to their second successive loss of the new Championship season as they went down 2-1, with Irvine, 23, taking some responsibility for the goal by jumping in too soon and allowing Jonathan Kodjia's to get his cross away.

Burton’s record signing, who was suspended for the opening day loss to Nottingham Forest, said: “After equalising in the 88th minute we thought we were worth more than a point because we created so many chances and to lose that way hurt a fair bit.

“I committed myself too early (in the build up to the winner) and I will certainly learn from that. It’s obviously hard when it comes so late also.

“At this level, as compared to Scotland in my time with Ross County, it’s all about those split second decisions you make, and making the right ones.

“That’s what sets the two leagues apart, it’s those little moments and the margins are very fine. That’s certainly something I will learn from.

“As a player, you are always hard on yourself and I do feel I could have done better in that situation.

“Really, after two games we should have four points instead of none and we’ll obviously have to learn fast because we’re a newly promoted team in a very tough league.

“I’m relishing it though ... it’s why I joined the club, and you know that every match is going to be really hard and you don’t get many second chances at this level.”

Despite taking some responsibility for the loss, Irvine impressed during the 90 minutes and is confident he will make a success of his new life in English football's second tier.

He was pleased with his performance up until that fateful moment on his full league debut.

“I think I have the qualities to do well here and that’s why the club brought me in,” he said.

“It’s a testing league for sure, but that’s what you want as a footballer. Over the next ten days or so we’ve got Sheffield Wednesday, Blackburn, Liverpool in the League Cup, and Derby County. These are all huge games for us, and I can’t wait.”

“I watched them against Arsenal on Sunday [a 4-3 win at the Emirates] and it’s scary how good they can be.

“But just to have the chance to play a team of that calibre in front of our own fans is going to be something special,” he said.

“It’s a cup tie, and as we’ve seen so many times before anything can happen.”