Australia captain Mile Jedinak is in prime shape to lead the Socceroos through to the final phase of the 2018 FIFA World Cup qualifying campaign after forcing his way back onto the team sheet at Crystal Palace. 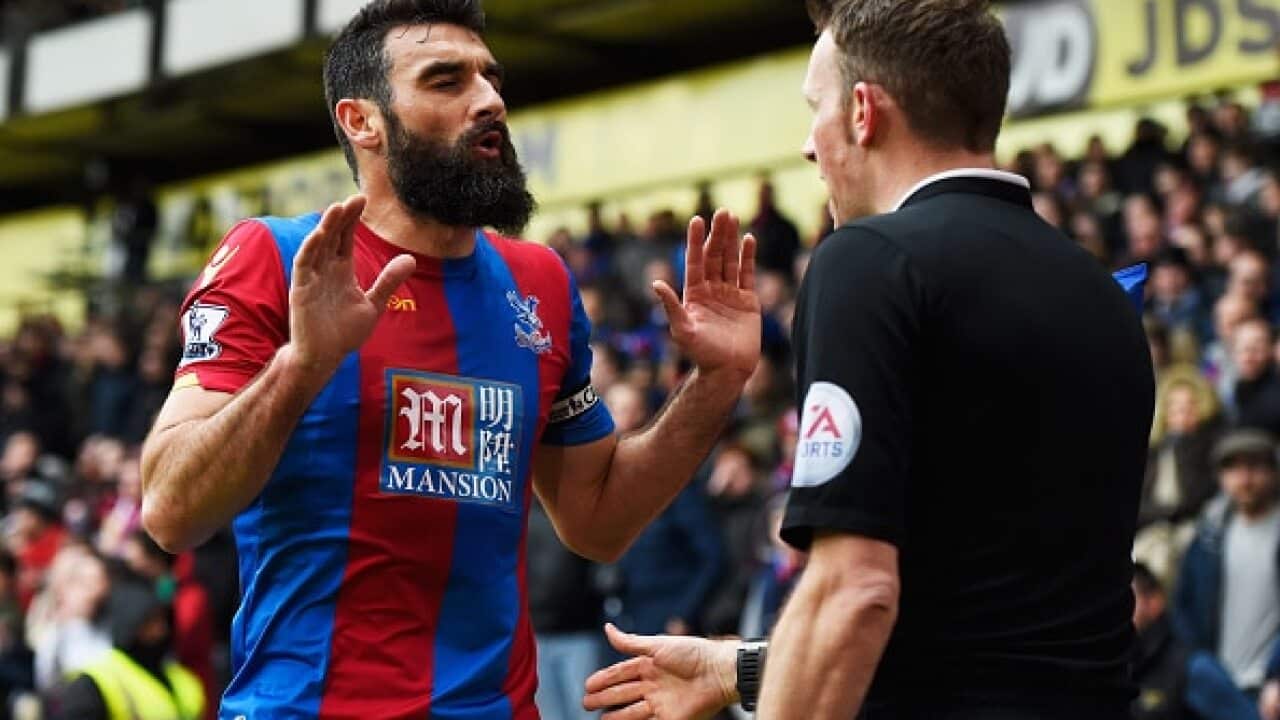 Over the past three months the Eagles captain has displayed resolute strength of character in winning over the faith of manager Alan Pardew and ensuring his name is the first one jotted down on the Premier League team sheet.

Advertisement
Now, Jedinak will be match-hardened and battle-ready for Thursday’s FIFA World Cup qualifier against Tajikistan in Adelaide, and the likely Group B decider against second-placed Jordan in Sydney five days later.

"It’s in our hands and it’s up to us to make sure we maintain that level and the gap,” Jedinak said, about Group B.

“Whenever the games are at home we always fancy ourselves, and it will be great to be playing in front of packed stadiums”

Jedinak was a peripheral figure at the start of the season as he struggled to win over new manager Pardew, but patience and persistence paid off for the unflappable midfielder who has started eight of Palace’s last 13 games, and has only missed out entirely in only one.

“I haven’t played as much as I would have liked through a combination of reasons, but it’s one of those things in football that you go through,” Jedinak said.

“It’s about maintaining your focus ... if you get too caught up in things then when you are given an opportunity you might not be able to take it.

“So it’s been about knowing that there would be a chance at some stage …whether that’s with the club or the national team it’s always about taking those opportunities.

“We’ve had our injuries this season, some long-term injuries, and I’ve been fortunate enough to get in and hold my own.

"I am just happy to have been able to contribute and help my teammates out, which is the most vital thing.”

Alhough Palace are flirting with relegation at the wrong end of the table, they have soared into the FA Cup semi-finals with Jedinak remaining a firm favourite at Selhurst Park. While not pretending to know what the future may hold, the allure of the Premier League still holds him in its thrall.

“It's the league you want I play in on a weekly basis. I have seen it that way for a while being a part if it has just enhanced my thoughts on that,” Jedinak said.

“When I play it’s always to try and help … it’s what I except and what my teammates expect and I am happy to continue to do that whenever I am called upon.”

Jedinak isn’t thinking beyond Australia’s clash against Tajikistan, let alone beyond this season. Asked if China, home to fellow Socceroos Tim Cahill, Trent Sainsbury, Matt Spiranovic, Ryan McGowan and James Troisi, might hold some allure at some stage, Jedinak said:  “I've been asked the question before and I’m not 100 per-cent sure yet.

“I am still enjoying my time in England, and really I wouldn’t have clue at the moment. Seeing the influx of the Aussies there is something you've seen and I'd be interested in their feedback.

“It’s nice to see they are getting opportunities and I am sure those that are there will take them and open up the door for more Australians to head over in the future.”