Jimmy Jeggo insists his stint with Austrian Bundesliga leaders Sturm Graz has him primed to soar for Australia after he was called up to the Socceroos' squad for their upcoming 2018 FIFA World Cup qualifiers against Saudi Arabia and Japan. 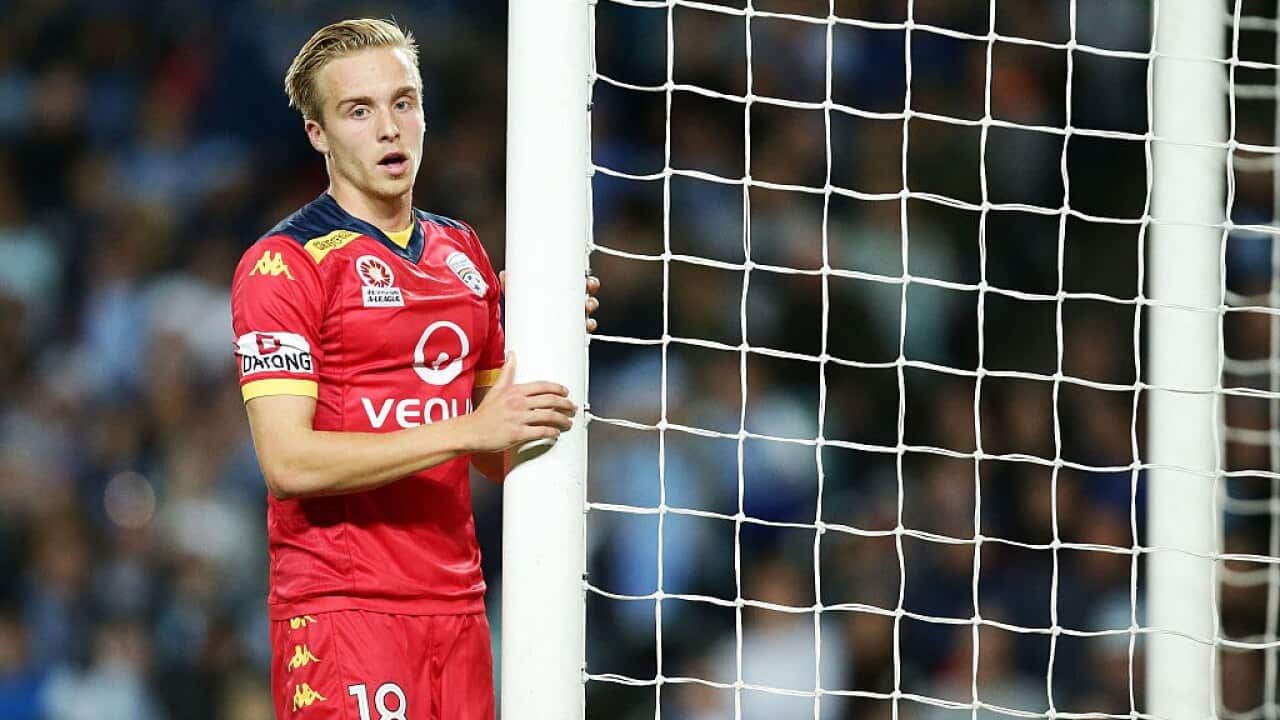 The 24-year-old midfielder, who has already racked up 11 games in all competitions this season for the club he joined from Adelaide United nine months ago, is familiar with the wiles and ways of Ange Postecoglou having spent 18 months at Melbourne Victory during the coach's reign there.

And he has no doubt that, having been groomed into a holding specialist since leaving the A-League, he can deliver in his first call-up to the national team for the games in Jeddah on 6 October and Melbourne five days later.

“I have worked with Ange before and I know what he expects from his players and how much he likes the possession-based game and playing out from the back,” Jeggo said.

Advertisement
“He likes his teams to get forward and play aggressively … but there will be little tweaks and things I need to pick up on also.

“Having that familiarity with him with make things easier because I know how he sets his standards.

“I learned a massive amount in my time with him at Victory ... it helped me improve and taught me so much. I am sure that I will now learn a lot more again when I go into camp with the Socceroos.

“If the chance comes to play I am ready to take it.

“Whatever happens, I am going to take it all in and also try to make an impression and put my hand up for future squads."

READ MORE
Jeggo kicking up a Sturm in Austria

Jeggo admits his call up came as “a bit of a surprise”, even though there had been some contact with the Socceroos hierarchy over the last month and he knew he was on the radar.

“With all the depth they have in midfield it is a little bit of a surprise, but I am obviously delighted by the call-up and I think the fact I have been playing as a holding midfielder in a slightly different role to a lot of the boys that are doing well at the moment has helped me," he added.

“These are two massive qualifiers and it will be really good to be in and around the squad.

“These sorts of chances are something you work towards every day. Maybe coming here (to Sturm) has helped my chances, from the point of view of putting in place different aspects of my game which might not have happened had I stayed in Australia.

"It was a good catalyst … but it’s hard to say whether I would have got the chance or not had I remained in the A-League.

"Ange rates the A-League and regularly gives players from that competition a go, so I don’t see it’s a hindrance to getting a call-up.

"I know that one or two bad performances for my club and things can change very quickly, so I need to keep doing what I am doing."

The top two ranked nations from Australia's six-team group, which also includes Thailand, qualify for the 2018 World Cup, with a third team sent to a play-off.