Australia goalkeeper Brad Jones played a full game as Feyenoord beat Ukrainian side Zorya Lugansk 1-0 in the UEFA Europa League at De Kuip with a goal from Nicolai Jorgensen on 55 minutes. 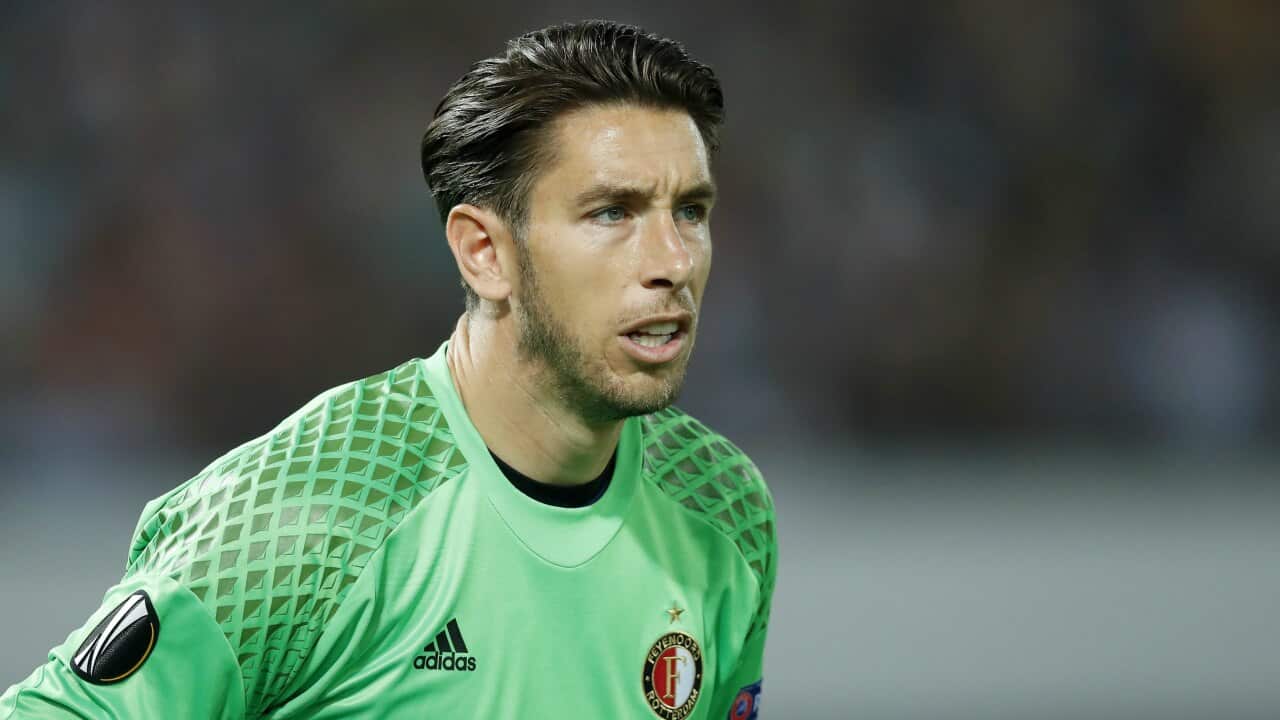 Feyenoord lead Manchester United on head-to-head record in Group A, with both teams sitting on six points.

United moved level on points with Feyenoord thanks to a 4-1 win over Fenerbahce.

Paul Pogba put the English side ahead from a penalty on 31 minutes, before Anthony Martial added another spot-kick just three minutes later.

Advertisement
Pogba curled in his second on the stroke of half-time, with Jesse Lingard firing in a fourth just after the restart.

Robin van Persie netted a consolation against his old club on 83 minutes which was warmly applauded by all sides of Old Trafford.

In Group D, League of Ireland Premier Division side Dundalk lost 2-1 at home to Zenit St Petersburg, who also missed a last-minute penalty.


The Russian side have a five-point lead while Dundalk are second, a point ahead of Maccabi Tel-Aviv.

The Israeli side secured a 2-1 away win at AZ with a late goal from Eyal Golasa.

In Group B, Young Boys came from behind to beat Apoel Nicosia 3-1 with a hat-trick from Guillaume Hoarau.

The Cypriot outfit are still top, though, level on six points with Olympiacos who recorded a 4-1 win over Kazakh side Astana with a brace from Junior Seba.

Three teams are now locked on five points at the top of Group C.

Mainz and Anderlecht drew 1-1 while St Etienne secured a 1-0 home win over Gabala, who are bottom without a point.

Austria Vienna battled to a 3-3 draw at Roma, with both teams level on five points at the top of Group E.


Stephan El Shaarawy scored twice for the Italian side, but late goals from Dominik Prokop and Olarenwaju Kayode secured a dramatic draw.

In Group F, Genk beat Athletic Bilbao 2-0 at home to move two points clear after Rapid Vienna and Sassuolo played out a 1-1 draw.

Shakhtar Donetsk maintained their 100 per cent start to Group H as they thrashed Gent 5-0, while Konyaspor and Braga drew 1-1.

Schalke also have three wins from three in Group I after a 1-0 away win over Russian side Krasnodar.

Fiorentina stayed top of Group J with a 3-1 win away at Slovan Liberec, where Nikola Kalinic scored twice in the first half.

FK Qarabag beat PAOK Salonika 2-0 to move above the Greek side into second place.

Inter Milan saw Marcelo Brozovic sent off but the 10 men held on to beat Southampton 1-0 and record a first win in Group K, Antonio Candreva with the goal.

Sparta Prague are top after a 1-0 win away to Israeli side Hapoel Be'er Sheva.

Villarreal remain leaders of Group L after battling back from two goals down to earn a 2-2 draw away at Turkish side Osmanlispor, who saw substitute Mehmet Guven sent off.

FC Zurich are second, level on four points with Osmanlispor, after they drew 1-1 away at Steaua Bucurest.

Celta Vigo and Ajax shared four goals in an entertaining 2-2 draw to keep themselves at the head of Group G.


It was also 2-2 between Standard Liege and Panathinaikos in Belgium.