Though unfamiliar with most of the team, Jordan coach Harry Redknapp is well acquainted with one of the Socceroos' most dangerous weapons. 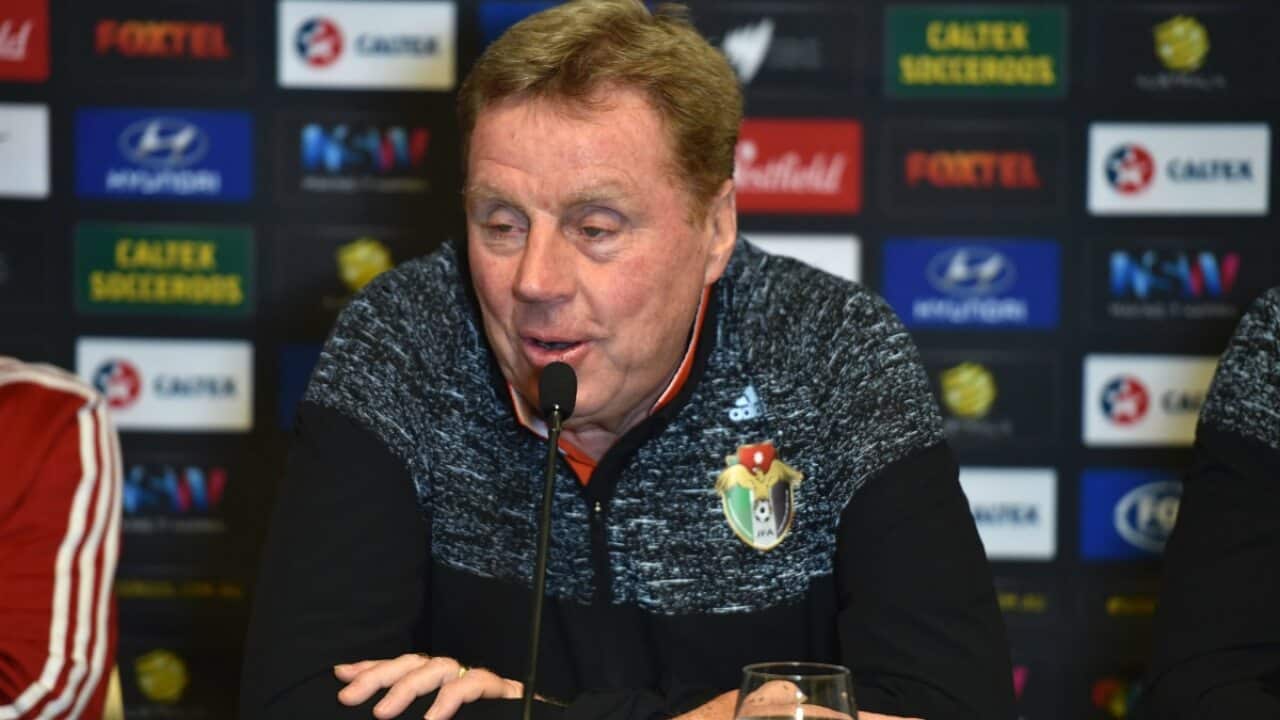 The long-time English Premier League manager saw the Tim Cahill show on repeat during the striker's eight years with Everton.

Advertisement
It was ample time to notice Cahill's extraordinary aerial skill and ability to latch onto any ball in the box.

And with the 36-year-old a good chance to return to Australia's starting line-up for Tuesday's crunch World Cup qualifier, Redknapp knows neutralising such a threat is a big ask from his Jordan team.

"I've come across him so many times as a club manager," said Redknapp, who was reportedly even interested in signing Cahill to Queens Park Rangers in 2014.

"He's as good as anyone I've seen at arriving and finding space in the box.

"For a small guy he's got an incredible leap. He's just got that knack.

"The ball arrives in the box and Timmy Cahill's on the end of it.

"That's something we have to be very aware of, for sure."

Redknapp knows Jordan are underdogs to win at Allianz Stadium in his second and final match in charge before returning to England to take up an advisor role with Championship side Derby County.

They need to win to steal top spot from Australia in their group and guarantee progression.

But Redknapp said his expectations about the quality of football in the Arab nation had been well surpassed during his week at the helm, in which the team struck at the heart of Bangladesh in Amman with eight unanswered goals.

Striker Hamza Al-Dardour netted a hat-trick in that match, and will be on hand to punish any sloppiness from the Socceroos.

"When I came over, I had no idea about Jordan football or how good they were," Redknapp said.

"It really wasn't something I'd ever looked at, so when I arrived I had a very open mind.

"I've been really surprised at the standard - it's much, much higher than I ever expected.