Juric focused on game time rather than the Socceroos

Australia striker Tomi Juric is targeting an injury-free season with new club Luzern, admitting he has missed too much football in the past two years to place himself at the top of the Socceroos’ pecking order. 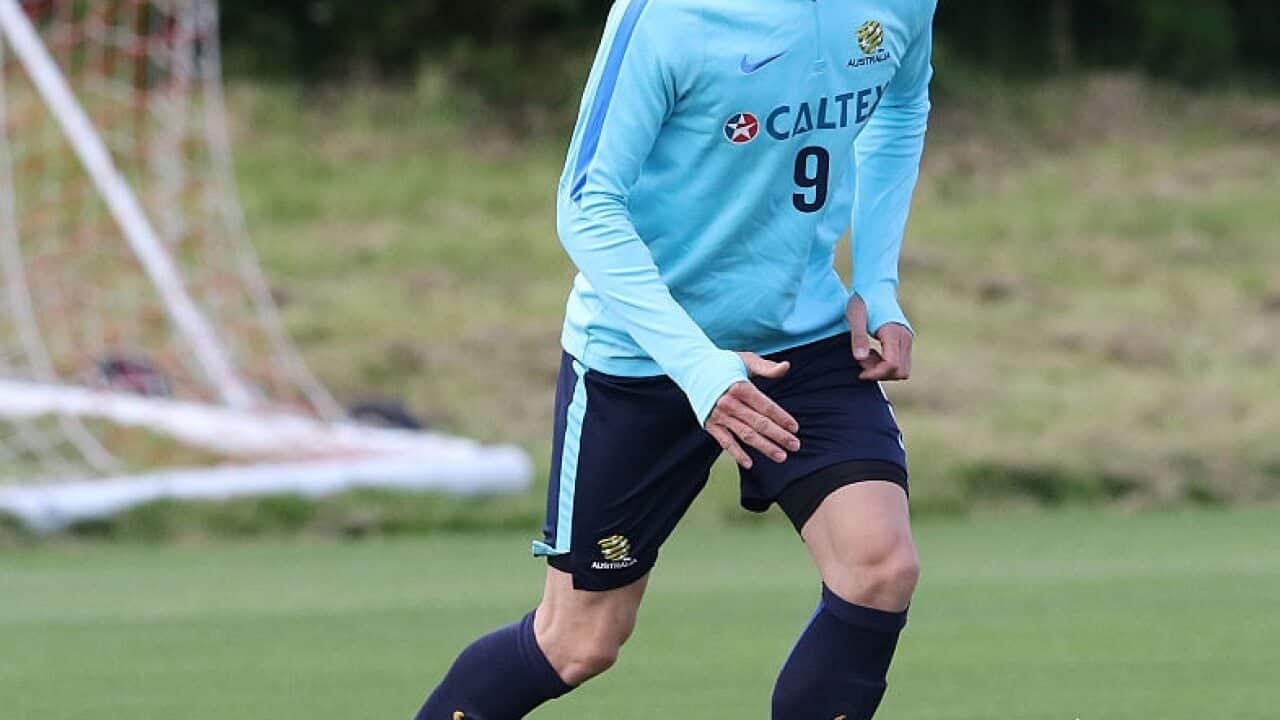 Juric, who this week moved from Eredivisie club Roda JC to the Swiss Super League, turns 25 on 22 July and is competing with the likes of China-based Apostolos Giannou for the right to eventually replace iconic striker Tim Cahill as coach Ange Postecoglou's go-to-man for goals.

Advertisement
But, right now, the former Western Sydney Wanderers forward is more interested in making up for lost time than making grandiose statements about how he intends to lead the line for Australia in the future.

Hampered by injuries during his time at Wanderland, and also last season at Roda – where he scored seven goals in 20 appearances, Juric, who was a 73rd minute substitute in the recent 2-1 international loss to England at Sunderland's Stadium of Light, said: "Of course I want be heavily involved with the national team".

"But if I am not fit, it’s not something I am going to be doing all that often.

"If I am fit and I stay on the pitch, then I am sure I will play well and will be scoring goals.

"My main goals this year are to play right through the season and hopefully I can do that with Luzern.

"It’s been frustrating having a few injuries each year ... I guess just bad luck.

"But I have to be optimistic now and make sure I stay out there on the pitch during the entire season and I feel I am in a good position to do that.”

Juric, who scored 12 goals in 34 appearances for the Wanderers, believes he still has much to learn and plenty to prove, and said he rejected several lucrative offers in Asia to remain in Europe's football finishing school.

"I wasn't satisfied with my last season at Roda … I had some bad luck with some injuries, especially in the second half of the season, and it was a bit difficult," he said.

"But I have turned a new page now and I can start afresh and hopefully give it two strong years and see how things go from there.

"Without a doubt Europe is the best place for me … it's the centre for improvement for players and it’s where I want to be at the moment to bring the best out of myself."

Juric will be working under former Liverpool defender turned coach Markus Babbel at Luzern, who finished third in the league last season and are in the third qualifying round for this season's UEFA Europa league.

"They have a really good coaching staff at Luzern and I am really happy with the choice I have made," Juric said.

"I am after a good strong start to the season and hopefully that holds all the way to the end.

"(Socceroos teammate) Ollie (Bozanic) played here for a couple of years and I am excited by the challenge, especially playing Europa league qualifiers, which doesn’t happen at every club.

"We are competing with Young Boys, Basel and Grasshoppers and may not have the biggest budget in the league, but the club has heaps of ambition."

Juric sees the move from Eredivisie strugglers Roda to Luzern as a natural progression, and said: "I am grateful for the opportunity Roda gave me but it was time for something different".

"I gave it a crack and it was a difficult season, but with Luzern finishing higher in their league, it's somewhere where you can compete for prizes and honours."