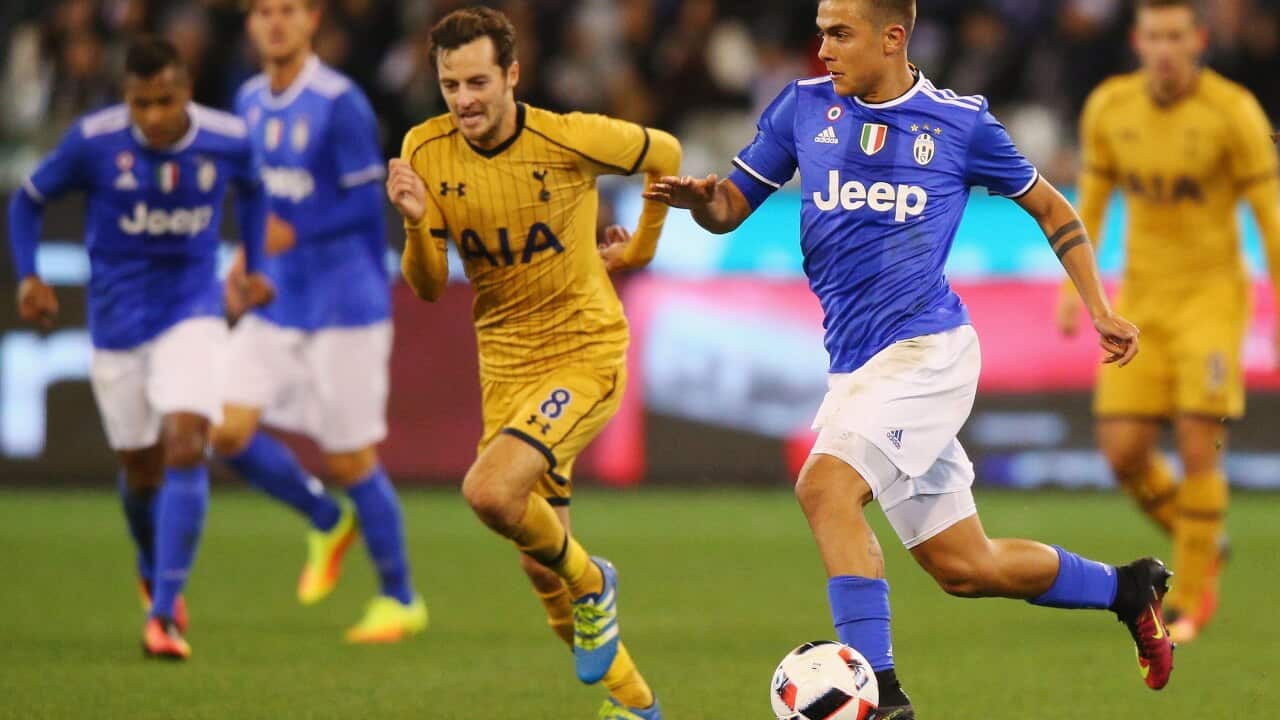 Medhi Benatia scored his first goal for Juventus as the Serie A champions ran out 2-1 winners against Tottenham in the International Champions Cup in Melbourne.

The centre-back looped home a header after Paulo Dybala had put Juve in front with just six minutes played against a youthful Spurs side at the MCG.

Mauricio Pochettino's team enjoyed plenty of possession, particularly in the second half, but struggled to make any headway against an inexperienced Juve defence who did well to keep debutant Vincent Janssen quiet.

Advertisement
Miralem Pjanic impressed for Massimiliano Allegri's side but missed a superb chance for a third goal, and Erik Lamela gave Spurs hope of a comeback when he halved the deficit with 23 minutes left.

But Juve held on and looked largely in good shape, despite still missing the players involved at Euro 2016, including reported Manchester United target Paul Pogba.

The Old Lady broke the deadlock early on as errors in the Tottenham rearguard undid their promising early work.

Dominic Ball lost possession to Roberto Pereyra, and after Cameron Carter-Vickers failed to win the ball back with a slide tackle, the Argentinian picked out Dybala in space in the area, who lashed home into the bottom corner.

Dybala came close to a second on 13 minutes, latching onto a loose ball before letting fly from 25 yards, forcing Michel Vorm to tip the ball over the bar.

But when the resulting corner was cleared only as far as Pjanic, the midfielder clipped a fine cross towards former Roma team-mate Benatia, who rose highest to loop a header back across goal and into the right-hand corner of Vorm's net.

Youngster William Miller was a bright spark for Spurs in a disappointing half, and the 20-year-old felt aggrieved not to win a penalty when he went to ground under pressure from Benatia and Pol Lirola, although the contact was minimal.

Pochettino made four changes at the break and his side started the second half brightly, although Pjanic should have made it 3-0 when he raced in behind the Spurs defence following Hernanes' pass, only to balloon a shot over the bar from 12 yards out.

Lamela snatched a lifeline for Spurs, drilling low into the bottom-right corner after Victor Wanyama had done well to win back possession in Juve's half, and the Argentinian stung the palms of Neto when he side-footed straight at the Juve goalkeeper from the edge of the area.

Shayon Harrison was denied a stoppage-time equaliser when Neto saved well low to his right after good work from Lamela, allowing Juve to hold on for the win.