If the Central Coast can attract some more quality players the re-signing discussion will be "an easier conversation" to have with the club, Mariners star Roy O'Donovan says. 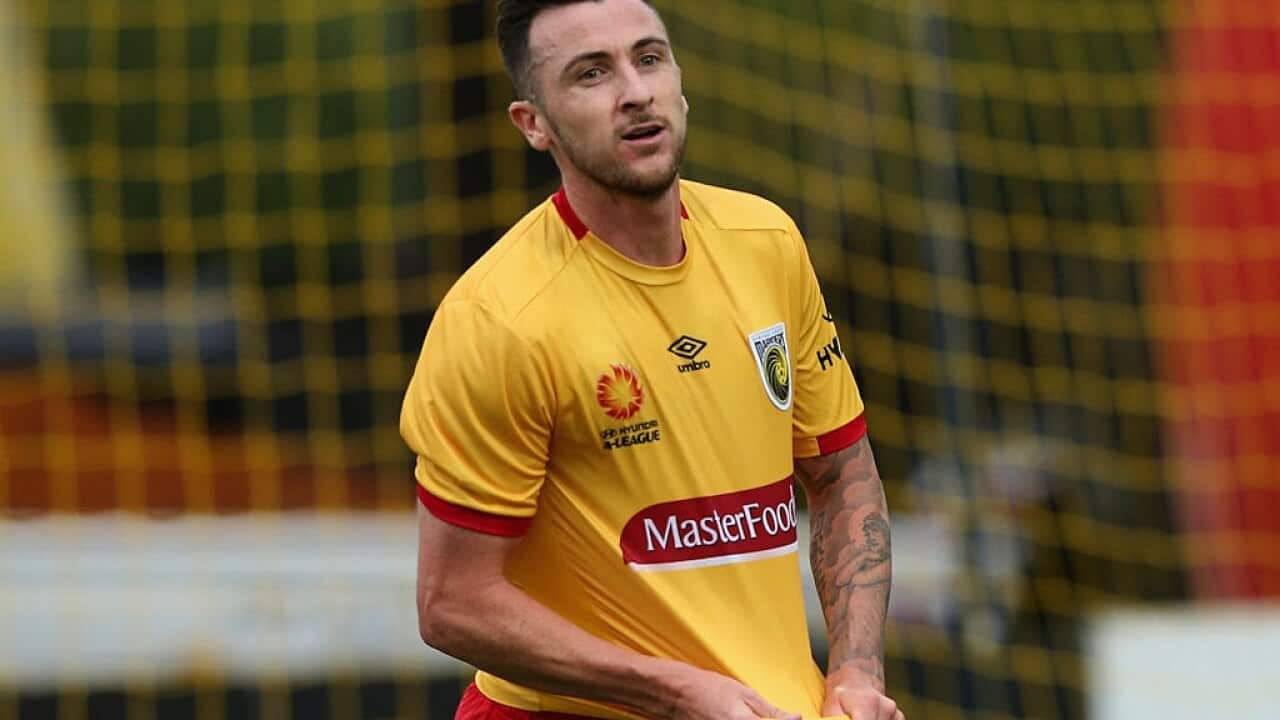 O'Donovan is happy at the Mariners and living near the beach with his young family, but admits there are other key factors to consider before he would commit to a new contract.

The 31-year-old striker has become a big target for rival clubs after his brace against Western Sydney on Sunday took his tally to 10 goals in 18 games this season.

Asked if it was not just about being paid what he believes he is worth, but also being in a competitive team and having good players around him, the Irish striker told The World Game: "Yeah, that's spot on, you've ticked every box there.

Advertisement
"Every football player, every coach and every supporter wants to win trophies, wants to be competitive, wants to test themselves with and against the best players.

"I'm in my 30s and I want to win some silverware and that doesn't change. I'm ambitious and I hope the club is going to attract the kind of players that are going to bring the Mariners on and then it's an easier conversation to have, you know."

O'Donovan says he's also a big fan of what CEO Shaun Mielekamp and coach Paul Okon are doing with the Mariners.

"Shaun being the CEO on his own this year with Peter Storrie having left, that puts a lot more clarity behind the scenes," he said.

"Paul Okon coming in has been a great signing. He's been our best signing this year because he's a terrific coach. He gets his point across very well to the young squad we have and he has us playing a style and a system that works.

"The younger lads who were last year getting criticised for copping cheap goals and losing games are starting to show the benefits of more experience. We're starting to get clean sheets and pick up results.

"It's definitely heading in the right direction, but there's a little bit more to be done for the club to keep going and get back to where it has been in the past.

"Off the field things are being done the right way now. On the field we definitely need to add a little bit of quality if we're really going to kick on, but at the moment we're playing some good football."

Central Coast have played themselves into the finals reckoning with three straight wins.

Despite his on-going contract negotiations O'Donovan says his focus remains on the pitch and he's left it to his manager, Paddy Dominguez, and Mielekamp to continue discussions.

READ MORE
Mariners step in with contract offer for O'Donovan

"It's not something that stresses me out too much, you know," he said.

"I'm happy at the Mariners and enjoying my football and I'm looking forward to us playing Melbourne Victory at Gosford on Sunday.

"I think we're getting there as a team, but things can change very quickly if we don't keep doing our job. Hopefully we get a bumper crowd, because this is a huge game for us."