Koeman’s calamities could take years for Everton to undo

What a difference a few months makes. Everton entered this season believing they were a realistic shot at the top four. In late October, they’re in the relegation zone and have no manager. 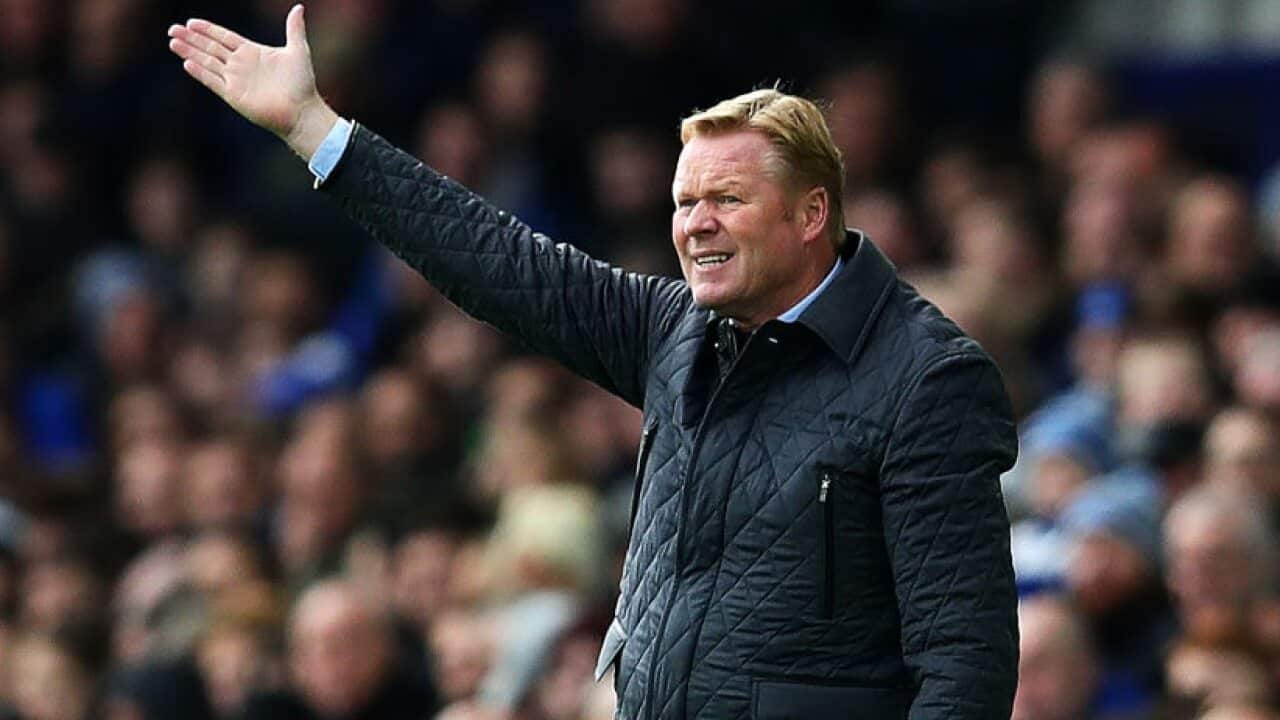 Ronaldo Koeman during his last game in charge of Everton Source: Getty Images

It’s the most perplexing story of the Premier League season. But a closer look reveals a manager hell bent on unnecessary, expensive risks and an inflexible personality that failed to adapt.

Ronald Koeman isn’t a bad coach but Everton were a bad fit. He’ll be remembered as the manager who got his hands on the long-anticipated money pot at the end of owner Farhad Moshiri’s rainbow and blew it.
Advertisement

Koeman worked well in the confines of Southampton, where his word was gospel and all looked up to him.

His transition to a bigger club was predicted to be smooth for such an icon. But his over-confidence and blind faith in his own ability always seemed unearned.

Everton’s only good time – results-wise – under Koeman was when they played physical, direct football as last season threatened to fall apart. But that wasn’t his remit. He was meant to teach them how to play better football. Attempts to do so this season have been catastrophic.

Yes, Everton have had a tough start to the season but that’s not an excuse. Not even close.

The club paid £5 million (A$8.45 million) to sign him from Southampton. They now pay many times that amount to relieve him and his staff of their duties.

Only 18 months ago, sacking Roberto Martinez cost them £10 million (A$16.9 million). What a total waste of money. And that list is growing.

Davy Klaassen was bought for £23.6 million (A$39.9 million) from Ajax and looks way out of his depth in the Premier League.

He was Koeman’s top personal target. Barring a Mkhitaryan-like turnaround, questions need to be asked about why Everton paid so much money for this player.

Roughly double that amount was spent on Gylfi Sigurdsson. A fine player by any measure but not worth anything like the figure shelled out.

Played wide, he has been perfunctory rather than peerless. The outrageous goal against Hajduk Split has been a solitary highlight.

Ashley Williams, signed for £12 million (A$20.3 million) as a 32-year old from Swansea City, has been exposed for a lack of pace and finesse – two non-negotiables at this level.

Then there’s the non-monetary things. Like Koeman’s ridiculous, petty battle with Ross Barkley, effectively driving a 23-year old, who needed nurturing and guidance into persona non-grata at the club he grew up supporting.

If I was the new manager, the first call I’d make would be to Barkley. While he's currently injured, Barkley is probably better than all the other number 10’s Everton have signed and at his age, remains a better long-term option.

Koeman’s overly tough love to a sensitive personality was bizarre and now the club risks losing him on a free transfer in the summer.

And it goes on. Koeman’s obsession with number 10’s (including Wayne Rooney, he’s currently got four of them in the squad) took his focus away from finding a striker to replace Romelu Lukaku.

His ridiculous stance on freezing out Oumar Niasse thawed all too late. Niasse has scored three goals in four Premier League games this season, but the damage had long been done there.

Koeman’s legacy is that the next manager has to clean up this mess. A fragmented dressing room without confidence and a mish-mash of players, none of who know their roles in this team.

Everton cannot afford to make the same mistakes with their next manager. They could gamble again with another boss who hasn’t been tested at a big club – like Sean Dyche or Eddie Howe – but one feels they need to aim up again.

Carlo Ancelotti would probably be out of reach but Thomas Tuchel may not. Always measured against Jurgen Klopp when Tuchel was at Dortmund, he might now get the chance to go head-to-head with him on Merseyside.

Tuchel has the tactical nous and ambition to get the Toffees back up the table and chasing the honours their fans crave. But looking at the car crash left behind, it certainly won’t be easy.