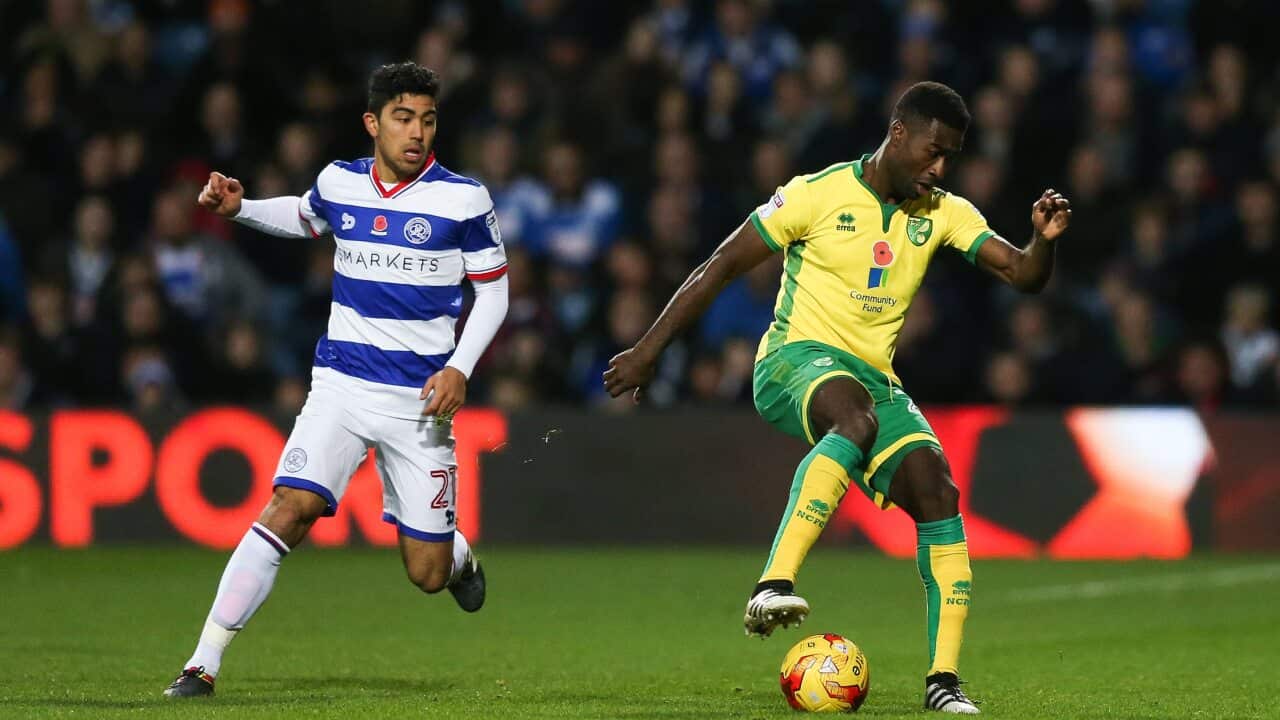 Being pitted against the world champions, South America's title holders - not to mention the yet to be decided African Cup of Nations champions - has set up what could be a group of grief for the Socceroos in Russia.

But Luongo is convinced being branded as underdogs will suit Australia as they face a Chile side which swept past them 3-1 at the 2014 FIFA World Cup and a Germany team they beat in 2011 and drew with in 2015.

With due deference to the might of Germany, it is Chile who Luongo admires most, declaring them a team whose philosophy parallels that of the Socceroos.

Advertisement
"I am really looking forward to playing them because our approach and way of thinking is in many ways the same as them," said the in-form Queens Park Rangers midfielder.

"For me, they are one of best three or four teams in the world ... as good, if not better, than Germany.

"They have always had that underdog status in their competitions and have played against the likes of Brazil and Argentina, and have smashed it basically.

"They have come along way ... maybe they don't have the best players in every position but they all share the same work ethic and have the sort of passion which I think we can relate too.

"For me, they have been the best team we've played for a long time ... I didn't get to face them at the World Cup but would love to have.

"They have players with quality on the ball and off the ball they are always pressing and they are quick and strong and basically never give up."

Despite the monumental task, Luongo - who missed QPR's 3-0 weekend loss at Ipswich with a virus - insists Australia will not be shrinking violets in Russia in the warm-up for the 2018 World Cup.

"We will be ok, I think," he said.  "We perform better when we are meant to be under the pump and when teams don't sit back and attack us.

"I don't think these sorts of teams realize how good we can be.

"We do find it difficult when teams sit off and know we will outplay them ... we can find them tough to break down.

"That won't be the case against teams like Germany and Chile who back themselves ... and we can take advantage of that.

"We want to leave our mark against them, they are massive games for our country.

"As an individual you always want to play against the best teams, teams who aren't worried about us and will take a different approach to the teams in our World Cup qualifying group."

Australia sit third behind Group B leaders Saudi Arabia and Japan on the path to Russia 2018, and with three successive draws have begun to stutter.

But Luongo feels no trepidation with three of their last five group games at home.

"We should be alright," said Luongo, who missed the disappointing 2-2 draw with group stragglers Thailand through injury.

"Of course teams will sit off but I don't think they will be able to do that and hold us out for 90 minutes.

"Obviously, you create a bit of doubt in your head when you haven't won in a little while.

"But quality normally comes out in the end and that's something we are hoping for.

"I am confident that will happen. We haven't been great in our recent performances but we are still unbeaten in the group, and have controlled most of the games we've played.

"Maybe we just need a bit more in the final third."

Luongo is expected to return for new coach Ian Holloway's third match in charge at home to Wolverhampton Wanderers on Friday (AEST).