Luongo homing in on Saudis in win-or-bust qualifier 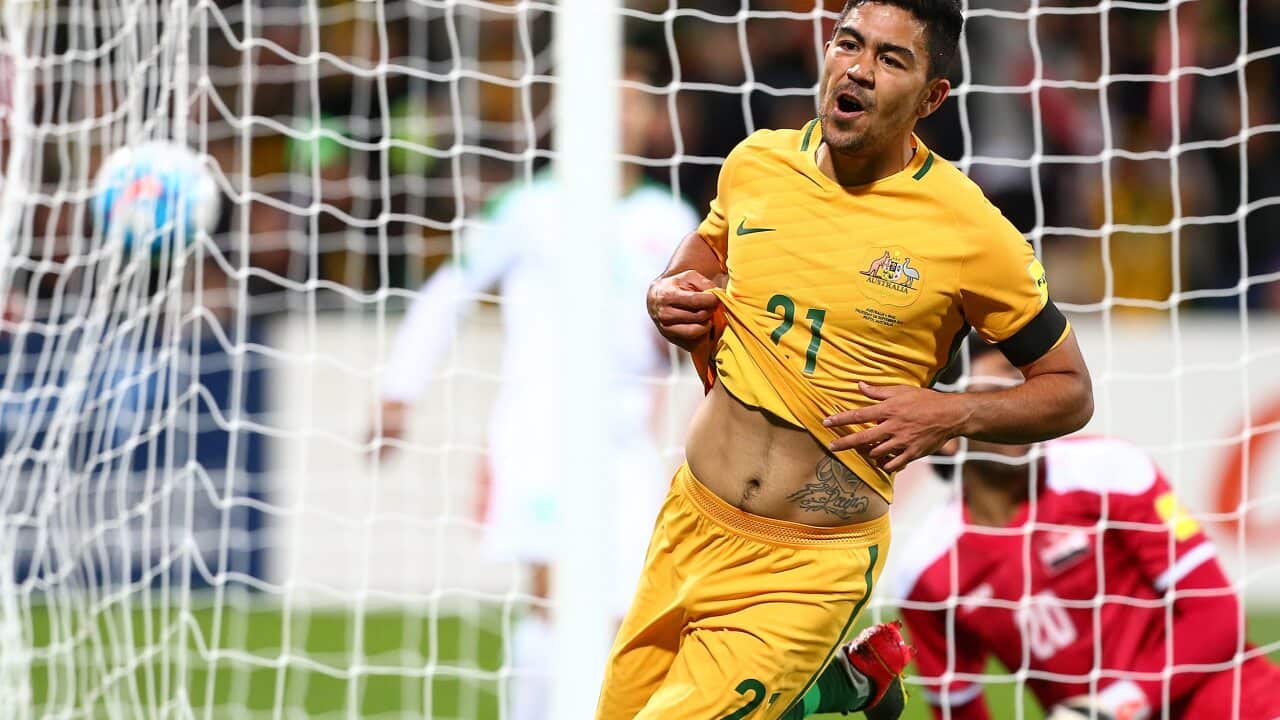 The player of the tournament as the Socceroos took out the 2015 AFC Asian Cup, Luongo knows only three points will do as the race to Russia reaches a critical point.

The equation is simple: a win by a two-goal margin in Adelaide in Thursday night's World Cup qualifier will leapfrog Ange Postecoglou's men above the Saudis into second spot in Group B on goal difference, with Japan away and Thailand at home to come.

The looming clash against Brazil in Melbourne and the FIFA Confederations Cup after that are merely window dressing, at this point, in Luongo's mind.

Advertisement
"The emphasis is on the qualifier ... we have to be in full flight for that," said the Queens Park Rangers linchpin.

"And whatever happens after, we worry about after. Everything has to be focused on the Saudi game.

"The group is very tight (with leaders Japan also three points clear of the Socceroos).

"But it's a home game with the crowd behind us and a big chance to get to where we want to be."

Blessed with a home record that is the envy of Asia, the Socceroos will, according to Luongo, expect to continue the trend of intimidation and domination, this time against the in-form Saudis.

"It's the theme of things when we play Asian teams here," said the 24-year-old.

"I am not sure about them freezing but they definitely have a difficult game plan to stick to for a full 90 minutes.

"We already have the edge before kick-off ... people don't realize how hard it is playing away from home for the teams that come here.

"You look at Japan and the way they set up against us when we played them at home (in the 1-1 draw).

"We completely didn't expect them just to sit off and let us have the ball the whole time the way they did."

Dropping points at this late stage isn't an option Luongo or his teammates are countenancing.

"It's got to be three points for us and the way Ange sets up it will be all guns blazing," he said.

And with the return of star pair of Tom Rogic and Aaron Mooy from injury, he knows he is no guarantee to start in a midfield where competition for spots has never been so intense.

"You can't expect that at this level because everybody offers something different," he said.

"Whover Is picked will have their own attributes. It's a perfect scenario for Ange.

READ MORE
Irvine has no regrets over turning down $160,000-a-week Chinese deal

"We just have to get on with it and be happy for whoever is picked and hopefully we get three points.

"We all want to get to the World Cup together and you have to put your personal goals aside and do what you can for the team to get to where we want to be."

With Postecoglou to step down after the next World Cup, assuming Australia qualify, Luongo believes he has every chance of leaving on a high.

"There is still another year after this for him to leave the impression he wants to," he said.

"He stated from the beginning it was a four year process and he's already won the Asian Cup, and and he wants to leave his mark at the next World Cup.

"I think we have way more in our locker still to come and when he does go it will set us up really well for whoever comes in next.

"The depth he has brought into the squad is amazing. He has done everything you want to do ... almost."

Luongo is coming off a season of consistency and consolation in the English Championship for a QPR side which struggled to find any sort of rhythm.

"It was a difficult season for the club, the manager changed and there were a lot of changes to the starting team," he explained.

"Individually, I played almost every game ... what more can you want?

"I had a very involved season and that gives me every chance of progressing and getting better.

"The Championship is a good platform for any player.

"One big season and you're up there and I'm hoping I can achieve that with QPR."