Socceroos star Massimo Luongo has been hailed as a Premier League player in the making - on the proviso he adds the missing ingredient of goals to his game. 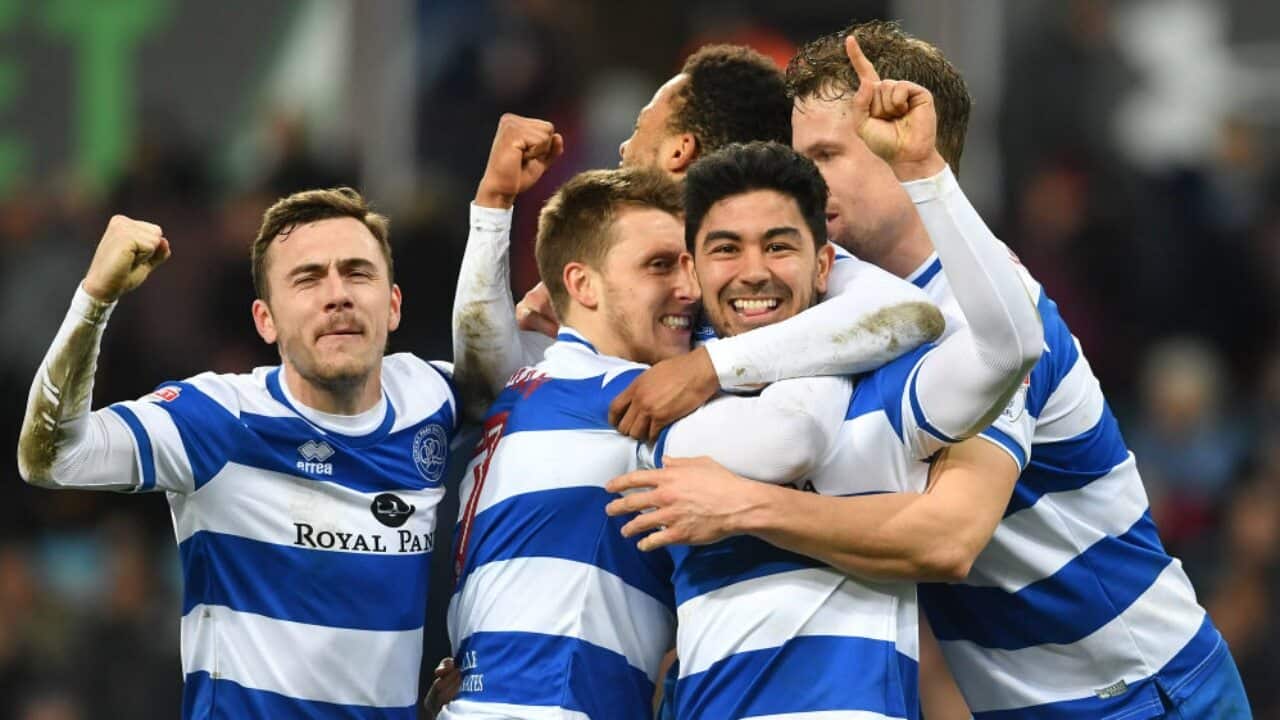 The Queens Park Rangers midfielder appears to be responding with three in his last five for the Championship club, as he heads into Saturday’s (AEDT) friendly with Norway in Oslo boasting the most prolific tally of his career so far.

Luongo, 25, has been goaded into hitting the net more regularly by QPR’s director of football and his one-time youth mentor at Tottenham, ex-Spurs, Newcastle and England striker Les Ferdinand.

Ferdinand believes if Luongo - who scored just once in his previous two seasons at Loftus Road - can turn scoring into a habit an EPL side will bid for him.

Advertisement
The Socceroos could be recipients of his streak, starting against the Norwegians and then Colombia at Fulham’s Craven Cottage four days later.

His most recent strike came in the weekend’s 2-2 draw with Fulham, with Luongo - who has five in 34 games this season - looking to build on this newly discovered ruthlessness.

“Les always tells me to get forward more and get those shots off on goal, but he’s a striker and that’s all he can see,” Luongo quipped.

“But the thing is when you score goals you’re always in the paper, regardless of what else you do on the pitch.

“I don’t think I can do much more to get noticed than I’m doing right now.

“If you add a goal or two people sit up and take notice.

“I can have the worst game in the world and score and people will talk about it.

“Scoring those goals lately has been an improvement and I’m working on it as much as I can.

“I want to nail down my focus on that aspect of my game a lot more.”

Admitting there were some nerves at the prospect of meeting new Socceroos coach Bert van Marwijk for the first time this week, Luongo has yet to discover where he will stand in the pecking order with the World Cup in Russia less than three months away.

Not always a certain starter under Ange Postecoglou, Luongo - who has netted five times in 32 appearances for his country since breaking through at the 2015 AFC Asian Cup - added: “It’s different when you’re in the national team, you’re not doing it for yourself you’re doing it for your country.

“Sometimes you can’t showcase in training how good a form you are in.

“The manager might have something in his head from the last game.

“Sometimes you just bite the bullet and accept you won’t start, and aim to make an impact when you come on.

“That’s all I can really do ... I know for a fact though that Ange had faith in me and liked me as a player.

“With the new boss, he’ll play his formation and pick players accordingly. It’s all up for grabs at the moment.

“Whatever happens we’re going to the World Cup as a team and as a country and if I’m not playing I won’t be down about it. I want us to win.”

He believes Australia can make inroads in Russia, where they face the might of France, then mid-range powers Denmark and Peru.

“We can play at a high press, with speed, good fitness and we’re strong,” Luongo said.

“I think some teams will be surprised how we play and maybe used to facing a team like us.

“Obviously we have to put in the work now with the new coach, who may want to change some things tactically.

“He will want to add to what we already know and I think he will take our performances to an even better level.”