Australia midfielder Massimo Luongo believes rivals are wasting their time analysing his team because nobody has a clue who coach Ange Postecoglou will field on match days. 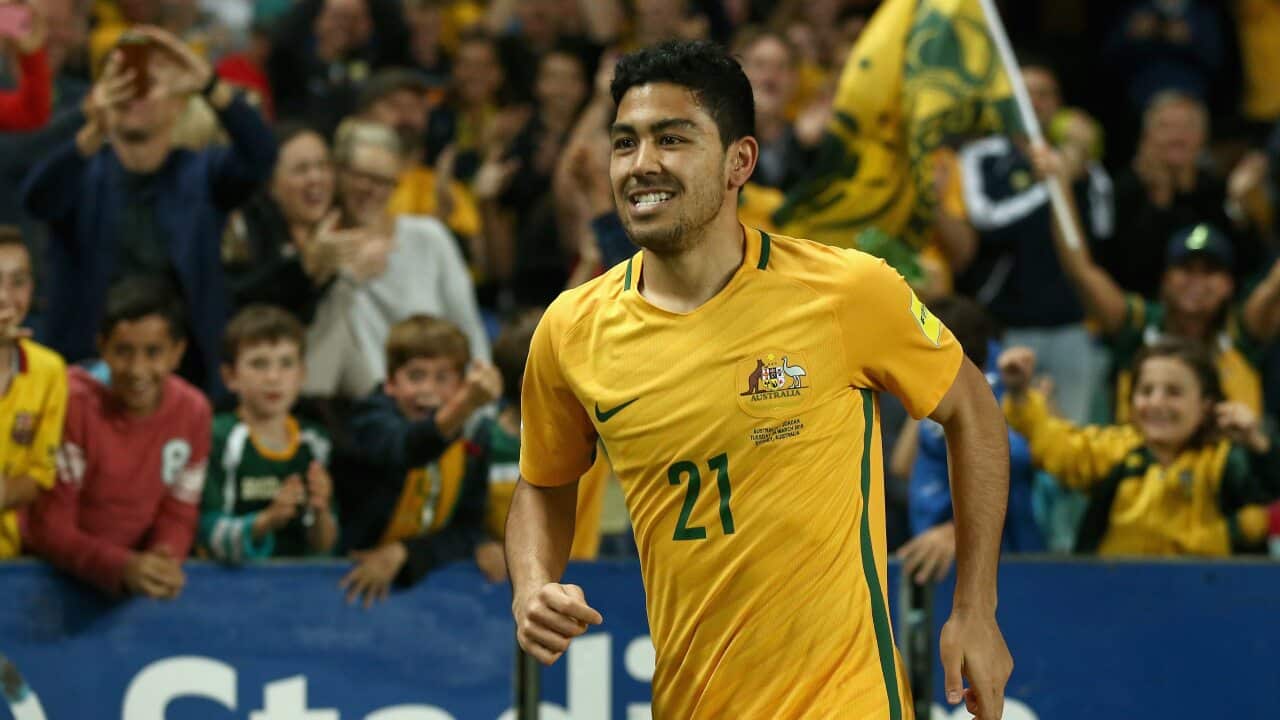 Once a certain starter, the 2015 player of the AFC Asian Cup has been locked in a two-way tussle with a majestic Tom Rogic recently for match minutes and takes nothing for granted in Postecoglou’s ever shifting and evolving landscape.

And he is not the only one left second guessing the whims of his mentor as Australia gears up for Thursday's first hit out on the home stretch to Russia against Iraq in Perth ahead of the duel against UAE in Abu Dhabi six days later.

“If teams analyse us the way we analyse them they will have all sorts of problems," said Luongo.

Advertisement
"They can’t really dwell too much on how to counter any one player because that player might easily not play and another person could just as easily come in.

“If they do their homework on us, they will most probably be in for it because anybody can come in and everybody possesses something different."

The Queens Park Rangers man doesn’t underestimate what lies ahead for the Socceroos, explaining: “It’s do-or-die time now. The squad the manager has picked shows he doesn’t want to take any chances, and wants to put the best squad forward regardless of who he picks on the day.

“He wants to prove a point in these qualifiers and also get the job done.

“We have good experience among what is a young squad … I feel we are well equipped with the right people to do the job.

“Whoever gets picked on the day … everybody offers something different which is a good thing. There’s a good balance there.

“If the game goes one way, he has options to make subs whether we are winning or losing, and that can make a difference.

He has lots of options … and it all works for the better.”

Driven more by the team ethic than his own ego, Luongo is not precious over whether he starts or not against Iraq, or anybody else.

“It doesn’t matter, it’s just whoever gets picked on the day," he declared. “I don’t see myself as competing against anybody in a particular … I turn up to do a job regardless if I am starting or if I am not.

"Of course I want to play and to start games but I don’t get too carried away. Everybody has things they are good and not so good at.  The biggest teams in the world have that, so it’s a good thing. We're in a good place as a national team right now.”

While partially shackled by a rigid formation at QPR, Luongo enjoys a more creative role for Australia.

"It's a bit different from QPR, where I have to restrain myself more and first and foremost work hard for the team," he said.

“It shows people that I do have another side of my game. I try and combine a bit of both on match days for my club."

Luongo feels QPR will need to strengthen to be a promotion contender.

“Our squad is decent ...we have the right type of players and characters at the club. It’s more a case of if somebody gets injured, and maybe creating a bit more competition and getting the best out of players. Then we could be a real force.

“He has the pace and power to hurt teams. He’s quality.”