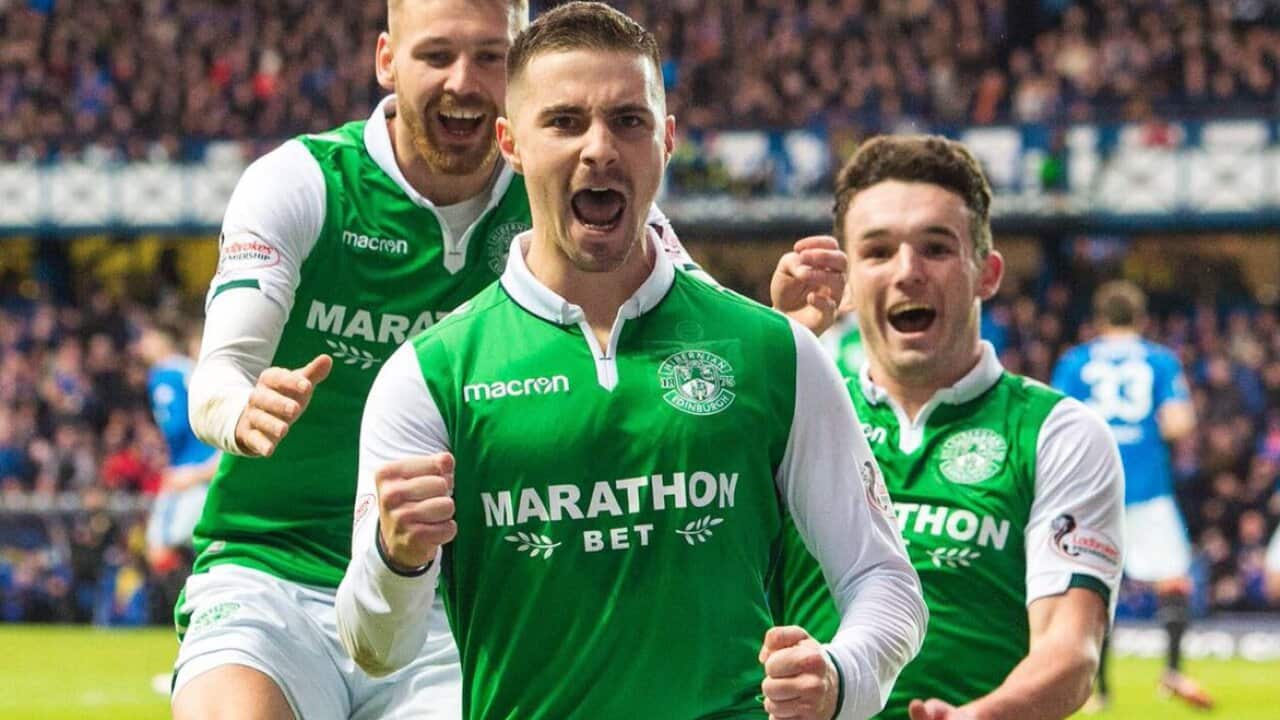 The 25-year-old played the second half of last season with the Edinburgh club on loan, scoring eight goals in 15 matches.

Maclaren has since returned to German second division club SV Darmstadt, where he has two years remaining on his contract.

The Melbourne-born forward joined the German side in 2017 from Brisbane Roar but struggled to break through, failing to make a single start.

Advertisement
However, his time in Scotland proved much more fruitful, eventually leading to a call-up for Australia's 2018 FIFA World Cup squad.

Speaking after Hibs' 4-3 aggregate win over Asteras Tripolis in second round UEFA Europa League qualifying, Lennon made it clear that Maclaren's return was imminent, despite the Aussie being linked to a move back to the A-League.

“Jamie Maclaren, I think, is getting closer and hopefully we’ll have something over the line by the weekend. “It’s very close but nothing’s guaranteed in this game," Lennon said.

"It’s another body and a good player in the building - another centre-forward - and it takes the pressure of Florian Kamberi and Martin Boyle."

The Scottish Premier League starts this weekend, however the Scottish transfer window will stay open until August 31.