British bookmakers have installed former Manchester City manager Roberto Mancini as the favourite to take over as Leicester City boss. 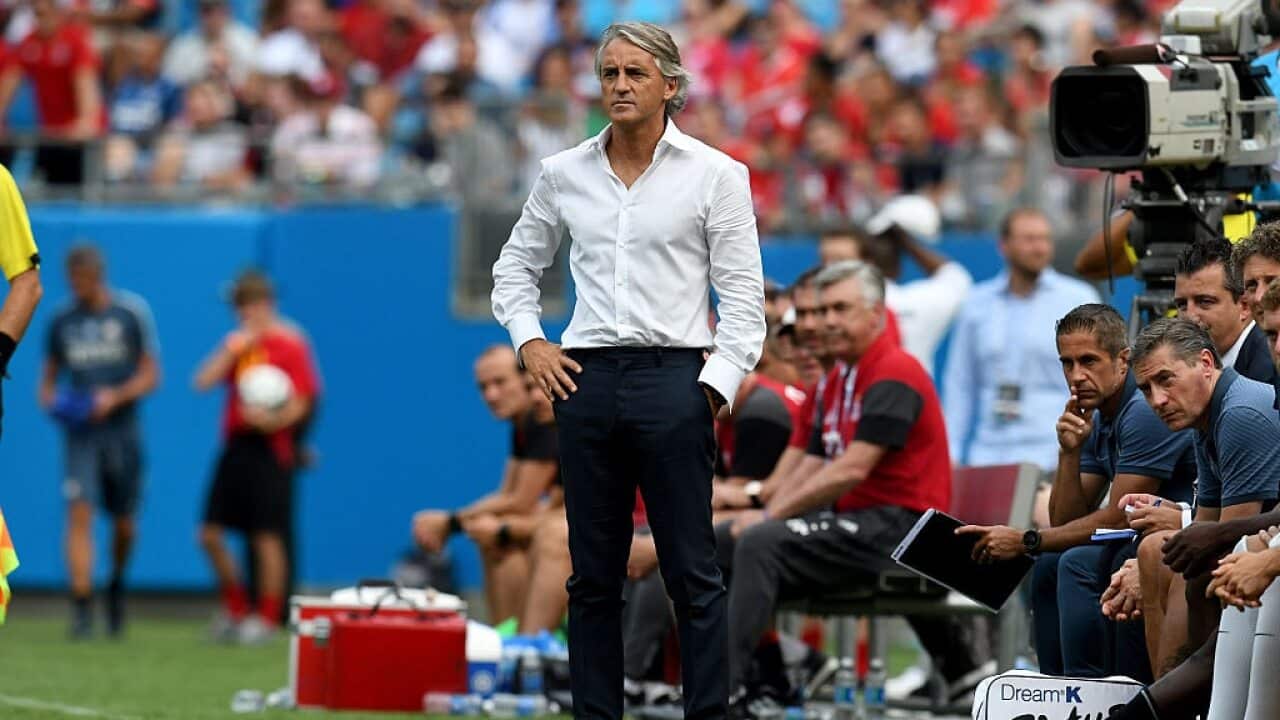 After the sacking of Italian Claudio Ranieri, countryman Mancini leads a list of candidates linked with the vacant position.

Mancini, who left Inter Milan last August, led City to the Premier League title in 2012 and had a short loan spell as a Foxes player in 2001.

Former Leicester manager Nigel Pearson is second favourite while Alan Pardew, Guus Hiddink, Frank de Boer and Gary Rowett are among the others believed to be in the running.

Assistant manager Craig Shakespeare and Mike Stowell will take interim charge for the match against Liverpool, hoping to end a nine-match winless run in all competitions.

The affable Ranieri is a hugely popular figure after leading 5,000-1 outsiders Leicester to the title last season, but the team are currently just a point and a place above the relegation zone.

In England, respected pundits were quick to criticise his dismissal, with former Liverpool defender Jamie Carragher calling it an "absolute joke".

"They were everyone's second team but that's well gone now... I'm devastated for him. A lot of questions have got to be asked of the owners and of the players.

Manchester United manager Jose Mourinho, who was sacked by Chelsea in December 2015, less than a year after winning the title, posted a message of support for Ranieri on Instagram.

"Champion of England and FIFA Manager of the Year. Sacked. That's the new football, Claudio. Keep smiling AMICO (friend). Nobody can delete the history you wrote," said Mourinho, whose last game in charge of Chelsea ended in defeat by soon-to-be champions Leicester.